Previously: “Very well, Flutters, thank you; rest, eat, and be ready to fly in an hour,” Mac was certain they needed to move quickly, “Hiram? You and the K-9 deputies find us a way around the wall—a stealthy way.”

“We should move deeper into the woods and leave no trail,” Wyatt Earp IV suggested, “Just in case.”

Within minutes, there was no sign they’d been there, as each of our heroes was quite skilled at covering their tracks, GENTLE READER—as I’m quite sure you already know.

The good news—they found no tracks.

Season Eleven—Adventure 3—Devil Track Trading II—Episode 2: Mac, of course, had no idea of those orders to take Outpost Waanaki`, and even if he had known—it would have changed nothing as Waanaki` was the responsibility of the US Cavalry—not our intrepid marshals.

“Move ahead quietly—very, very quietly,” Mac instructed the sentient horses, “Deputies draw your weapons and prepare to fire on my order.” 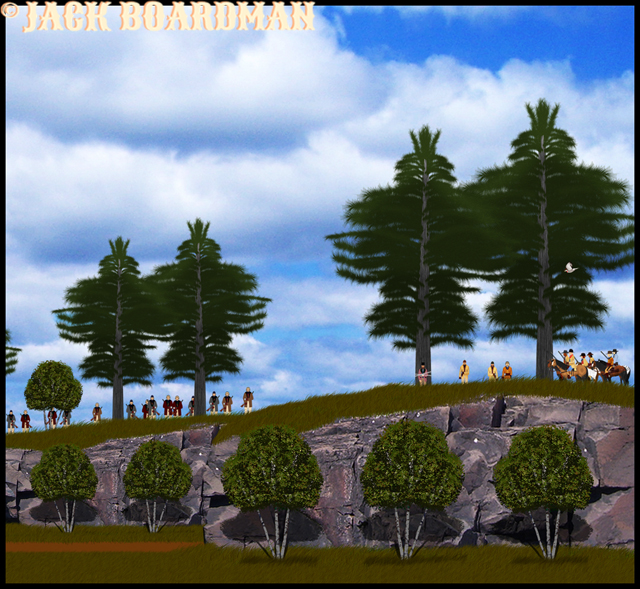 Lefarge and his two lieutenants did not hear their approach until, “Don’t move—and don’t make a sound.”

Mac spoke so quietly they barely heard him and turned to face the voice. Before they could speak, “Drop your weapons; quietly, if you will.”

LeFarge was not a brave man and knew if he cooperated he would likely live another day—and find a way to get out of this. He did what he was told to do and his lieutenants followed his lead.

After securing their prisoners and untying Goodfellow, the marshals moved ahead knowing there was no chance of avoiding gunfire—prepared themselves.

The outlaw traders fired on the marshals. 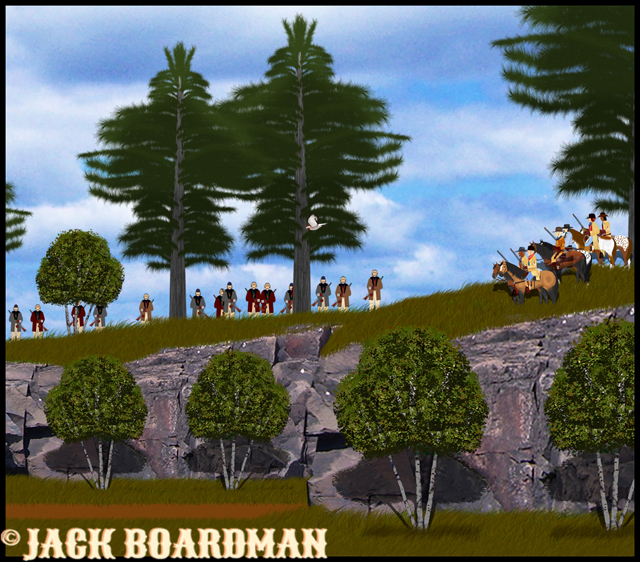 The outlaw traders fired on the marshals