Previously: They lingered for a while on the Capitol grounds—before… “Okay, let’s go to the Capitol Market Wine & Cheese Shop—and then head for the camp.”

“That oughta do just fine.”

By the end of the day—both were exhausted—and happy as they pulled into Harold Camp—where Sarah’s aunt greeted them, “How are the girls—and why didn’t you bring them?”

“They’re fine, keeping the home-fires lit and Brianna still likes trees and has many to choose from,” Sarah replied.

“I hear that Danger Bay is a great place—right on Lake Superior.”

“It is,” Jay agreed, “But this is still home in our hearts.”

Season 12—Adventure 5—Vacations—Episode 6… Crossing the Texas Border after leaving the land of the dead was exciting. 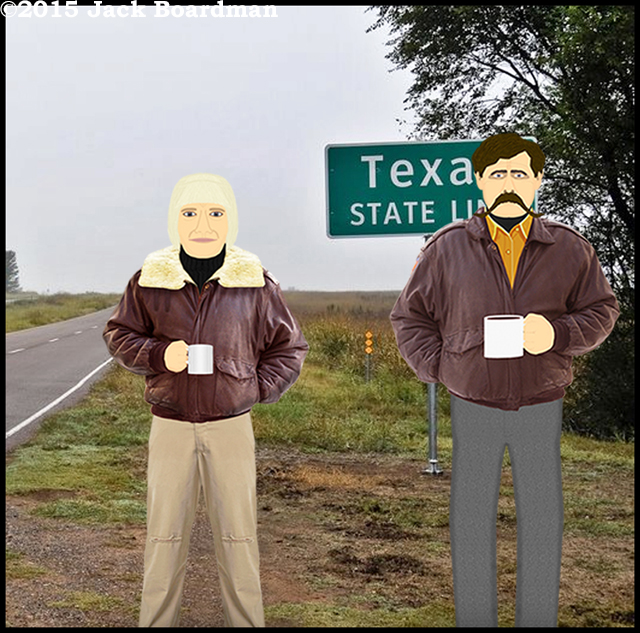 Just as they crossed over George Strait’s voice came on the radio “Amarillo by morning up from San Anton.”

Chris and Wyatt started laughing joyfully as that is where they were headed.

They looked on this as a good omen since George knew where they were going. They set Gertrude to Amarillo and drove along.

The first town they saw was called Shamrock, the sadness Chris had felt going the other direction was also felt here.  Abandoned Route 66 buildings—broken down and falling apart.  They decided just to keep going on into Amarillo.  Gertrude found them the perfect place in Amarillo. A tourist trap for sure, but at least vibrant one.

Over one mile of antiques and collectibles, located along 6th Avenue between Georgia and Western—await the visitor to Historic Route 66 in Amarillo. The neighborhood was one of the city’s first residential and business districts. Featuring buildings that once housed theaters, cafes and drug stores—the historic places now contain antique, craft and specialty shops, music venues and unique dining experiences.

They spent the night in Amarillo and got a lot of tourist gifts for everyone back in Danger Bay. 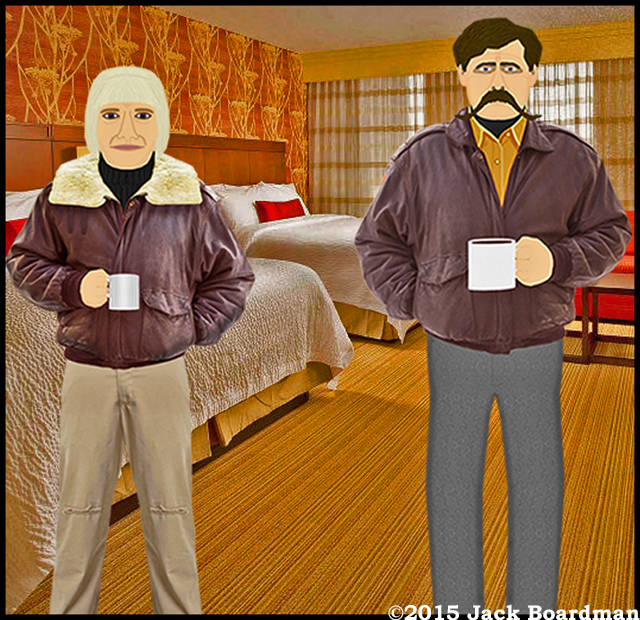 The next morning they headed for New Mexico