Previously: They drove through LA—the traffic on the California Freeway was—beyond busy!

Suddenly there it was—The Santa Monica Pier!  They parked and walked toward the pier and there it was.

Chris was jumping up and down with joy. “Look Wyatt look the sign…there is a sign! I feel completed! At last I feel the accomplishment we have made!”

California Highway 1 was a fun road to travel with glimpses of the ocean all the way up. In the bay area they decided to skip Oregon and crossed over the Oakland Bridge and headed towards Reno.

As soon as they crossed into Nevada—Chris got really quiet. She was feeling very strange emotions.

It went on for several hundred miles—even when they stopped for lunch in Winnemucca she remained very quiet.

Wyatt was getting concerned, “What is going on with you?  Are you OK?”

Season 12—Adventure 5—Vacations—Episode 11… “I am just having so many emotions since we crossed into Nevada.”

“You will think I am a little nutty but I feel Lacy and Christine. I feel them close all through here. If I believed in reincarnation like Marty, Kris, Johnny, Willie and Meryl do this would be the time.”

“How do you know they believe in reincarnation?”

“Have you not ever listened to El Paso City and The Highwayman?” Chris replied.

“Yes, but I never thought too much about them.”

Chris went on, “Is it possible I am Lacy in this lifetime? Is that why I could almost get into her head and know what she was going to do and what she was feeling?”

Wyatt had no answers and did not know much about the subject, so the subject sort of dropped.

When they crossed the border into Utah Chris was back to her normal self.

They spent the night in Salt Lake City and discovered they could not get a drink except a beer without paying a membership fee to a private club. 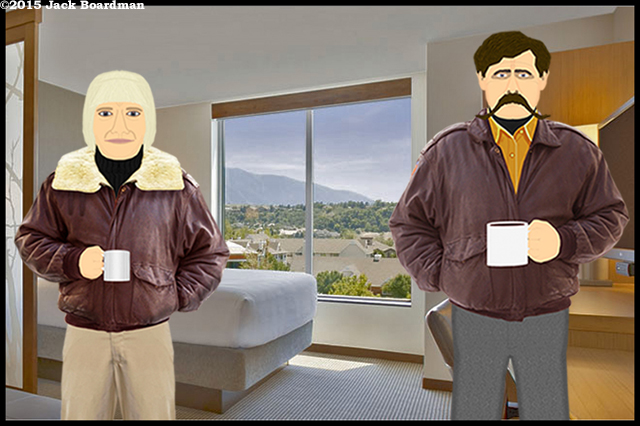 The city was surrounded by big mountains and was in a bowl that held in a lot of smog and stuff in the air.

They decided they were through with vacation and were anxious to get home—and didn’t stop again except for gas and food and take turns driving while the other slept.

Two and a half days later they arrived in Owatonna, Minnesota, where they stopped to fuel the old Pontiac and grab a bite to eat.

After a relatively relaxing meal, they drove back onto I35 and headed north.