Let me introduce you

Let me introduce you to the characters inhabiting the Cyber Café, which Silverthorn Enterprises purchased just months ago—but first—I should introduce the people who own Silverthorn Enterprises: Kiwi, my wife, to my right, and Camille and Medlar Farkleberry to her right. We own and operate small restaurants, not only in Danger Bay and Moosehead City—but in Duluth, Moose Lake, Sturgeon Lake, and Hinckley Minnesota. We also own the Star Oil Company, providing bio-petroleum fuels and lubricants throughout the Arrowhead Region of Minnesota.

On my left is my grandson, James Silverthorn III, who ably manages the cyber café. 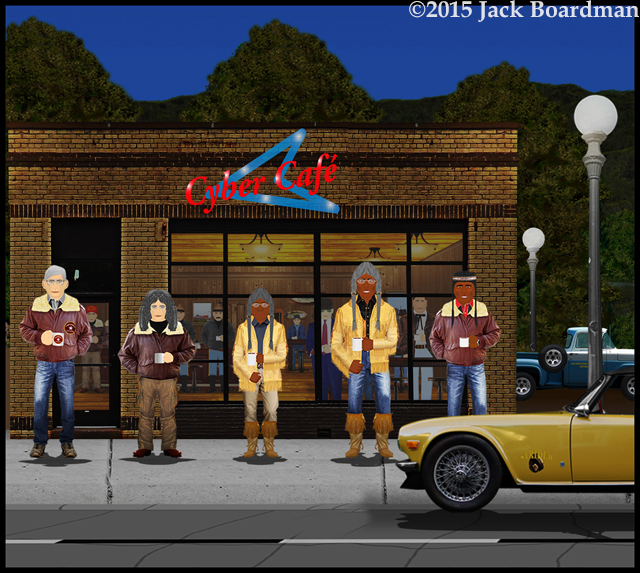 Let’s go inside and get acquainted with our cast of café regulars—and for the first time in the history of the Port of Danger Bay Minnesota—learn something about their politics: 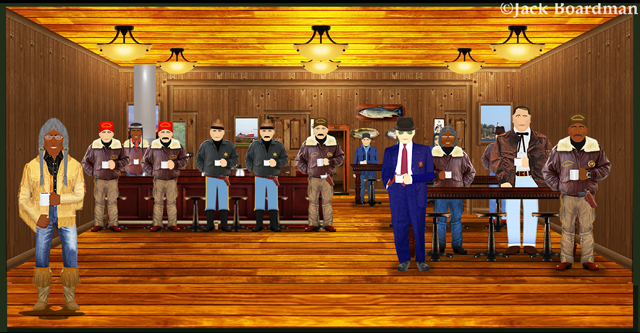 This series, written by Big Mac (Carl McIntyre), is the only glimpse you will have of our politics—and the LAST time a cyber-character will write a blog-post.

6 Responses to Let me introduce you