My Story—submitted by Jack (Boomer) Boardman 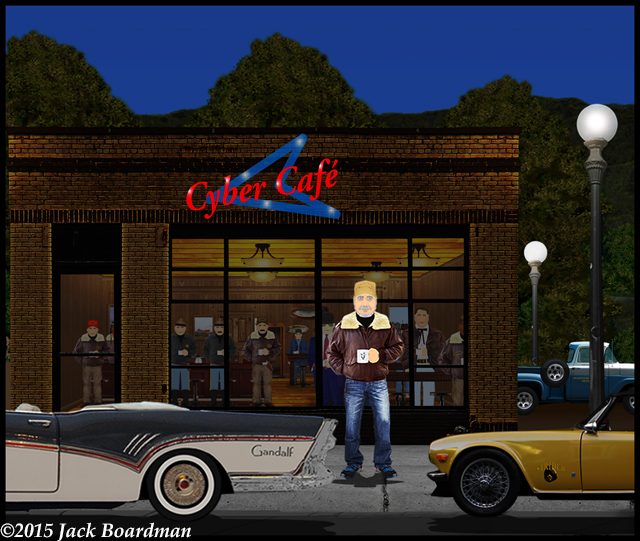 My personal hero was my father, William (Bill) Arthur Boardman (1899-1973), an unapologetic Democrat as long I knew him—a strong union man (Lifetime Member of the Sign Painter’s Union Local 789 (now known as “Local 880–Twin Cities Minneapolis and St. Paul, MN… Sign Display and Allied Workers”), even after he owned his own shop.

I self-describe as a Humphrey–Wellstone Democrat, although I temper that with a helping of pragmatism—I will support whomever ultimately secures the Democratic nomination.

I am concerned about the fact that he current top Marginal Tax Rate is only 39.6% (Forbes)

[…]During the administration of Republican President Dwight D. Eisenhower, a 92 percent marginal income tax rate for top earners in the United States remained from the previous administration of Harry S. Truman. At the time, the highest tax bracket was for income over $400,000.

This was nearly the highest tax rate for top earners in the century, just under the 94 percent rate for income over $200,000 instated during World War II under Franklin D. Roosevelt’s presidency.

In 1954, the 92 percent marginal rate decreased to 91 percent under Eisenhower. The maximum tax on long-term capital gains was 25 percent — a rate that remained in place for a decade.

The marginal tax rate on the highest regular income bracket fell below 90 percent for the first time in 20 years in 1964 – the first year of Lyndon B. Johnson’s presidency.

This decrease put the tax rate at 77 percent for income over $400,000. By the end of Johnson’s administration, the tax rate fell by 1.75 percentage points, but the threshold for income in the highest tax bracket also fell to $200,000.

The capital gains tax rate under Reagan started at 20 percent. By the time he left office, the capital gains rate had risen to the 28 percent rate that was in place at the end of the Carter administration.

George W. Bush decreased the regular marginal income tax rate for top earners by over four percentage points during his presidency, while increasing the income level for the highest tax bracket $60,350.

In addition, the highest capital gains tax rate fell near to its current rate of 15 percent.

The Bush tax cuts have remained through the Obama administration, with a 35 percent marginal income tax for the top income bracket and a 15 percent capital gains income tax. However, unless Congress acts by the end of this year, the 2001, 2003 and 2006 tax cuts will expire at the end of December 2012.

Here’s what I’m trying to point-out: “Supply-Side Economics” only benefit the very-wealthy, and if there’s anything left over it might “trickle-down” to the rest of us. R-I-I-I-I-G-H-T…—“Demand-Side Economics” benefit everyone by creating demand for local goods & services—thus creating American jobs to fill those demands.

The years of the Eisenhower through Johnson administration were, perhaps, the halcyon years for the middle, and even lower-class (white) folks, who could live on one income.

I’m very peeved that MAJOR US COMPANIES PAY NO TAXES…

And from the conservative Newsmax […]”A sensible starting point should be to critically assess the costs of each of these tax breaks and to take steps to ensure that profitable corporations pay their fair share of U.S. taxes,” the study says.
Corporations who benefit from this country should pay for those benefits!

In my opinion, the last great Republican President was Dwight David Eisenhower (served: Jan 1951- Jan 1961), who in his Farewell Address January 17, 1961 stated […] “…In the councils of government, we must guard against the acquisition of unwarranted influence, whether sought or unsought, by the military-industrial complex…”

A strong military is important—but—how much is too much—especially weapons systems even the military does not want! Currently, the United States spends $581 Billion on defense as opposed to $532 Billion spent the next nine nations—combined! We are forced to purchase weapons systems we can’t use […]“We are still having to procure systems we don’t need,” (Army Chief of Staff, General) Odierno said, adding that the Army spends “hundreds of millions of dollars on tanks that we simply don’t have the structure for anymore.”

So why are we taxpayers spending all this money on weapons we don’t need?

Overall—it seems to me that our priorities wrong-headed—feeding the upper 1% has done nothing—NOTHING for the middle-class—it has only served the very-wealthy.

9 Responses to My Story—submitted by Jack (Boomer) Boardman