RCMP troop on the way

PREVIOUSLY: “Consider it a ‘consultant-retention bonus.’ You and the others Lacy brought into our little family will accept my offer to serve here—when not engaged in other duties—keeping our dealers loyal.”

“And if we find a disloyal dealer?”

“Ah—just as sweet as you look, m’dear,” Christine replied, “This is a harsh business. But I will trust your judgement.”

“I suspected as much. Let’s get down to business.”

“What kind of business do you have in mind?” 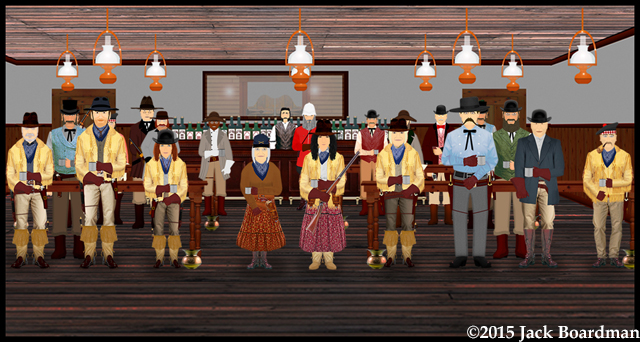 “First—we need to clean house,” she replied, “Find and eliminate untrustworthy members of my ‘staff,’ mostly my field people—some of whom have decided to attempt to undercut my operations here.”

“By operating as highwaymen—robbing and even killing potential customers of this pub.”

“Any area in particular?”

“Mostly south of town, but there is one group to the north. Rumor has it some are dressed as Mounties, and are planning to hit anyone on the road and take their money—or anything else of value,” she continued, “If this keeps-up, we’ll go broke.”

“Yes,” Christine replied, “The bunch to the north is simply too powerful—we’ll have to wait for the Mounties to respond—they’ve been contacted, and an Inspector MacIntyre has an RCMP troop on the way.”

MEANWHILE—Flutters rushed to tell his friends what he found… Happily—he found something better along the way—the Adventure Train! It was clear—even to Flutters—that telling his friends what was coming down the road was not enough—they were overmatched and far outgunned. 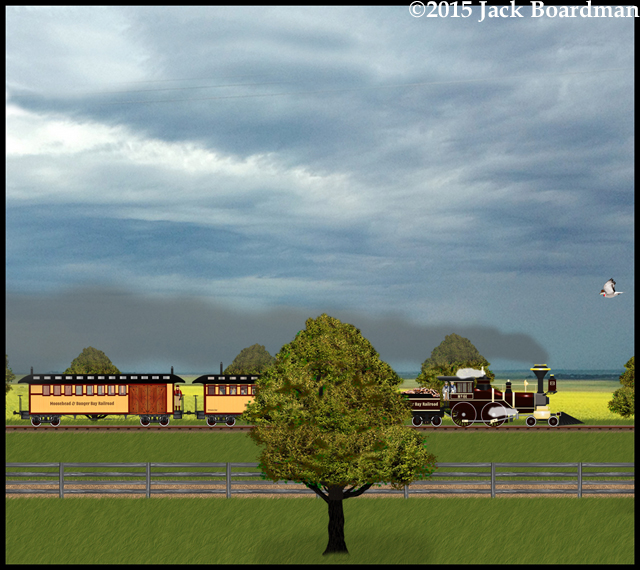 Flutters landed on the Parlor Car and reported immediately to James Silverthorn, “We have fake Mounties on the road a few miles away—and Big Mac and company heading towards them—they have a wagon full of armed highwaymen with them—far too strong a force for them to defeat. What can you do to help?”

“There is much we can do, my friend,” Silverthorn replied, “Let’s meet with Inspector MacIntyre.”

6 Responses to RCMP troop on the way