PREVIOUSLY: MEANWHILE—Flutters rushed to tell his friends what he found… Happily—he found something better along the way—the Adventure Train! It was clear—even to Flutters—that telling his friends what was coming down the road was not enough—they were overmatched and far outgunned.

Flutters landed on the Parlor Car and reported immediately to James Silverthorn, “We have fake Mounties on the road a few miles away—and Big Mac and company heading towards them—they have a wagon full of armed highwaymen with them—far too strong a force for them to defeat. What can you do to help?”

“There is much we can do, my friend,” Silverthorn replied, “Let’s meet with Inspector MacIntyre.” 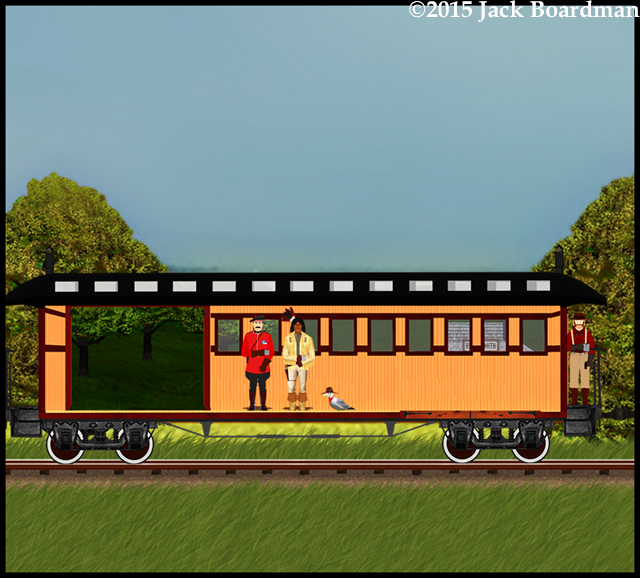 Both smiled. Inspector MacIntyre replied, “We have a little surprise for them—that will even the odds.”

Chris found herself riding next to Lacy Dalton, “I know you’re quick with those Remingtons you carry—who’s the fastest?” 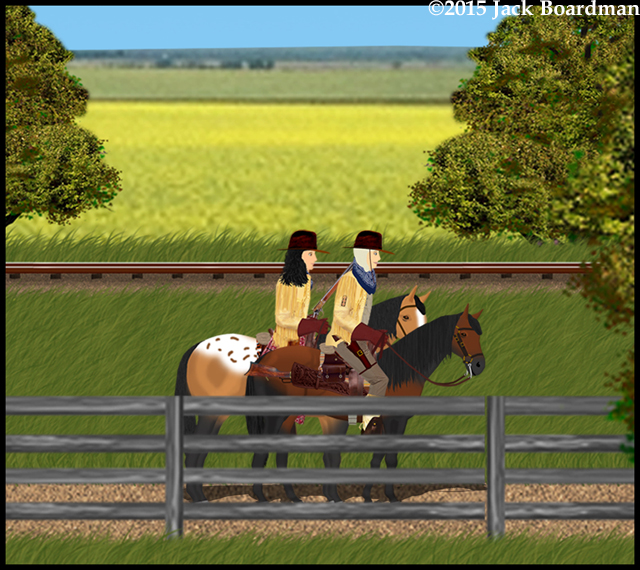 Chris found herself riding next to Lacy Dalton

Lacy was quiet for a while mulling-over what Chris said, and then, “I feel I know you—or knew you. Have we met?”

“No, Lacy, we haven’t met, but, you and I are a lot alike—we are both shootists, but reluctantly so—we only go for the gun when it’s absolutely necessary,” Chris replied, “And we’re both really good at it.”

“I reckon so,” Lacy replied, “I don’t much like killing, but sometimes it’s necessary.”

Chris by that time was deep in thought. She was remembering how she had felt when she and Wyatt crossed Nevada. She felt Lacy there and had expressed to Wyatt her thoughts on reincarnation. Was it possible she was Lacy and Lacy was her?

When she and Wyatt were in Sedona she had bought several books on reincarnation and simultaneous lives. One passage from an author stuck out to her, “Many spiritual teachers and spirit guides, including my own guides, talk about reincarnation—one lifetime after another, often spanning many centuries. They also talk about simultaneous time—where past, present, and future all exists in the present moment.”

What if Lacy and she were two parts of a whole that exists in even more timelines?

Chris shook her head; those kinds of thoughts could lead to a mistake.

She did not want to put her friends in any danger.

But how could she let anything happen to Lacy if she were part of her?