Slater got the message

PREVIOUSLY: He remained unconscious for about 15 minutes—and when he came to he looked at Ralph, and blurted, “YOU!”

And immediately knew he’d made a big mistake.

Both McIntyre brothers moved to each side of Slater—with Mac rumbling—ominously, “You’re working for Lacy Dalton.”

It was not a question—fear spread across his face as he rightly determined that Mac would take great pleasure in mangling him beyond all recognition—smiling widely as he did so, “Y-y-yes. I-I-I was…”

“Why were you and your dead friends killing innocent people—people whose only ‘crime’ was travelling?”

“To make Lacy and Christine Dalton look bad—so’s me and my boys could take-over O’Rourke’s Drift.”

Season 12—Adventure 7—Saskatchewan Part Deux! Episode 9… The Mounties and horse guns returned to the Adventure Train—James Silverthorn and his Native irregulars remained behind to escort the folks in the Conestoga wagon to O’Rouke’s Drift safely—waiting an hour after the McIntyre brothers and the Halvorsons departed, escorting Miles to O’Rourke’s Drift as well. They believed holding a trial there might just make an impression on the citizens of the town.

“Straight?” Big Mac addressed Slater, “What did you mean by ‘straight’?” 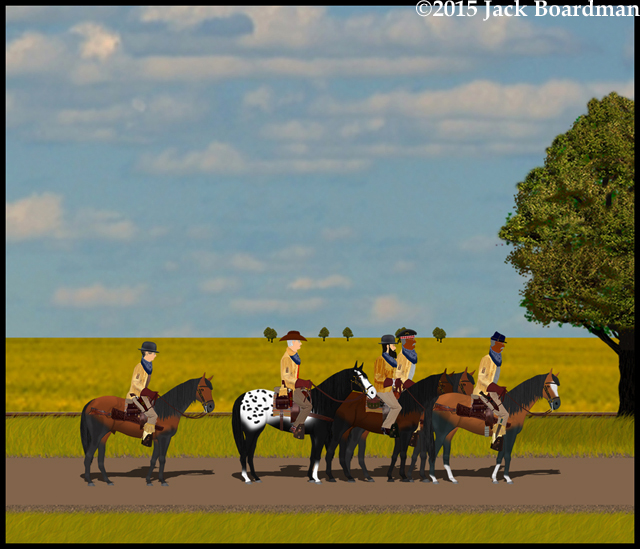 “They rig the Blackjack games so some people will win—not lose, and with the rest—they let the odds determine the outcome.”

“That sounds like a great business strategy,” Linda was intrigued, “Cheating in favor of the ‘mark,’ instead of against.”

“Whaddareya gonna do with me?” Slater asked.

“You’ll be locked-up until we can arrange a fair trial,” Merle replied, “And then you’ll stand trial on multiple counts of murder.”

“Really?” Linda replied, “We all heard Mac ask you ‘Why were you and your dead friends killing innocent people—people whose only ‘crime’ was travelling?’ to which you replied, ‘To make Lacy and Christine Dalton look bad—so’s me and my boys could take-over O’Rourke’s Drift.’ Seems to me—you admitted to murder.”

“You got no proof we done any killing.”

They rode slowly along the road—remaining alert for highwaymen as the threat continued to exist.

The boredom came to an end when Daisy—trotting just beyond the RR tracks—bayed, “Incoming Flutters!” 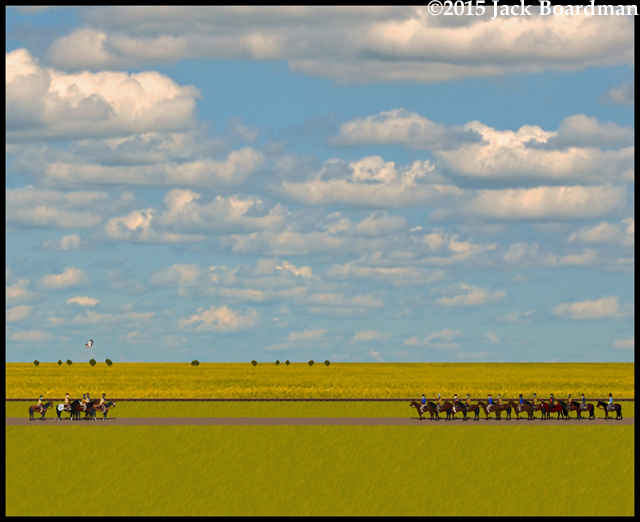 Daisy had intentionally positioned herself on the far side of the elevated tracks to cover that flank where Ralph and company could not see.

“Okay—you know what to do!” Mac exclaimed, “Play it cool!”

Ralph glanced at Slater, “YOU KEEP YOUR MOUTH SHUT—OR YOU’LL BE THE FIRST TO DIE!”

Slater got the message.

6 Responses to Slater got the message