PREVIOUSLY: She paused a little before answering, “I think this is a solution to keeping the highwaymen who’ve been attacking our customers at bay. We need two people to supervise, Miles, you run the south patrol. Who for the north?”

“That would be me,” Ralph replied, “I already head-up my four, give me a dozen or so more, and we can handle the south just fine. If you can’t spare that many—I can find more.”

Lacy was impressed by Ralph’s confidence, “You find that dozen—and you got the job.”

“Oh—I can indeed,” Ralph grinned, “But, we should have a few more—for our own protection. Let me choose a few in town here, over and above the dozen—and I guarantee you the north will be safe for travelers.”

“You drive a hard bargain, Ralph,” Lacy replied after thinking it over, “Deal.”

Season 12—Adventure 7—Saskatchewan Part Deux! Episode 13… The gang, thanks to Ralph, was back together again—and patrolling the road north of O’Rourke’s Drift. Due to its central location, Ralph decided to make their headquarters in Dalton, taking-over the cabin used by Lacy—with her blessing—she hated that town, and felt much more comfortable in O’Rourke’s Drift. 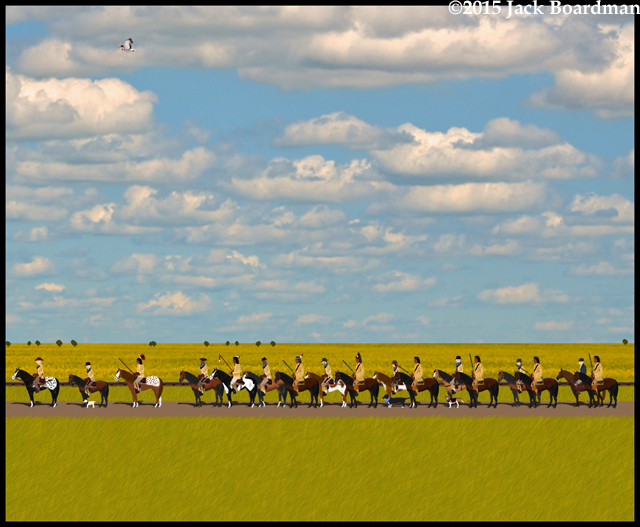 As they made their way towards Dalton, they came across two separate bands of highwaymen—one group turned and ran—the other, a little less prudent, had the unmitigated gall to attack—they would never make that mistake again. Or any other mistakes.

No one liked killing all that much—even the itchy-trigger-fingered Chris & Linda—sometimes it was necessary. This was one of those times.

MEANWHILE—Lacy was having an uncomfortable conversation with her grandmother, Christine… After looking over the books, Lacy noticed that their profit-margin had been steadily improved—there was only one way this could happen: the house was beginning to cheat.

“Gramma, I thought we’d agreed not to be like all the other gambling operations—and not cheat our customers, what are you doing?”

“Have you noticed how closely those newcomers seem to be with their horses, dogs and that bird?”

“Their animals have human intelligence.”

“Oh—poppycock,” Lacy replied, “Whatever gave you that idea?”

Startled by a squawky voice coming from above, Lacy looked up—and was stunned to silence.

“No one trained me,” He squawked, “I’m as smart as you are—perhaps smarter.”

Lacy was no dummy, her IQ near genius—she quickly calculated the distance and speed of the bird’s flight, raised her custom Winchester ’73—and shot off one of the big crow’s wing feather tips, “The next round goes through you head!” 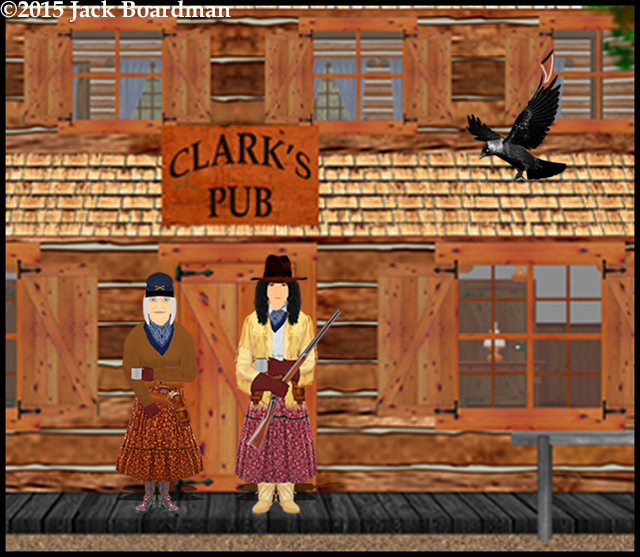 She raised the rifle again, “This one will take your head off, crow.”

14 Responses to The big crow