Lacy grinned in response, “Smart move, bird, what do you offer us—in exchange for your life? Just so you know that your life is dependent upon your answer.”

“I offer you my services as a spy,” he replied, “And perhaps, to kill your enemy’s dog & bird spies.”

“And what form of payment do you expect—as a bird?”

Season 12—Adventure 7—Saskatchewan Part Deux! Episode 15… Standing next to her was probably the most compelling figure of a man she had EVER seen. 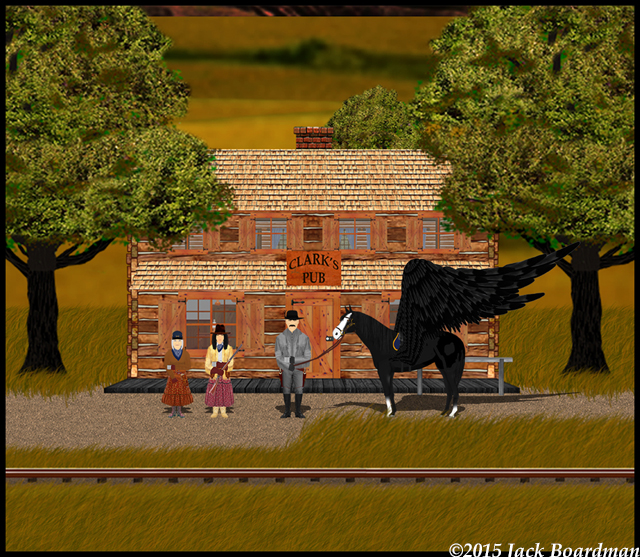 And then there was his—um—“horse?”

She didn’t see, but certainly felt, Christine smiling next to her…

MEANWHILE—in O’Rourke’s Drift… Playing different Blackjack tables—both Paul and Angus became aware that the dealer was manipulating their respective hands to lose—not every hand—but often enough to set a pattern.

Being the resourceful people they were—they already had a plan to combat this—and virtually unlimited funds (thanks to Cujo) to respond to this turn of events.

They knew they had to win every so often—and did. But when they lost—they lost big.

Hour after hour they played, every so often one or the other would visit the bar; never both at the same time. Occasionally, they would mention to the barkeep that this was not one of their better nights at the tables.

They began to lose EVERY hand—and after a few hours Christine “Clark” took notice, and began to suspect her own dealers were responsible. 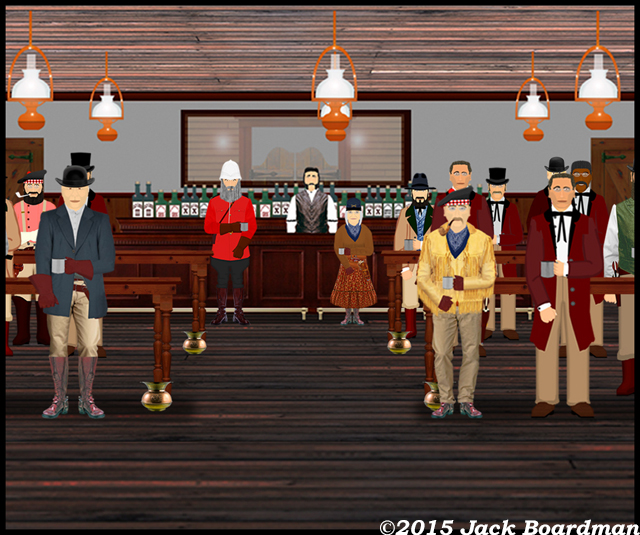 She went to each dealer and quietly tell them to play straight—no cheating at all. And for a while our heroes would win a hand or two, but for the most part they continued to lose—relying on the built-in odds against winning.

Paul and Angus settled on two tables where they would consistently lose—effectively making it look like that particular dealer was intentionally playing against them.

By the end of the night, Christine decided that those same two were purposely beating their players—and she had the constable escort them from the pub. Curiously, they were never seen again—anywhere.

Paul and Angus were in different rooms upstairs and each in turn had a visit from the constable. He told them to meet with Mrs. Clark in the morning, Paul at nine, and Angus at nine-thirty. By ten o’clock both had been hired—as it seemed there were two dealer openings that required filling.