PREVIOUSLY: They began to lose EVERY hand—and after a few hours Christine “Clark” took notice, and began to suspect her own dealers were responsible.

She went to each dealer and quietly tell them to play straight—no cheating at all. And for a while our heroes would win a hand or two, but for the most part they continued to lose—relying on the built-in odds against winning.

Paul and Angus settled on two tables where they would consistently lose—effectively making it look like that particular dealer was intentionally playing against them.

By the end of the night, Christine decided that those same two were purposely beating their players—and she had the constable escort them from the pub. Curiously, they were never seen again—anywhere.

Paul and Angus were in different rooms upstairs and each in turn had a visit from the constable. He told them to meet with Mrs. Clark in the morning, Paul at nine, and Angus at nine-thirty. By ten o’clock both had been hired—as it seemed there were two dealer openings that required filling.

Season 12—Adventure 7—Saskatchewan Part Deux! Episode 16—Conclusion… Paul and Angus expected to reach the Blackjack floor as the descended the stairs to the door—imagine their surprise when they walked out…onto the Tardis Pub’s patio joining their equally-bewildered time-traveling friends, “Ach! This is nay wat ay was expectin’, cumin through th’ door!”

“Wait, where are Boomer, Mac & Daisy?” Chris was the first to notice—causing the others to look around. 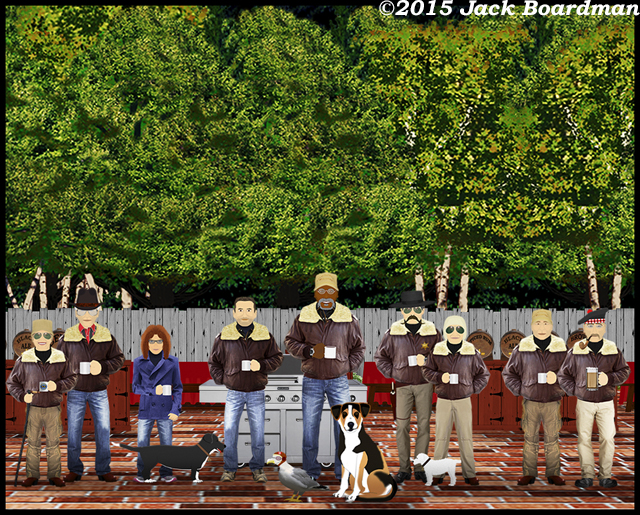 “I’ll get to that,” Cujo replied, “But first—I now think I know why we can’t seem to catch Lacy, and possibly Christine, as well.”

“There is among you, someone who is thinking about this at this moment—someone who may be on to something, but isn’t sure yet…”

“Indeed,” Cujo replied, “Now, as to Boomer, Daisy and Carl—they arrived at the same time as everyone else—but directly into an assignment from the District Marshal’s office in St. Louis. They are on the road to Lakeview City.”

At the same time—on Scenic US61—Carl, Boomer, and Daisy were on the road en route to Lakeview City—en route to a world of trouble, “We have our orders—so important that Cujo put us on the road.” 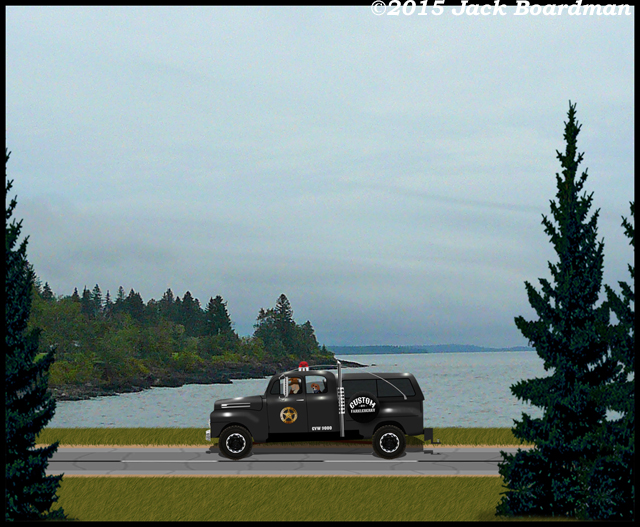 “What has Twitter to do with our assignment?” Mac replied, “Our assignment is to investigate rumors that Giordano Minicucci and company are setting-up operations near, or in Lakeview City.”

Thus CONCLUDES Adventure 7—but our story? To be CONTINUED…