PREVIOUSLY: “Indeed,” Cujo replied, “Now, as to Boomer, Daisy and Carl—they arrived at the same time as everyone else—but directly into an assignment from the District Marshal’s office in St. Louis. They are on the road to Lakeview City.”

At the same time—on Scenic US61—Carl, Boomer, and Daisy were on the road en route to Lakeview City—en route to a world of trouble, “We have our orders—so important that Cujo put us on the road.”

“What has Twitter to do with our assignment?” Mac replied, “Our assignment is to investigate rumors that Giordano Minicucci and company are setting-up operations near, or in Lakeview City.”

Lakeview City Story—In Search Of—Episode 1… As Mac and Boomer made their way towards Lakeview City—on a bluff overlooking the town, four familiar people were in a small cabin. Y’see—Gina Apoloni purchased the place under her new legal name Gina Smith, and her partner, Barbara “Bambi” Jones (a nod here to the old western, “Alias Smith and Jones”), formerly Gina DiSantino. 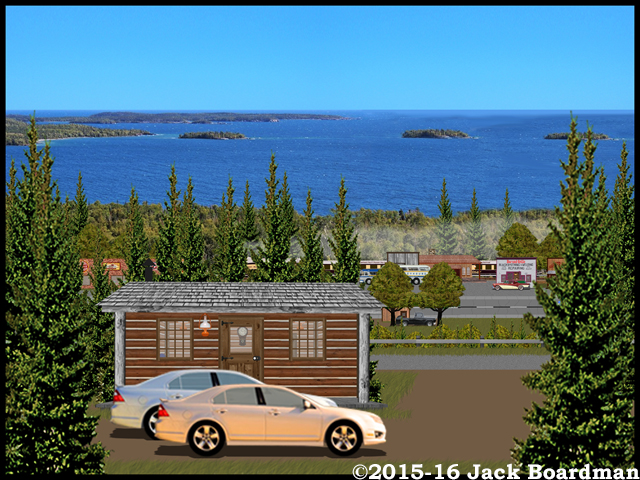 Before I go any further with this—GENTLE READER—I should refresh your memory, a little: From February 2nd 2015: “You listen to me Giordano Minicucci,” Gina Apoloni took charge, “You wouldn’t listen to my advice—and LOOK where it got us!”

“Shut-up, Giordano!” Apoloni ordered, “YOU thought you could be the ‘boss’ and you failed!”

“Wait a minute!” Aleev McOsker interrupted, “You aint’ gonna let a DAME talk to you like that—are you”

“SHUT-UP ALEEV!” Bambi DiSantino ordered, “Gina is right—and you two need to listen to her. You didn’t exactly show any leadership either. Now it’s our turn.”

Two weeks prior, the yacht “Lady Luck (formerly known as the steam-yacht, “Chicago”), steamed into Lakeview Small Boat Harbor, and Gina secured a berth at the dock while Bambi called the auto dealer for two rental cars—a service they provided and soon had two rather nondescript Fords at their disposal. 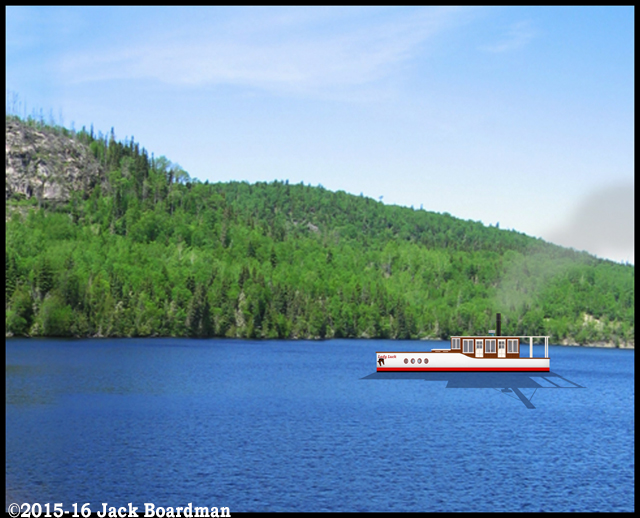 Gina and Bambi had thoroughly researched Lakeview City—and knew that Farkleberry’s Lakeview Auto Sales would never do business with them. In fact, based upon their experience in Forest City, no one with that name, or the name “Silverthorn,” would tolerate their presence.

There were two do-gooders they especially hated: the one called “Boomer,” and the one called “Big Mac.” They and their allies decimated the guerilla fighters they’d hired in a pitched battle last winter.

Where better to hide than right under their collective noses?