PREVIOUSLY: Gina and Bambi had thoroughly researched Lakeview City—and knew that Farkleberry’s Lakeview Auto Sales would never do business with them. In fact, based upon their experience in Forest City, no one with that name, or the name “Silverthorn,” would tolerate their presence.

There were two do-gooders they especially hated: the one called “Boomer,” and the one called “Big Mac.” They and their allies decimated the guerilla fighters they’d hired in a pitched battle last winter.

Where better to hide than right under their collective noses?

Lakeview City Story—In Search Of—Episode 2… It didn’t take long for Gina and Bambi to turn the remote cabin into an operations center—they added a power-module to provide electricity (available at any fine hardware store), a control-center where they could monitor auto-shipments on their way to major metropolitan areas along Lakes Michigan and Huron. 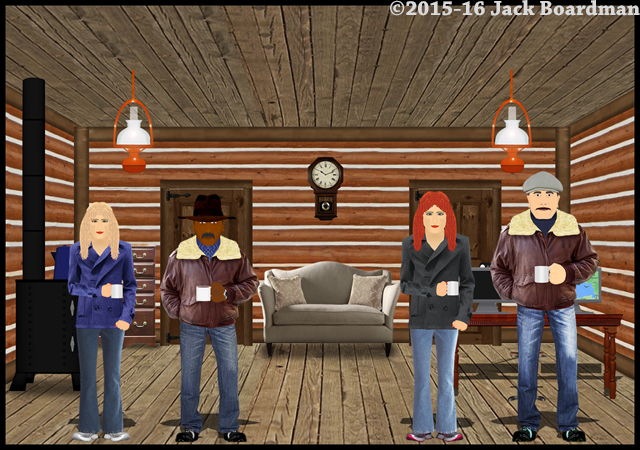 The two had decided not to supply cars anywhere along Lake Superior—the local authorities watched their operation far too closely.

They also told—not asked—Giordano and Aleev to further tone-down their wardrobe, and purchased appropriate jackets, jeans, and shoes to better fit in with the locals. It wasn’t a popular idea with the two, but, they knew better than complain—neither had a death-wish.

MEANWHILE—Boomer & Mac arrived in Lakeview City—EXCEPT… It was no longer Mac sitting next to Boomer! 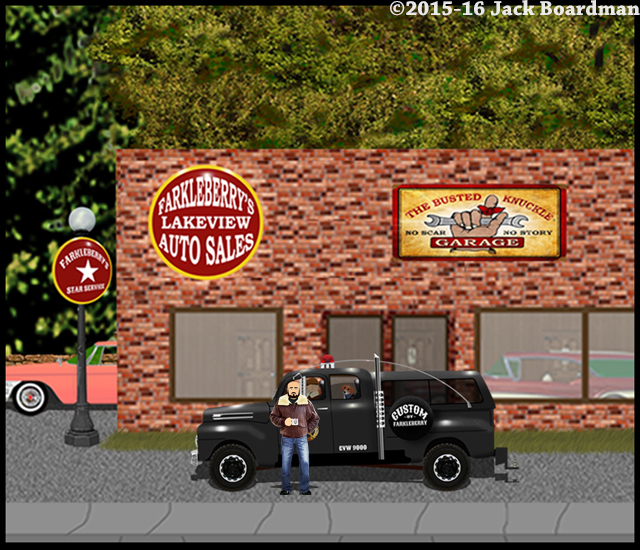 “Okay, then, let’s go inside and see what Farkleberry knows about what’s happening around here.”

Both were a little surprised when AJ Boardman walked up to the truck, “Hey, Dad, Linda—what, besides this truck, Dad, brings you here?”

“An additional job—I’m not busy enough as airfield administrator,” he replied, “I just fill-in for the Farkleberrys until one of Lar’s grandsons, Medlar Almonzo, finishes his final term at Moosehead Community College next month.”

“Have you seen anything unusual around town—or been approached by anyone to change auto supplier?”