“In that case, you’d better learn—quickly,” O’Reilly turned to the others, “Escort the mutinous bastard to the gunnel and feed the Sturgeons.”

“Yes, Captain,” the newly appointed first mate Thomasso DeLucia replied as they dragged the screaming Aldo out on deck.

Moments later, all that remained on the surface of the 40º Lake Superior water, was his hat.

“Set a course for Chicago, Thom,” O’Reilly replied, “Placido? Please contact Autoworld Transit 2 and arrange a rendezvous with her.”

“We should bring my boat here,” Linda finished Boomer’s thought.

“Exactly,” Boomer replied, but she should be…”

“Renamed,” Linda did it again, “She’s been renamed—‘Crusader Rabbit,’ like the old kid’s TV show.”

Lakeview City Story—In Search Of—Episode 16… Five hours later, Linda dragged Boomer to Lakeview Small Boat Harbor—and as she expected, Braddock “One-Eye” Farkleberry was at the helm of the “Skeedaddle,” renamed “Crusader Rabbit,” was about to dock.

With her gun-turret retracted, she looked like a harmless “Crusader” class retro-yacht, “You don’t waste any time.” 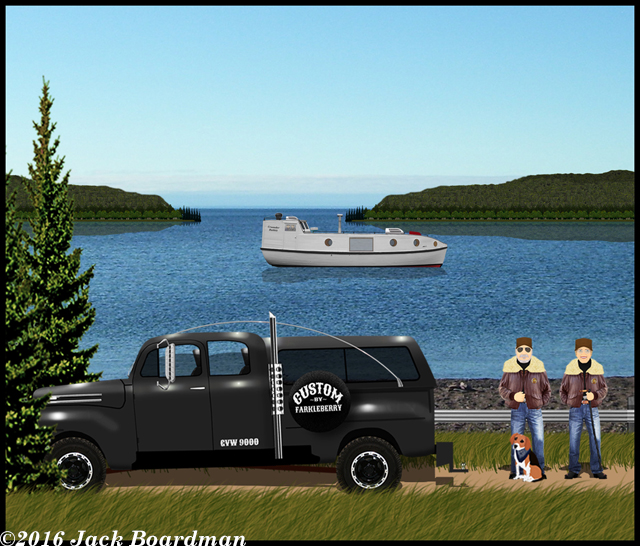 “You don’t waste any time.”

“That’s ‘cause I’m smarter than you are—and can multi-task.”

“We’d best greet One-Eye, and get back home—we have jobs to do in the morning,” Boomer ignored the jab.

“When yer cuzzin calls—I come a-runnin’ fast as I can.”

“She’s a hard task-mistress, she is.”

“Arrrgh—that she is, m’lad!” One-Eye replied, “Linda, do you want me to stay with the boat?”

“No, AJ is sending a car down for you to use in the morning,” Linda grinned, “He’ll probably send his gopher, Boomer down with it.”

“We’ve already got that covered,” Boomer added, “When I bring the car, the two of us will head for a boys-only bar where we will mingle with the local yokels.”

“Oh yeah,” Linda grinned, “We’ll tell you who to pick for the fight—Aleeve McOsker and Giordano Minicucci.”

“Me?” Boomer quipped, “You already have them outnumbered—it just wouldn’t be fair. I’ll just keep any friends they may have from joining-in.”

Boomer opened his jacket revealing his Colt .45 semi-auto pistol, “I have help.” 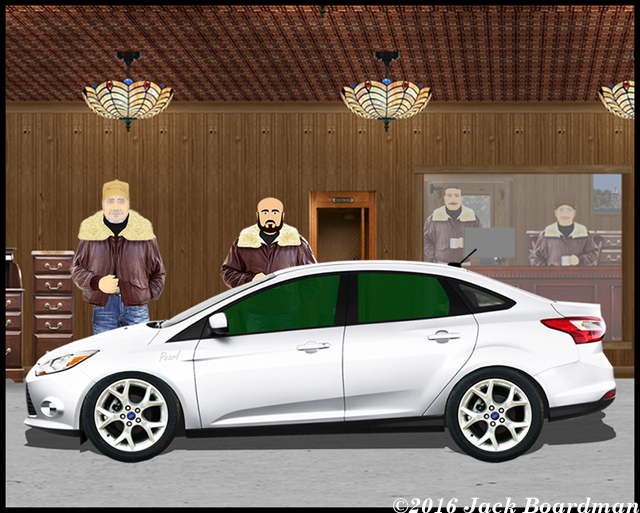 “You creep—I get to drive it for five miles at a time—just like in the REAL WORLD!”

“I thought you’d like that,” AJ grinned—widely, “By the way, Almonzo Farkleberry is on break from school—I’d like you to work with him, Linda, in the office—he’s a smart kid and learns fast—after you’ve looked at the books, of course.”