“I don’t think he needs the help”

PREVIOUSLY: “Are they tough?”

“Me?” Boomer quipped, “You already have them outnumbered—it just wouldn’t be fair. I’ll just keep any friends they may have from joining-in.”

Boomer opened his jacket revealing his Colt .45 semi-auto pistol, “I have help.”

“You creep—I get to drive it for five miles at a time—just like in the REAL WORLD!”

“I thought you’d like that,” AJ grinned—widely, “By the way, Almonzo Farkleberry is on break from school—I’d like you to work with him, Linda, in the office—he’s a smart kid and learns fast—after you’ve looked at the books, of course.”

“I will, AJ, as I acquaint myself with them as well,” Linda replied, “It’s great to meet another Farkleberry. Let’s get started—we’ll soon know if this is a viable business.” 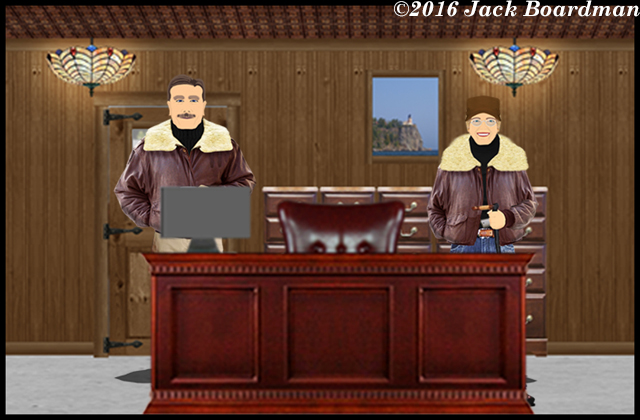 “I will, AJ, as I acquaint myself with them as well”

AJ grinned at Linda, “Bookkeeping is NOT one of my mad skilz.”

“HA! Dad warned me about you cuzzin.”

“As well he should have,” Linda quipped, “Like father—like son.”

MEANWHILE—Boomer and Braddock arrived at O’Donnel’s Bar… “Well, here we are, and I see your victims are here—as expected.” 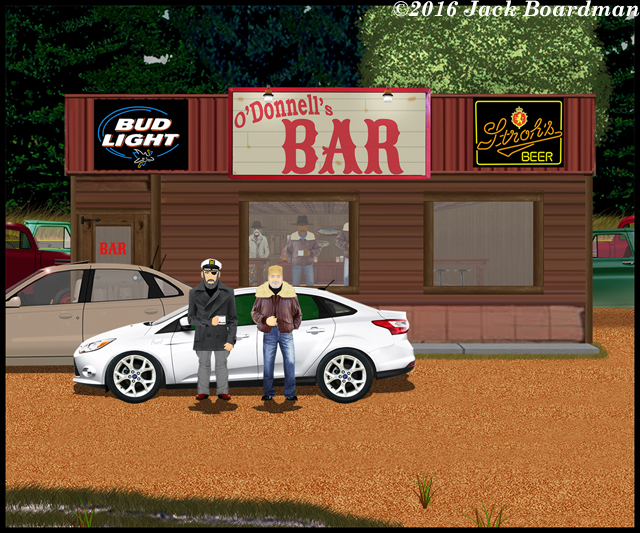 “How long should I wait?” One-Eye asked.

“Just a couple of minutes oughta do it. Long enough for me to order a beer.”

Shortly after Boomer had beer in hand—Braddock “One-Eye” Farkleberry entered the bar and stared first at McOsker then at Minicucci—hard, “What a couple of sissies—whaddareya doin’ in a man’s bar?” 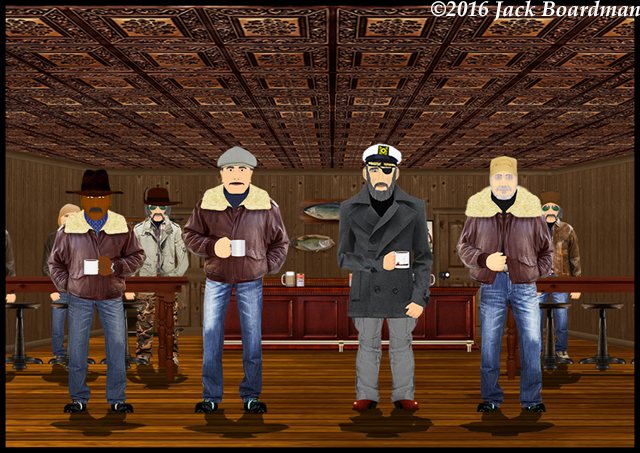 One-Eye could see the fear in both their eyes—they were indeed cowards. He slowly walked towards them, “Barkeep—draw me your best beer to enjoy as I take these two sissies apart!”

A couple of men started to move towards the impending fight, apparently to aid McOsker and Minicucci—Boomer intercepted them, “You fellas ought to stay back—and enjoy the two against one entertainment.”

“We was gonna help the seaman.”

“I don’t think he needs the help,” Boomer grinned, “Bets anyone?”

6 Responses to “I don’t think he needs the help”