PREVIOUSLY: “Calling the marshal’s office now,” Linda said, “Boomer and I should fire off a couple of rounds from our .45s.”

“No need,” Cujo wagged her tail, “Although you will remember what actually happened, I just took you back in time long enough for you and Alpha-Jack to shoot Minicucci.”

Boomer waited until Town Marshal Simpson (another cameo role for Big A) had finished his initial investigation, and Minicucci’s body removed to the county medical examiner’s office, before leaving to visit the neighbors, “I’ll go with you Deputy US Marshal Boomer,” Simpson grinned as they walked out to Simpson’s squad, “To break the news to Minicucci’s wife.”

“What—and have RW-you change me back to my old self?” Simpson was a realist, “They already believe I’m corrupt, so having you with me will suggest you are corruptible.” 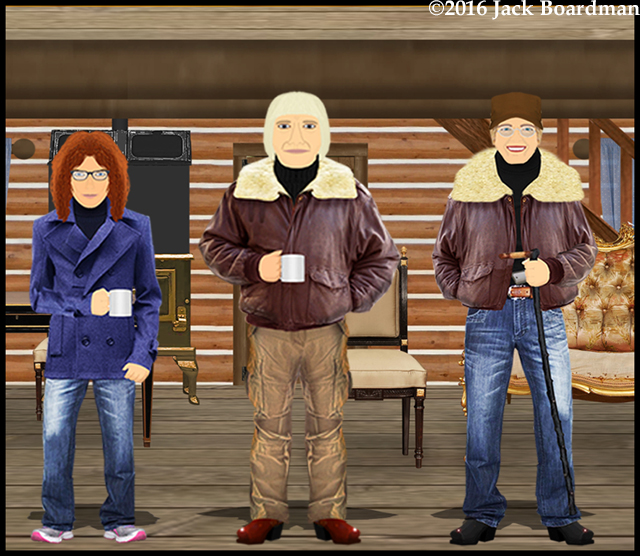 “About what, Linda?” Sarah asked, “It seems you and Boomer have had quite an adventure, thus far.”

“If you mean,” Chris grinned, “What we discovered—we know the truth.”

“I am Lacy Dalton,” Chris grinned even wider—for a moment, and frowned, “This confirmed my suspicions—and Cujo’s, as to why we cannot ever kill Lacy.”

“And,” Cujo added, “Why you must not kill Christine, as we learned when the universe has planned her death—it will be, must be, of natural causes.”

“When will we return to the past?” Sarah asked.

“I’m not sure,” Cujo replied, “That Minicucci was killed came as a bit of a surprise to me. The Apoloni-DeSantino Gang leadership was supposed to remain intact—and yet here we are—with Giordano dead. I did not foresee this.”

“No, sometimes I make a mistake—I AM a dog, first, after all,” Cujo laughed, “But I always remember to go outside to ‘powder my snout,’ if you catch my drift.”

MEANWHILE—Boomer and Big A—er—Town Marshal Simpson… arrived at Gina’s cabin with Simpson the bearer of bad news, “I’m afraid I have some unfortunate news, Giordano Minicucci is dead. He attempted to murder Jack and Linda—and was gunned-down in self-defense.” 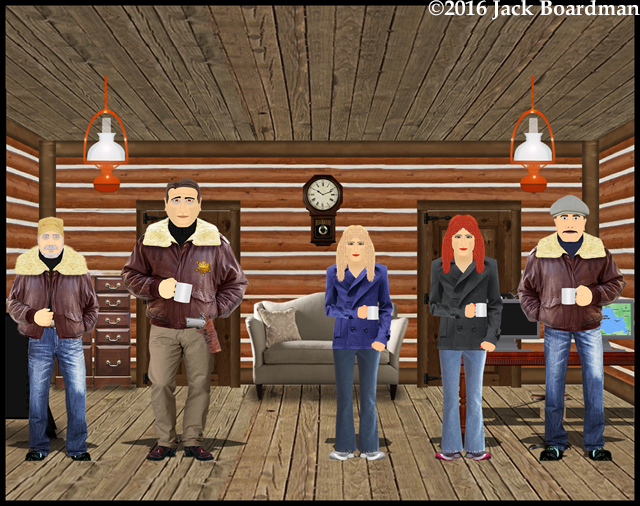 “Thank you, Jack,” Gina replied, “And pass that on to Linda, as well.”

And now GENTLE READER—Just for fun—the transformation of Big-A, from 2007 to the present: 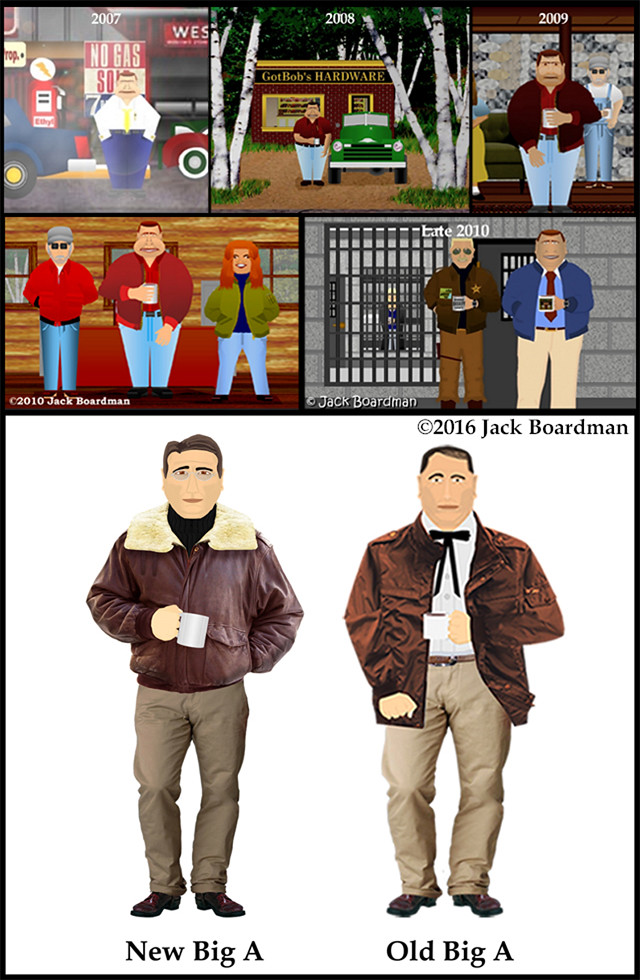