PREVIOUSLY: MEANWHILE—Boomer and Big A—er—Town Marshal Simpson… arrived at Gina’s cabin with Simpson the bearer of bad news, “I’m afraid I have some unfortunate news, Giordano Minicucci is dead. He attempted to murder Jack and Linda—and was gunned-down in self-defense.”

“Thank you, Jack,” Gina replied, “And pass that on to Linda, as well.”

Season 13—Adventure 1—Return of Chris & Sarah—Episode 2—2 months later… AJ contacted the college Almonzo Farkleberry attended and outlined his training thus far, asking if he could get credit for it, the Dean of Students replied, “Almonzo is quite far ahead of his classmates, and quite frankly, there is very-little else we can teach him. With the practical experience he’s acquired with you, we are prepared to graduate Almonzo immediately upon receipt of a detailed description in writing of his accomplishments under your training.

A week later he was graduated, with honors, from the Zenith City School of Liberal Arts, Duluth, Minnesota, with a shiny new Bachelor of Arts Degree. Medlar Farkleberry and Hiram Silverthorn immediately turned over the store to Almonzo, thus freeing AJ from his temporary job as store manager.

Linda and Boomer continued their employment at the store.

…but he didn’t as he answered the door, “CHRIS!” he exclaimed, “What a great surprise—hey Gypsy, Chris is here!” 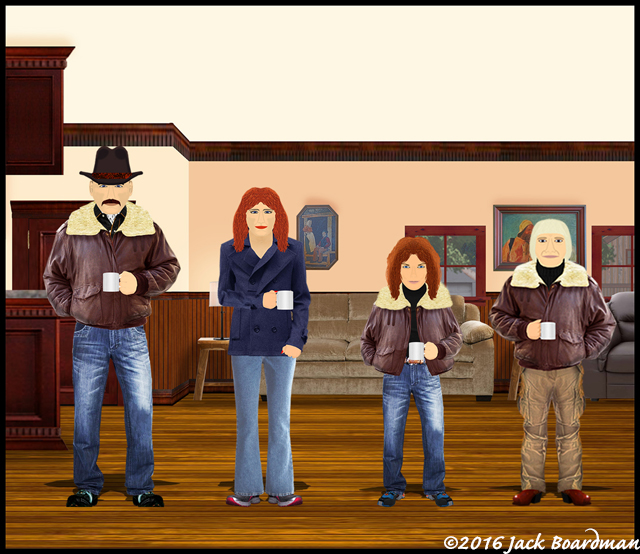 “What a great surprise—hey Gypsy, Chris is here!”

“What brings you here?” a delighted Gypsy asked.

“We need a place to stay for maybe a month or so,” Chris replied, “Do you know a place Sarah and I can rent?”

“Hogwash,” Gypsy replied, “We have a spare bedroom—if you don’t mind sharing a room—we have a bunk bed.”

“I get top!” Sarah called dibs.

MEANWHILE—Boomer & AJ headed out-of-town… ostensibly to check on some vehicles to purchase for the dealership, as Boomer just knew that Apoloni-DeSantino Enterprises had spies keeping track of his activities, “Do you think they’ll figure out this is a different truck?”

“Nope,” Andrew replied, “The plates are the same, and every other important detail is visually the same—save for the lowered stance and the 5.0 insignia. Unless they try to stick a magnet on the aluminum body panels—of course.”

“What have you done with the other truck?”

“Loaded it up on an enclosed transport truck at three this morning. It’s on its way Med Farkleberry’s garage to be placed in deep storage—until you want it again.” 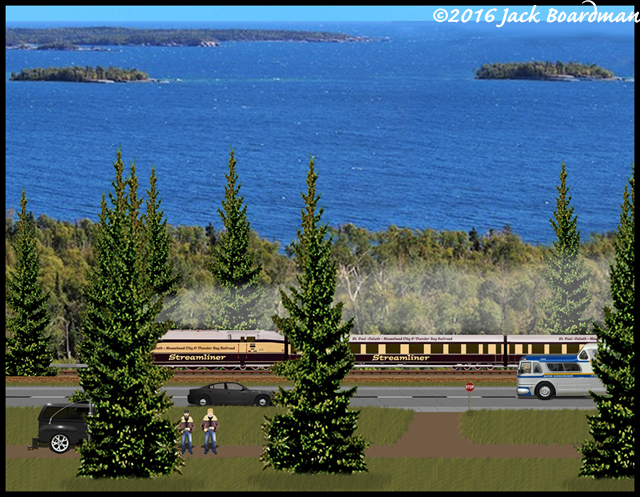 8 Responses to “We’re being followed”