PREVIOUSLY: “You two, AJ, and One-Eye must do everything you can to stop deliveries here,” Boomer began outlining the plan, “First you go after overland shipments.”

“By your new enterprise: XCCL Satellite Radio. It is a van equipped with sophisticated transceivers, able to broadcast a wide range of music, news, weather and traffic reports—all automatically broadcasted by CyberSatelliteServices. In addition it has the ability to scan for and sort-out keywords to find Apoloni-DeSantino Enterprises communications.”

“And after we find them?”

“That’s where the fun begins, you’ll be able to locate the recipient of the message.”

“But no one here sounds like Gina or Bambi.”

“I do,” a voice was heard as the door opened.

“Liam and I want to be part of this operation. Bambi (Barbara) DeSantino is my twin sister, she copped an alias.”

“Why didn’t Gina change her name?” Chris was curious, “That seems strange.”

“She did,” Gypsy replied, “When she married Giordano. Her legal surname is Minicucci.”

“Is Gypsy your real given name?” 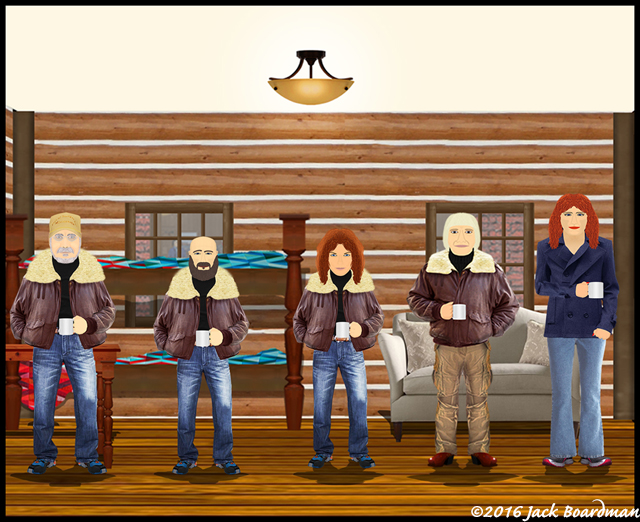 “Okay—OKAY! My given name is Georgette.”

“Hey there Georgie-girl/Walkin’ down the street so fancy-free…” Chris couldn’t help herself.

“SEE? By the way—that’s what Liam calls me,” Gypsy exclaimed, laughing, “Now—what can Liam and I do to help?”

“Y’know, Georgie, not to be rude, but ‘Gypsy’ does sound more like a—um—showgirl’s name…”

“Or worse,” Georgie added, “Can we get down to business, now?”

“Indeed,” Boomer agreed, “You and Liam along with Chris and Sarah will operate XCCL Satellite Radio. I was going to include Captain Braddock Farkleberry and AJ, but since we also need to disrupt the water-borne auto shipments, they will operate Linda’s Crusader Class boat.”

“What about you and Linda?” Chris asked.

“We’re being watched far too closely by Gina,” Boomer replied, “We’ll be the ones complaining to her when our expected shipments of cars fail to arrive.”

“And I,” AJ added, “Have been replaced at Lakeview Auto Sales, so my absence won’t be noticed.”

MEANWHILE—A week later—Captain Sean O’Reilly… aboard the Lady Luck led the Superior Princess onto Lake Superior—his trip to Chicago a complete success: Frist, he acquired a replacement crewman for the unfortunate crewman he left behind—ten miles from shore. 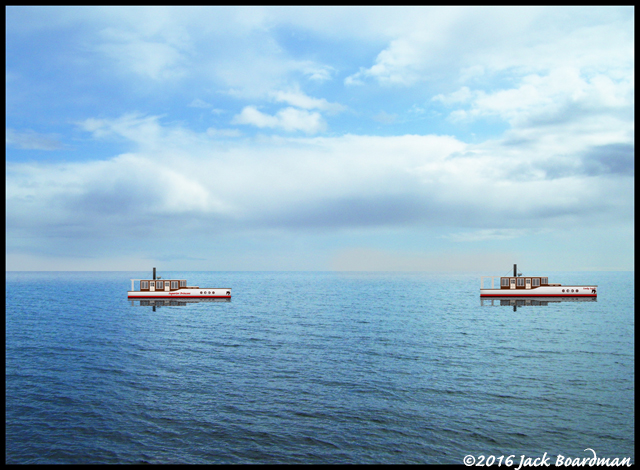 Second, he acquired another Chicago-Class steam yacht—smaller than the Lady Luck, but large enough to handle whatever Superior could come-up with… well, SERIOUSLY? No boat is that good! Still, this one was quite lake-worthy.

And then, he hired a captain and crew to man the boat. 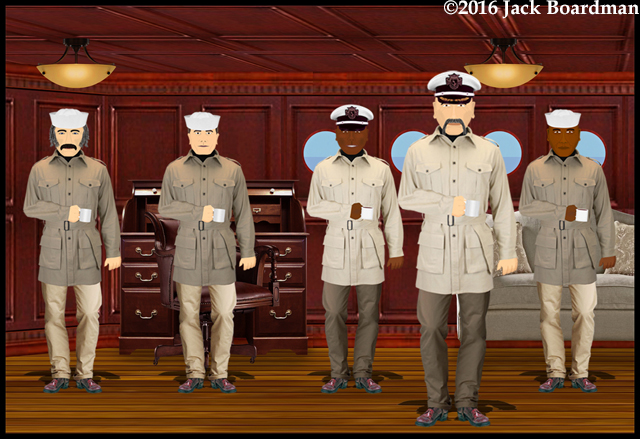 And then, he hired a captain and crew to man the boat

Finally, on the black market—Captain O’Reilly acquired two 20mm auto-cannons to be mounted below the Foc’sle—which when required may be raised into firing position, aimed, and fired from the bridge.

This addition made both yachts very dangerous.