No matter how fast that old Crusader is—

PREVIOUSLY: Captain Sean O’Reilly, aboard the Lady Luck led the Superior Princess onto Lake Superior—his trip to Chicago a complete success: Frist, he acquired a replacement crewman for the unfortunate crewman he left behind—ten miles from shore.

Second, he acquired another Chicago-Class steam yacht—smaller than the Lady Luck, but large enough to handle whatever Superior could come-up with… well, SERIOUSLY? No boat is that good! Still, this one was quite lake-worthy.

Finally, on the black market—Captain O’Reilly acquired two 20mm auto-cannons to be mounted below the Foc’sle—which when required may be raised into firing position, aimed, and fired from the bridge.

This addition made both yachts very dangerous.

Season 13—Adventure 1—Return of Chris & Sarah—Episode 5… It would take at least a day—maybe two days—for the yachts to reach Lakeview City—their journey would be slow, and uneventful.

In the meantime—Georgie, Liam, Chris & Sarah were trained by Capt. One-Eye… Captain Farkleberry wanted to keep the van on the move. It was Sarah’s turn to drive the van—she would have her time training on the equipment soon enough. All members would in turn, have their time behind the wheel. 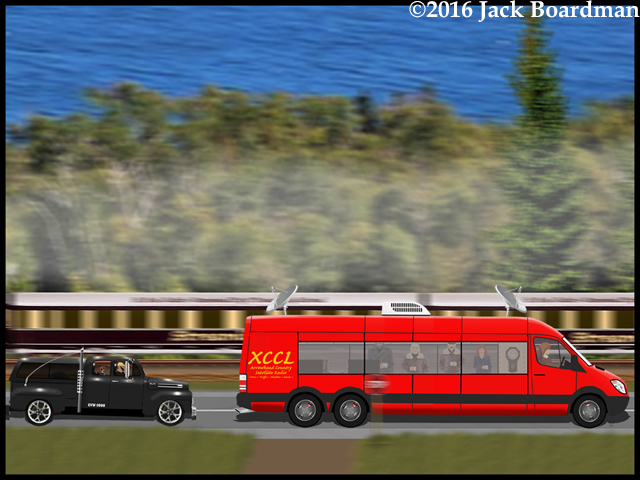 Boomer & AJ were following the van

Boomer & AJ were following the van—just in case someone who should NOT spend much time tracking the van might make an appearance. So far—so good, there were no other vehicles on the highway.

Chris was monitoring the long-range radio traffic when she picked-up a signal which caught her attention, “I have a message from the yacht ‘Lady Luck’ Captain O’Reilly to Apoloni.” 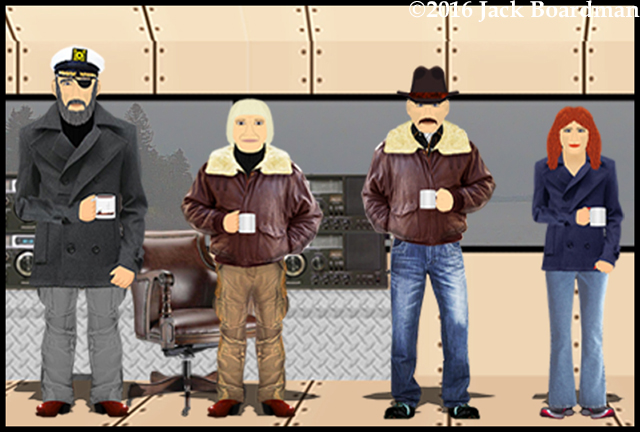 “I have a message from the yacht ‘Lady Luck’

“What are they saying?” Farkleberry asked.

“Okay, jam their signal,” Farkleberry ordered, and then he went to Sarah up front, “Pull over, please.”

“What’s up?” Sarah asked as she stopped on the shoulder.

“I need to get back and take Crusader Rabbit out—Captain O’Reilly has returned with a second yacht. AJ & I must get into position to disrupt their activities—sink them if necessary. You and the others continue to misdirect incoming trucks.”

Farkleberry rushed back to Boomer and AJ, “How fast can you get back to Lakeview City Small Boat Harbor?”

“Buckle-up, One-Eye,” AJ grinned as he turned the Ford around and gleefully jammed the throttle to the floorboard.

“AJ and I have a mission—the Apoloni-DeSantino Bunch now have two steam yachts to guard their auto shipments. If I know O’Reilly, he’s probably armed them both.”

Moments later his suspicion was confirmed—Chris intercepted a message between the two yachts, “Captain, this is Chris—I just learned both boats have a 20mm auto-cannon.” 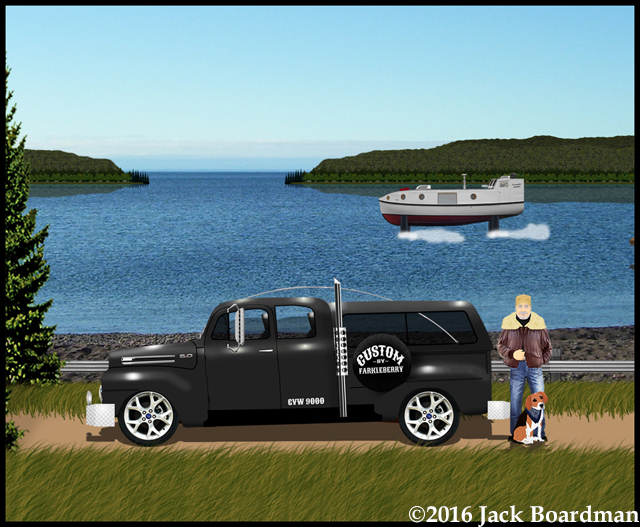 No matter how fast that old Crusader is—she can’t outrun a 20mm cannon.

6 Responses to No matter how fast that old Crusader is—