PREVIOUSLY: “Buckle-up, One-Eye,” AJ grinned as he turned the Ford around and gleefully jammed the throttle to the floorboard.

“AJ and I have a mission—the Apoloni-DeSantino Bunch now have two steam yachts to guard their auto shipments. If I know O’Reilly, he’s probably armed them both.”

Moments later his suspicion was confirmed—Chris intercepted a message between the two yachts, “Captain, this is Chris—I just learned both boats have a 20mm auto-cannon.”

No matter how fast that old Crusader is—she can’t outrun a 20mm cannon.

Season 13—Adventure 1—Return of Chris & Sarah—Episode 6… Shortly after Boomer, AJ and Captain Braddock “One-Eye” left for the harbor, “I have an idea what we can do to help AJ and One-Eye.” 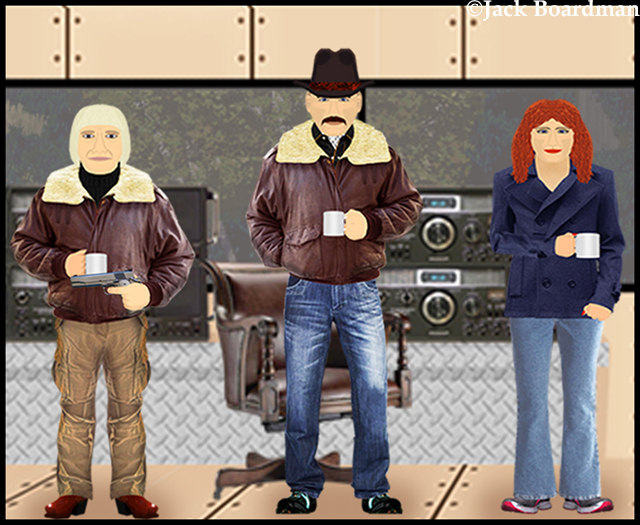 “You do sound just like your twin—and we can send a message directly to the yachts without the Apoloni-DeSantino Bunch hearing us—why don’t we, as in you, send them a message to separate? That way our guys aboard the Crusader Rabbit only have to take-on one boat at a time.”

“I’ll get right on that—as soon as I finish sending one truck to Grand Forks, North Dakota, and the other to Albert Lea in far southern Minnesota. I’m telling them both not to contact me (Gina) again for any reason until they reached their destinations.”

Moments later, Captain O’Reilly received his “orders” from “Gina”—he too was told not to try to contact her again as she had to go off the air for several hours to upgrade their radio’s operating systems.

“And now we should contact Captain Farkleberry so he knows that we have separated the yachts.” 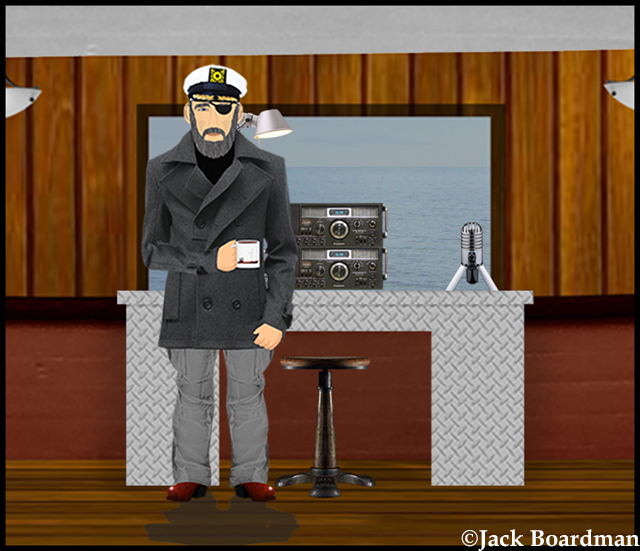 “We’ve sent orders to Captain O’Reilly to separate their boats—so as not to draw as much attention to themselves—please engage one of them—your choice.”

Aboard the Crusader Rabbit… as soon as he received the news One-Eye ordered AJ to bring the boat to maximum speed and set a course for the smaller yacht, “What’s your plan, Captain?” 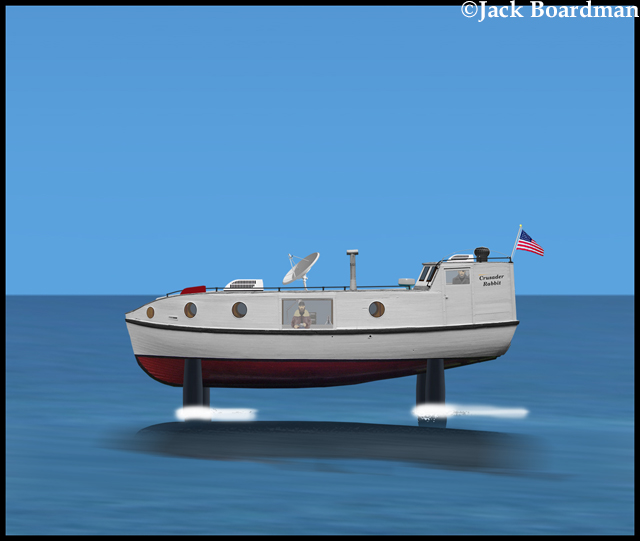 “Do you think you can target their gun without damaging the yacht?”

“Oh,” AJ replied, “A surgical strike? With our targeting software—a piece of cake.”

“Retracted,” Andrew announced as the boat slowed and settled in the water, “You have the con, Captain.”

“There she is—a small white boat on the horizon—we should close on her in fifteen minutes.”

MEANWHILE—Aboard the Superior Princess… Captain Rufus Jones observed the Crusader-Class fishing boat in the distance and knew he couldn’t contact Gina for instructions—He ordered the Princess to engage the fishing boat, “Prepare for combat gentlemen—we’re taking that boat out.”

Crewman Bill Bannon brought the Princess to her maximum speed of 15 knots and brought her on a direct course to their target, “Raise the cannon, Captain?” 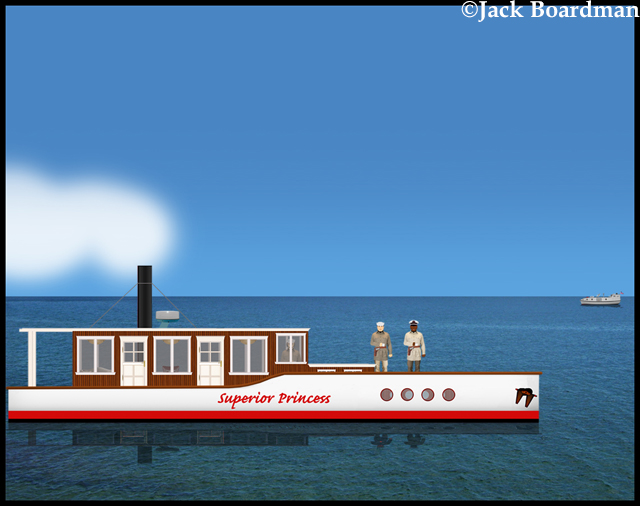 “Belay that until we are at point-blank range. When we get in easy visual range, wave at the boat and smile.”

6 Responses to “Raise the cannon, Captain?”