PREVIOUSLY: “Do you think you can target their gun without damaging the yacht?”

“Oh,” AJ replied, “A surgical strike? With our targeting software—a piece of cake.”

“Retracted,” Andrew announced as the boat slowed and settled in the water, “You have the con, Captain.”

“There she is—a small white boat on the horizon—we should close on her in fifteen minutes.”

MEANWHILE—Aboard the Superior Princess… Captain Rufus Jones observed the Crusader-Class fishing boat in the distance and knew he couldn’t contact Gina for instructions—He ordered the Princess to engage the fishing boat, “Prepare for combat gentlemen—we’re taking that boat out.”

Crewman Bill Bannon brought the Princess to her maximum speed of 15 knots and brought her on a direct course to their target, “Raise the cannon, Captain?”

“Belay that until we are at point-blank range. When we get in easy visual range, wave at the boat and smile.”

“I see that,” One-Eye replied as he turned the boat broadside to the Superior Princess, “Raise the Jolly Roger & Turret, AJ—while I smile and return the wave.” 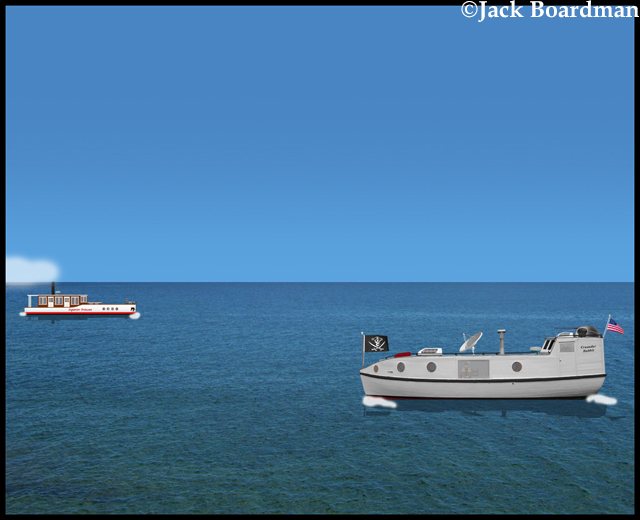 “FIRE—FIRE—FIRE!” Jones screamed—too late as the Crusader Rabbit took a single shot—taking-out the 20mm cannon without damaging the Princess.

“Surrender—or die,” Captain Braddock Farkleberry ordered from the Rabbit’s foredeck, “The next round will be below your waterline.” 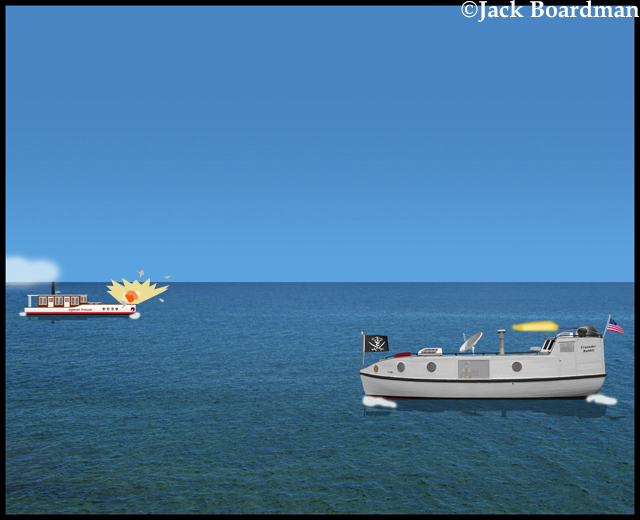 “The next round will be below your waterline.”

Captain Jones had little choice but to surrender, “We surrender, sir. What now?”

“Remove your sidearms, and we will take you aboard as our prisoners—er—guests.”

They were taken aboard and brought below deck where they were left in the tender care of AJ. 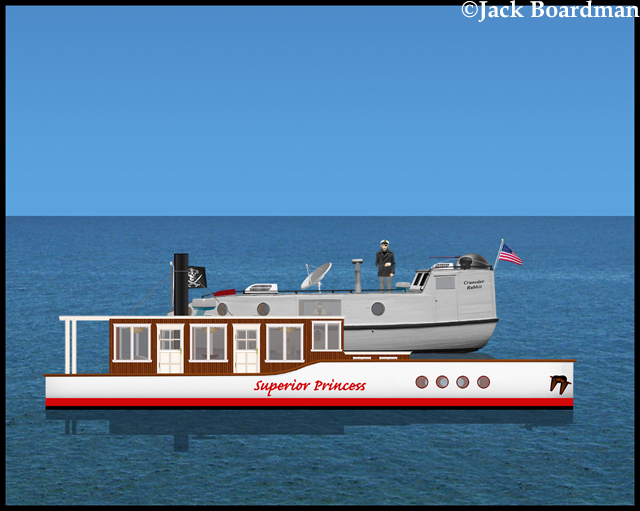 “We surrender, sir. What now?”

Captain Farkleberry returned to the bridge and brought the boat almost next to the Superior Princess, “Say goodbye to your boat, gentlemen—we can leave no evidence of her existence,” AJ grinned. 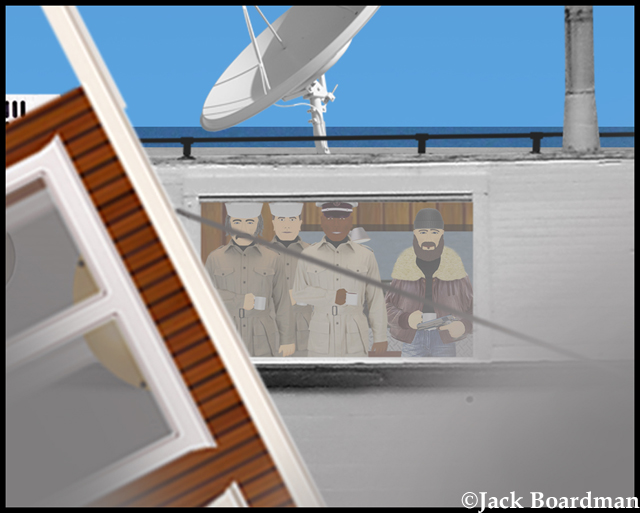 “Say goodbye to your boat, gentlemen…”

“So, I suppose we won’t be making landfall, either, alive.”

“Oh, you will,” AJ replied, “Where you’ll be jailed until you’re indicted for engaging in piracy, and stand trial.”

“More than you deserve, considering what you thought you’d do to us,” AJ frowned, “But, I suspect your trial will not occur in Lakeview City, as piracy is a federal crime. Your trial will probably be in Duluth.”

His warning came too late—the prisoners fell in a heap at the rear bulkhead.