“We have much yet to do”

PREVIOUSLY: Captain Jones had little choice but to surrender, “We surrender, sir. What now?”

“Remove your sidearms, and we will take you aboard as our prisoners—er—guests.”

They were taken aboard and brought below deck where they were left in the tender care of AJ.

Captain Farkleberry returned to the bridge and brought the boat almost next to the Superior Princess, “Say goodbye to your boat, gentlemen—we can leave no evidence of her existence,” AJ grinned.

“So, I suppose we won’t be making landfall, either, alive.”

“Oh, you will,” AJ replied, “Where you’ll be jailed until you’re indicted for engaging in piracy, and stand trial.”

“More than you deserve, considering what you thought you’d do to us,” AJ frowned, “But, I suspect your trial will not occur in Lakeview City, as piracy is a federal crime. Your trial will probably be in Duluth.”

His warning came too late—the prisoners fell in a heap at the rear bulkhead.

Season 13—Adventure 1—Return of Chris & Sarah—Episode 8… “Well, now we get to hand these pirates over to City Marshal Simpson—who should be awaiting our arrival at Hidden Cove.”

Twenty minutes later (the maximum speed of Crusader Rabbit is 70mph), they arrived at the secret cove (yeah, YEAH—GENTLE READER—it’s a mirror-image of the Small Boat Harbor—so SUE me!), where Town Marshal Simpson, Deputy US Marshals Hiram Silverthorn, Jr., and Carl McIntyre were awaiting their arrival.

Captain Farkleberry and AJ Boardman escorted the prisoners off Crusader Rabbit and to the armored prisoner transport where they turned them over to the marshals. 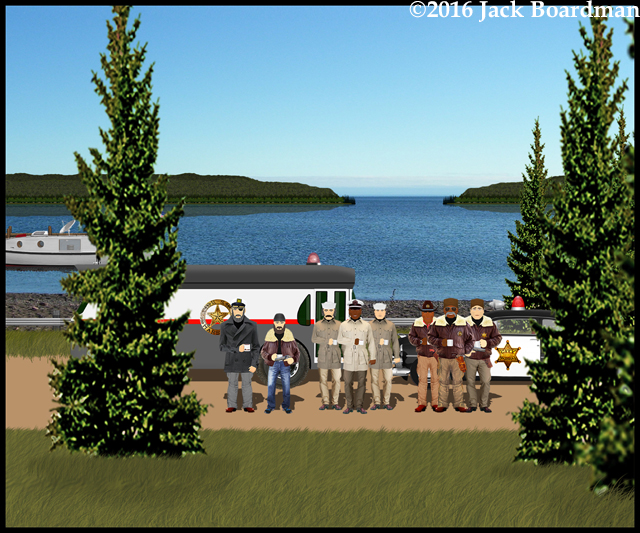 They turned them over to the marshals

Once the prisoners were in the transport along with Big Mac, Marshal Silverthorn informed AJ & Capt. Farkleberry of their destination, “We will take them all the way to Saint Paul to the Federal District Court for arraignment. We’re certain that the Apoloni-DeSantino gang has no operatives there.”

“Good,” Braddock Farkleberry replied, “AJ & I will return to our disrupting activities, I have a complete cyber-radio array in my cabin.”

“How will you keep the arraignment secret?” AJ asked, “The media is usually on top of that sort of news.”

AJ and Braddock watched the transport leave and then walked to their cabin, “Another job well done.” 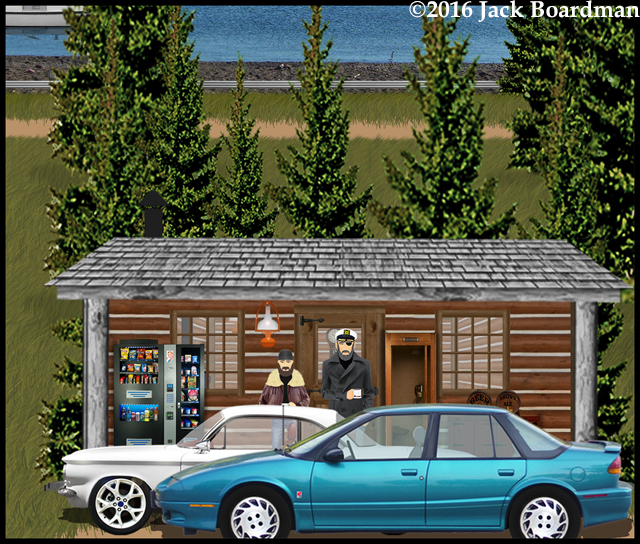 “We have much yet to do”

“That much is certain.” 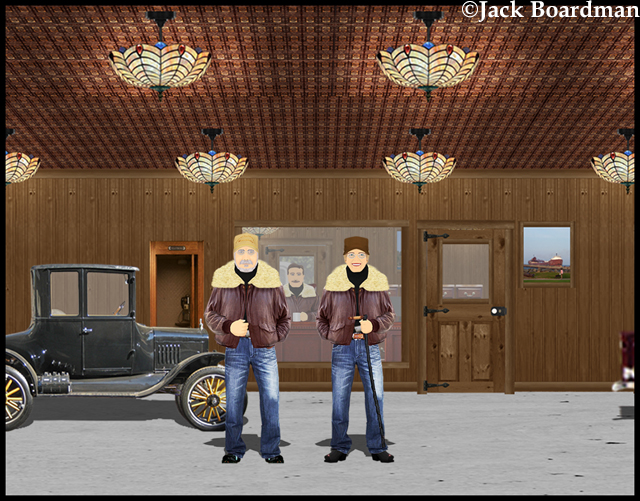 “I just received a message from Chris”

“And,” Boomer replied, “What did she have to say?”

“She said that they diverted all highway vehicle shipments—two of which should have arrived here this morning.”

“So it just might be a good time to harass our ‘bosses,’ don’t you think?”

“We need to have a little fun.”

5 Responses to “We have much yet to do”