PREVIOUSLY: AJ and Braddock watched the transport leave and then walked to their cabin, “Another job well done.”

“That much is certain.”

“And,” Boomer replied, “What did she have to say?”

“She said that they diverted all highway vehicle shipments—two of which should have arrived here this morning.”

“So it just might be a good time to harass our ‘bosses,’ don’t you think?”

“We need to have a little fun.”

Season 13—Adventure 1—Return of Chris & Sarah—Episode 9… A short time later, Boomer & Linda arrived at the DeSantino Cabin where they found Gina and Bambi on the porch of their cabin, “Where are the cars you promised?” 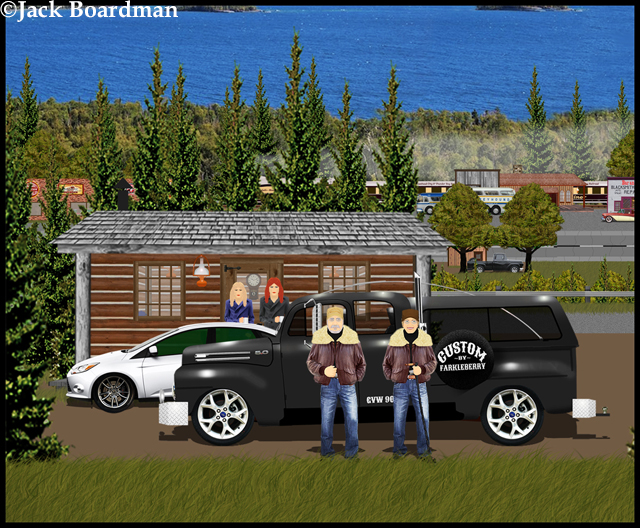 “Where are the cars you promised?”

“You should have at least two truckloads by now, Linda,” Bambi DeSantino replied.

Linda heard a message from Chris in her ear-wick, “We’re opening communications with the trucks now—so they can contact them.”

Linda looked directly at Gina Apolini, and in a menacing voice, asked, “Where are our cars?”

Taken aback, Gina replied, “We’ve been having some communications issues. We’ve lost contact with our trucks.”

“Okay—OKAY!” Gina replied, and called the trucks—asking their locations. They reported their locations—from all over Minnesota—except within 100 miles of Lakeview City.

“Who told you to drive to Albert Lea?” She asked one driver.

She received similar answers from each of the twelve drivers—replying to each that she’d sent no instructions to change their destination.

“I can’t explain this, we’ve been unable to contact our drivers until just now, so we couldn’t have diverted them.”

“Your communications seem to be working just fine, now,” Linda said with simmering anger, “Find us some product; or we’ll take matters into our own hands. You won’t like that.”

“I’ll contact our Chicago bound boats and see if any are close to Grand Marais.”

“Do you have any closer trucks?” Boomer asked.

“No. We have a large boat fairly close, and two more in Superior,” She replied, “But no more cars—other than a few junkers, in our warehouse. There are twelve decent cars & trucks on that boat.”

Monitoring the conversation—Sarah said to her compatriots, “I think it’s time to shut-down this part of the operation.” 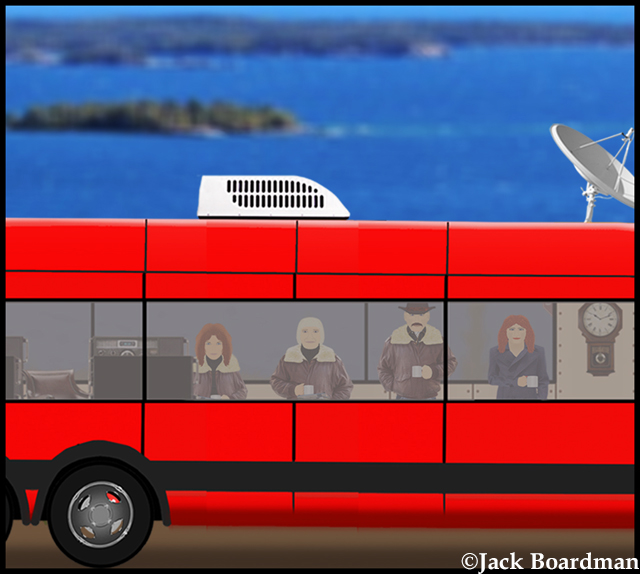