“We have a target, AJ—a big target”

PREVIOUSLY: “I can’t explain this, we’ve been unable to contact our drivers until just now, so we couldn’t have diverted them.”

“Your communications seem to be working just fine, now,” Linda said with simmering anger, “Find us some product; or we’ll take matters into our own hands. You won’t like that.”

“I’ll contact our Chicago bound boats and see if any are close to Grand Marais.”

“Do you have any closer trucks?” Boomer asked.

“No. We have a large boat fairly close, and two more in Superior,” She replied, “But no more cars—other than a few junkers, in our warehouse. There are twelve decent cars & trucks on that boat.”

Monitoring the conversation—Sarah said to her compatriots, “I think it’s time to shut-down this part of the operation.”

“And take-over the auto-supply operation from the Apoloni-DeSantino bunch?” Chris asked.

Season 13—Adventure 1—Return of Chris & Sarah—Episode 10… A day later, Chris, Sarah, Liam, and Georgie, had “Shouse Enterprises” in business (with an assist from Cujo), the building was a general store at one time. With some Cujo-magic, it was already transformed into an auto-wholesale shop—complete with an order desk. “Now all we need are some cars & trucks.” 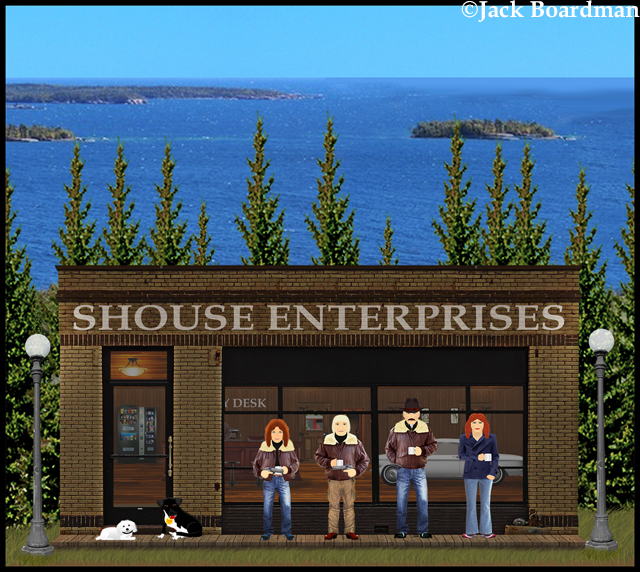 “Now all we need are some cars & trucks”

“I’ve already contacted Med Farkleberry, Sarah,” Chris had planned ahead, “And he’s shipping us our first order—our own transporter with a vehicle aboard, and a several more, courtesy of Heck’s Transfer.”

“So now, or at least soon,” Liam added, “Boomer will start buying vehicles from us—that oughta rock ‘em back on their heels.”

“Well—this is a surprise,” Sarah said as they walked inside, “Slumming, Wyatt?”

“I took a little vacation from marshaling,” Wyatt replied, “Chris seemed to think I might come in handy—if you catch my drift.”

MEANWHILE—at Hidden Cove… Braddock had just picked-up radio traffic from Gina Apoloni to what was apparently a larger vehicle transporter somewhere near Whitefish Bay ordering the Chicago-bound boat to turn around and head for Grand Marais Minnesota, the boat was already in Lake Michigan, so it would take a day or so to get back on Lake Superior, “We have a target, AJ—a big target. It might be an opportunity to deploy the drone.” 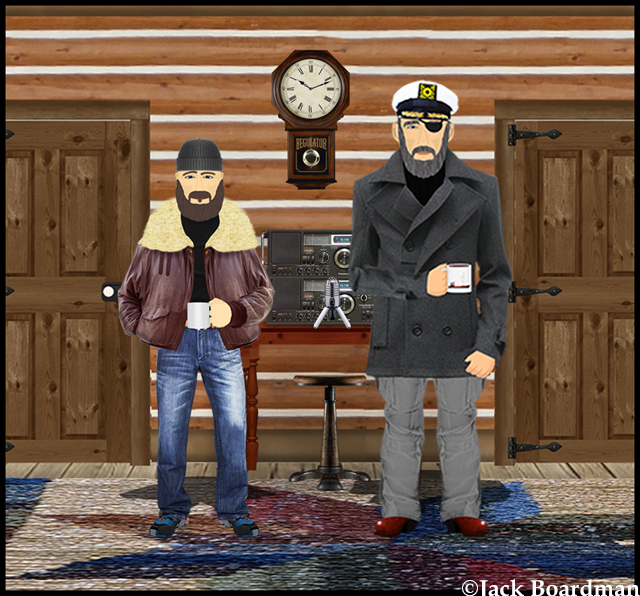 “We have a target, AJ—a big target”

“And make them think they hit rocks—we’d use no explosive charge,” AJ liked the idea, “We’d best notify Captain Halloran, and ask her schedule a rescue training mission near the Whitefish Bay shoals.”

“Good idea, AJ, the Jason Martin is big and fast enough to get the ‘copter in easy range quickly enough—perfect.”

Molly Halloran was delighted and made the arrangements with Master Chief Lyle “Cob” Pettigrew to bring the rescue ‘copter aboard. In fact, Cob Pettigrew would pilot the helicopter himself.

6 Responses to “We have a target, AJ—a big target”