“We might hope for a strong wind off our stern”

PREVIOUSLY: MEANWHILE—at Hidden Cove… Braddock had just picked-up radio traffic from Gina Apoloni to what was apparently a larger vehicle transporter somewhere near Whitefish Bay ordering the Chicago-bound boat to turn around and head for Grand Marais Minnesota, the boat was already in Lake Michigan, so it would take a day or so to get back on Lake Superior, “We have a target, AJ—a big target. It might be an opportunity to deploy the drone.”

“And make them think they hit rocks—we’d use no explosive charge,” AJ liked the idea, “We’d best notify Captain Halloran, and ask her schedule a rescue training mission near the Whitefish Bay shoals.”

“Good idea, AJ, the Jason Martin is big and fast enough to get the ‘copter in easy range quickly enough—perfect.”

Molly Halloran was delighted and made the arrangements with Master Chief Lyle “Cob” Pettigrew to bring the rescue ‘copter aboard. In fact, Cob Pettigrew would pilot the helicopter himself. 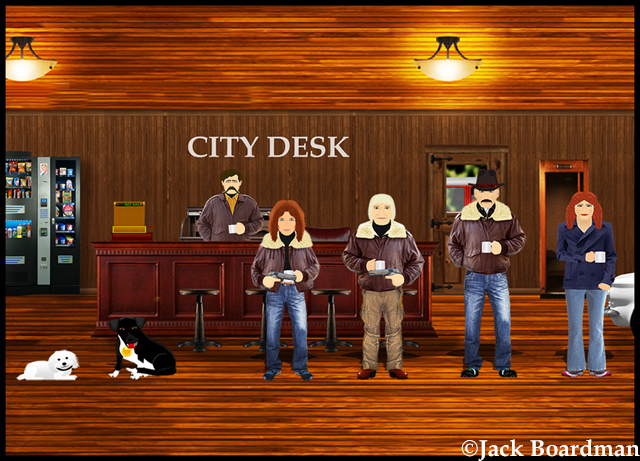 “It’s a ’62, but they’re nearly identical,” Wyatt replied, “I wonder when we’ll see some more vehicles?”

“Lar Farkleberry is preparing now to send us some,” Chris replied, “He was unsure how soon he could get them delivered—Heck’s trucks are all busy for now.”

“Anybody know how well our lake operation is going?” Liam asked.

“I only know that AJ and Braddock are monitoring the situation,” Sarah replied, “But they’ve maintained radio silence.” 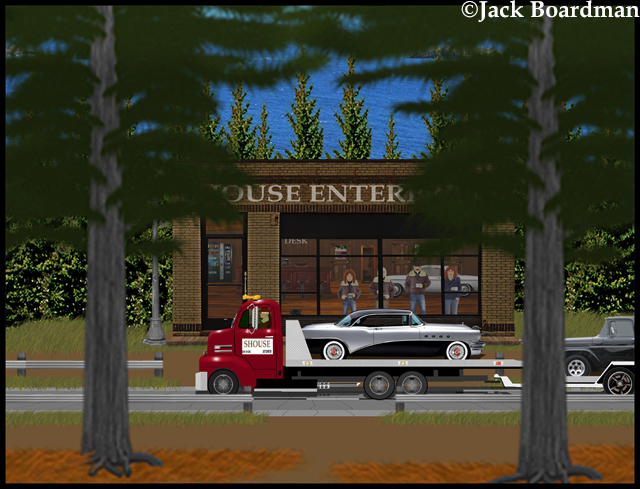 MEANWHILE—Just outside of the Port of Danger Bay… Captain Molly Halloran ordered the Martin to full speed, “Bring her to flank speed, Mr. Franklin.” 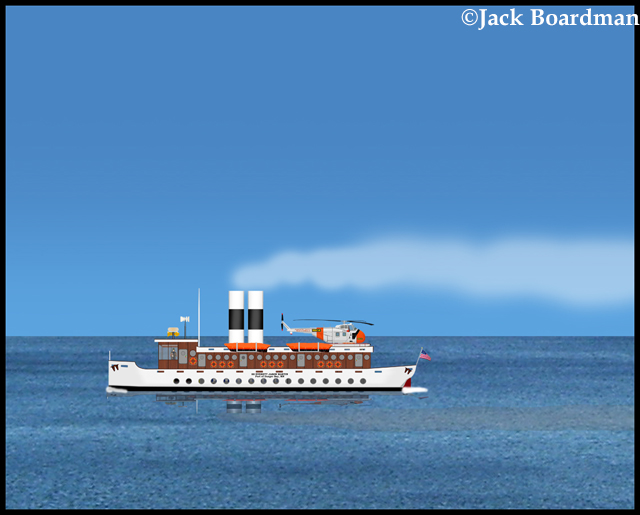 The Martin accelerated quickly to her 30kph maximum speed—this boat seemed to love the open water—and like a thoroughbred horse, she loved to gallop.

Master Chief Lyle “Cob” Pettigrew joined Captain Halloran on the bridge, “The helicopter and crew—the best crew I have, are ready, Captain. How long until we’re in range?”

“Captain Braddock Farkleberry estimates the Auto Transit 2 will take just about 30 hours to get where they want her—so if necessary, we can launch safely in about 28 hours.”

“We might hope for a strong wind off our stern.”

“Better to hope for no wind off our bow.”