PREVIOUSLY: The Martin accelerated quickly to her 30kph maximum speed—this boat seemed to love the open water—and like a thoroughbred horse, she loved to gallop.

Master Chief Lyle “Cob” Pettigrew joined Captain Halloran on the bridge, “The helicopter and crew—the best crew I have, are ready, Captain. How long until we’re in range?”

“Captain Braddock Farkleberry estimates the Auto Transit 2 will take just about 30 hours to get where they want her—so if necessary, we can launch safely in about 28 hours.”

“We might hope for a strong wind off our stern.”

“Better to hope for no wind off our bow.”

Season 13—Adventure 1—Return of Chris & Sarah—Episode 12… Twenty-four hours later, the Autoworld Transit 2 passed the Border Bridge at Sault Sainte Marie, as she traversed the Saint Mary’s River on her way to Whitefish Bay, “Captain, we have a problem—engine two is overheating.” 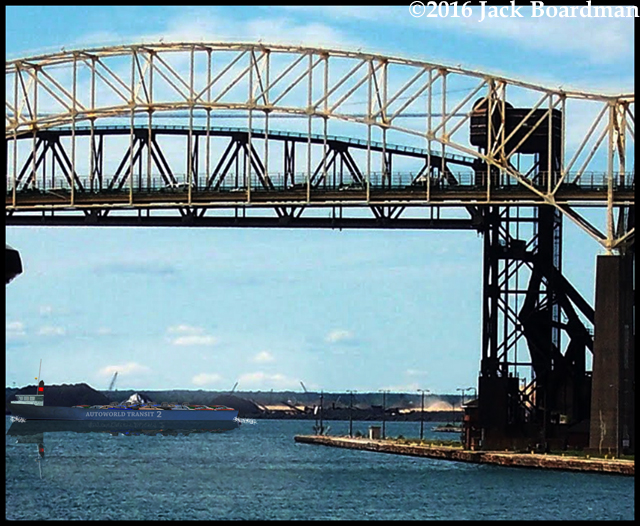 “But Captain, we’ll not make Grand Marais on time at twelve knots.”

“Thompson!” the captain shouted, “Do you really want to go out on Superior with only one engine? Bring the boat to full stop—and then see if we can fix the problem!”

The captain then radioed Gina to let her know the situation—and of course it was Georgie who answered—Gina never got this message, “Very well Captain. See what you can do with the engine. If you can’t get it running, let me know. We may have to have you hug the shoreline if you can’t get it fixed. Please get back to me in an hour.”

“Yes ma’am. You understand how dangerous runnin’ on Superior can be on just the one engine?”

“I do Captain—I wouldn’t ask if getting those vehicles to Grand Marais weren’t so important. I’m sending a boat with master mechanic and spare parts out as soon as possible. It’s a Crusader-Class converted fishing boat.”

Georgie then contacted AJ and Braddock—both grinned widely as this would allow them to approach the Autoworld boat without suspicion. They set out for Whitefish Bay ten minutes later.

MEANWHILE—Molly and Cob were on the bridge of the Jason Everett Martin… “We just received word that the transport has engine problems, and has been ‘told by Gina’ to hug the shoreline off Whitefish Bay.” 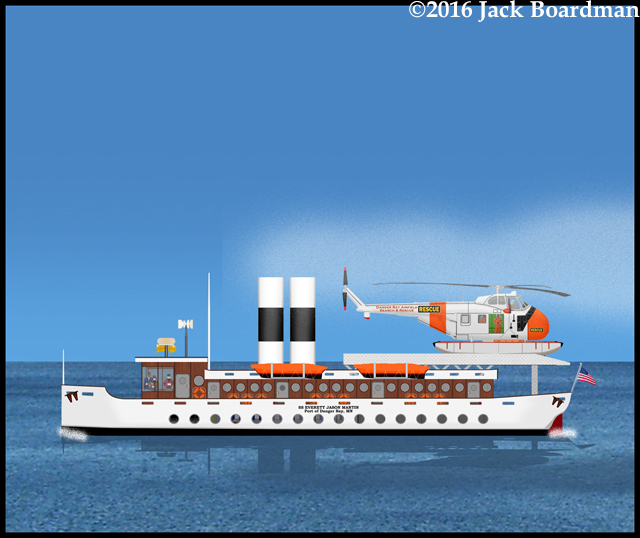 “Excellent, Molly—that will give AJ and Braddock more time to get in position to ‘assist’ them—and us to get in easy range for the ‘copter.”