Autoworld Transit 2 slipped below the surface

PREVIOUSLY: “I believe we’re close enough right here to provide quick rescue-helicopter response—about 30 minutes from the shoal where the boat will likely run aground.”

“That’s right,” Braddock agreed, “We don’t want you arriving too soon—or too late. We’ll be on our way now—we have a ‘rock’ to launch.”

It performed as expected—and punched a hole in the hull of the Autoworld Transit 2, and the captain reacted—also as expected, “Beach this boat, helmsman, NOW!”

He followed orders—and ran the boat onto a rocky-shoal and sealing her fate.

Her hull ripped wide-open, she began to slip off the shoal and into the lake—seventy-five feet deep.

The Autoworld Transit 2 had no lifeboats.

Season 13—Adventure 1—Return of Chris & Sarah—Episode 15… Fortunately—just as she began her decent into the lake, the Port of Danger Bay rescue helicopter arrived and was soon hovering just beside her deck—quickly rescuing her five-person crew.

Moments after the ‘copter completed the rescue the Autoworld Transit 2 slipped below the surface—along with her cargo which had been destined for delivery to Lakeview City. 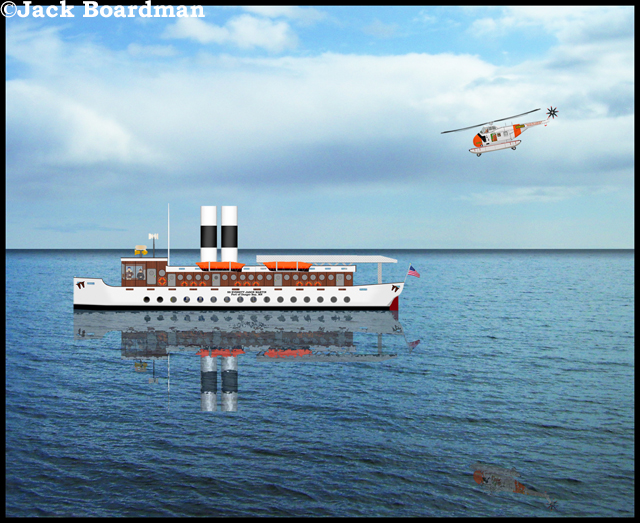 The helicopter prepared to land.

The captain and crew never saw the Crusader Rabbit, so they’d have nothing to report. They would be given luxury cabins aboard the Jason Everett Martin for their voyage to Danger Bay.

The captain was invited to the Martin’s bridge for the return trip to Danger Bay, “Excuse me Captain…” 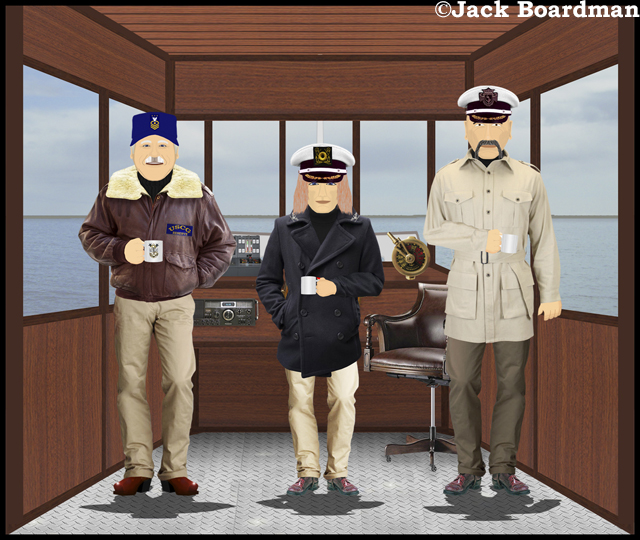 “It’s the closest port that can handle a boat this size—Grand Marais cannot, and we went a long way off-course to get our helicopter in range.”

“We were on a rescue training mission when we received your distress call,” Master Chief “Cob” Pettigrew added, “And the Martin needs to return to port to prepare for a large tour group scheduled for tomorrow—it will take overnight to reconfigure this boat for the tour.”

“Understood,” Durban replied, “Thanks for saving my crew—we owe you.”

“I’ll have a steward show you to your quarters, Captain,” Molly smiled, “And show you the dining room—your meals aboard will be with my compliments.”

“This will be your stateroom Captain,” Missy Kelm had been assigned to escort Durban, “I hope it is suitable.” 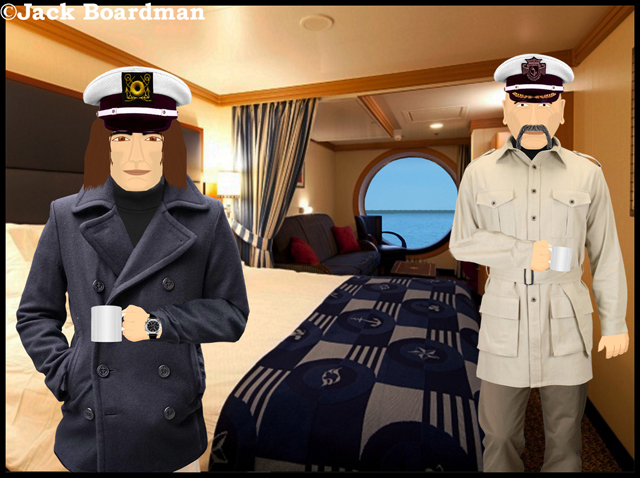 “This will be your stateroom Captain…”

“Thank you steward. Compared with my quarters, this is a penthouse apartment.”

MEANWHILE—the weekend had arrived—and our heroes…

…found themselves—somewhere in the 19th Century.

Thus ends this Adventure—but our STORY? To be CONTINUED…

9 Responses to Autoworld Transit 2 slipped below the surface