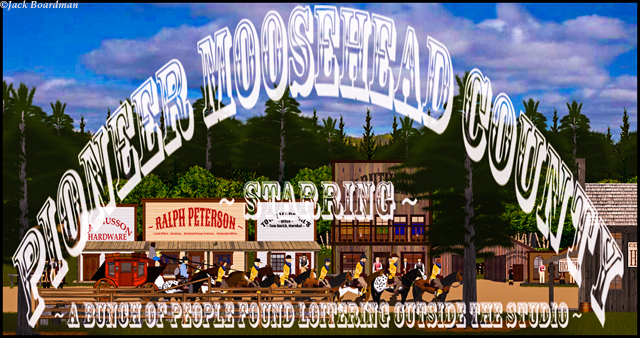 Previously: “Thank you, Judge McLeod, I know Deputy One-Eye and we’ll get along just fine.”

“He lets you call him that?”

“He does, he lost a bet with me at a gambling joint up in O’Rourke’s Drift, Saskatchewan.”

“Hello Amos,” Boomer grinned, “How are you?”

“Still suffering the indignity of being cheated—when I was supposed to be doing the cheating,” Pierce laughed, “Hello Mac, any chance you can keep this guy in line?”

Season 13—Adventure 2—Pioneer Moosehead County—Episode 6—Scene 1… “Well, that figures, Mac. As you can see, we have a bunch of suspects to be arraigned today in court.”

“Indeed, Amos,” Boomer replied, “Do you expect any problems?” 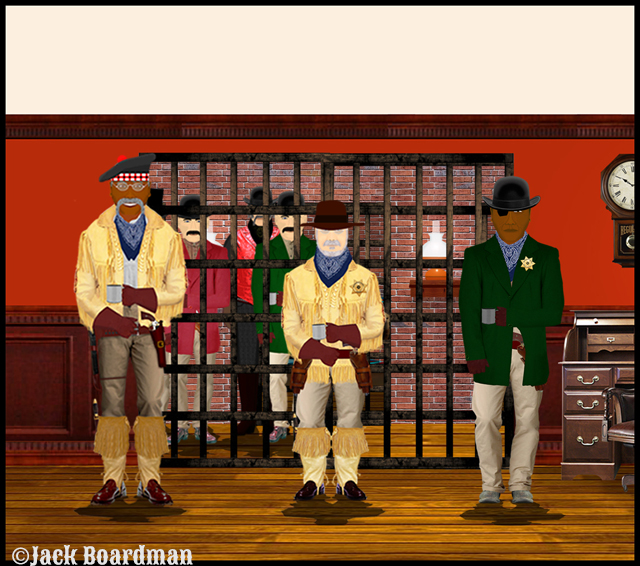 “Other than the fact we don’t have enough cells for all of them? Yes, I’m the only deputy sheriff in the county.”

“We can help,” Mac offered, “We have our usual bunch here, I’m sure they’d all be willing to help out.”

“But first, we have a lot of bodies to bury; out-of-town,” Boomer added, “The town marshal made that clear.”

“He’s a nincompoop,” Amos snorted, “I’ll talk to the judge and see if we can put off the arraignments for a few hours. We’ll have the suspects bury their own dead.”

They were headed for the burial ground out of Moosehead City some five miles.

Hovering high overhead was a very-large bald eagle accompanied by a much smaller carrier pigeon—ensuring no prisoner would escape.

They turned onto an old logging road—a leftover from a now abandoned logging operation—and continued another mile where they found a clearing in the forest. 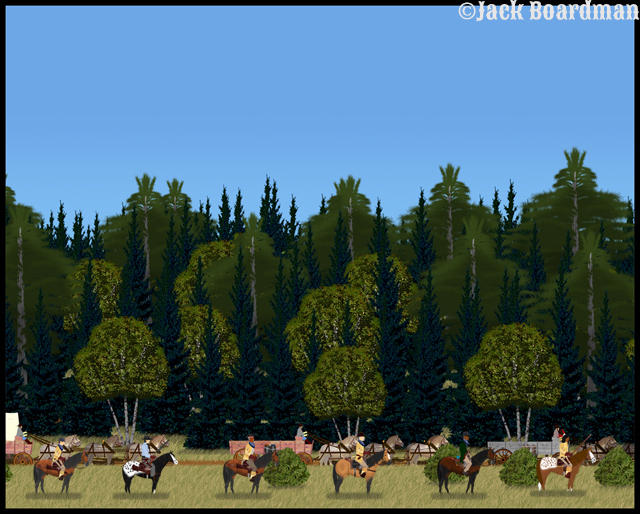 They turned onto an old logging road

After eight hours of hard work the dead were buried—and the living prisoners exhausted.

A crude wooden sign was placed at the entry to burial ground: “Here lies the rotting remains of cowards who attempted to take over Moosehead City.”

A fitting tribute. That message was not lost on the surviving outlaws.

Later, when they returned to the courthouse, the prisoners awaited arraignment quietly; causing no problems.

All pled guilty and were soon placed aboard a train for transit to the prison in Stillwater Minnesota—where they would live out their remaining lives.