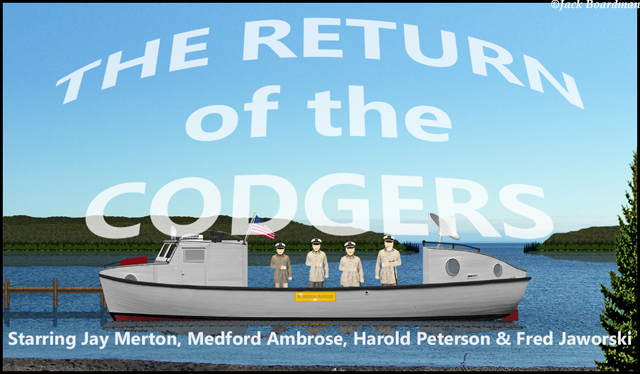 PREVIOUSLY: Built purposely small, as they knew most would not linger, but “insiders” knew of the lower level, where they could hang-out and enjoy each other’s company.

Boomer and Big A (now, permanently a “good guy,” and currently Boomer’s chief deputy) who had to answer a call at a bar (so early?) just south of town.

The bank of coffee machines (two machines had tea, for those so inclined; with a variety of flavors steeped in various flavors by the day) was impressive, and the commercial grade stove and refrigerator allowed for a varied breakfast menu—with breakfast the only meal served, anytime of the day until 3PM when the Coffee Café closed.

“You must be Ralph,” Jay noticed the tall slim fellow as he and Linda walked in, “And you must be the Boomer-cousin we’ve heard so much about.”

“And I,” Linda grinned, “Was until today, forced to pretend to be Boomer’s spouse.”

All three laughed at Boomer’s expense—too bad he wasn’t here for that experience.

“Boomer and Al have arrived.”

A second later a black car slowed outside and three gunshots were heard.

“BOOMER!” Big Mac exclaimed as his friend crumpled to the sidewalk.

The ambulance had taken the critically wounded Boomer and was on its way to the hospital in Moosehead City.

State Patrol Lieutenant Todd McCoy and Thunder were at the side of Historic US 61 in his cleverly modified 1955 Chevrolet police interceptor monitoring traffic when he got the call—and almost before he could reply, saw the black late-model Dodge Charger speed by. 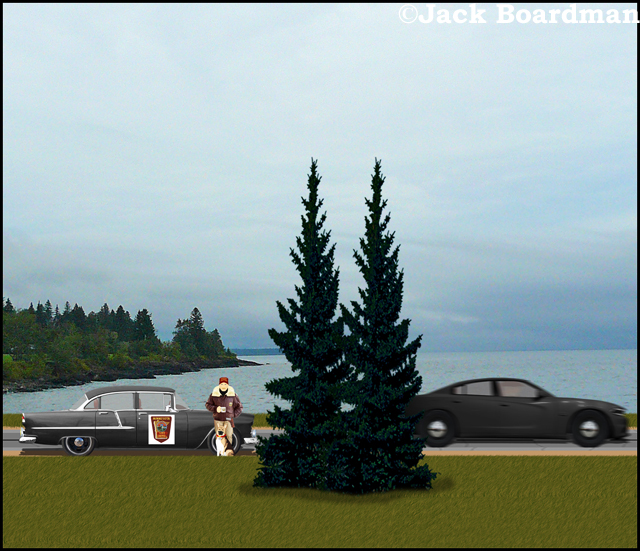 “A job well done, it’s time to celebrate, I think.” 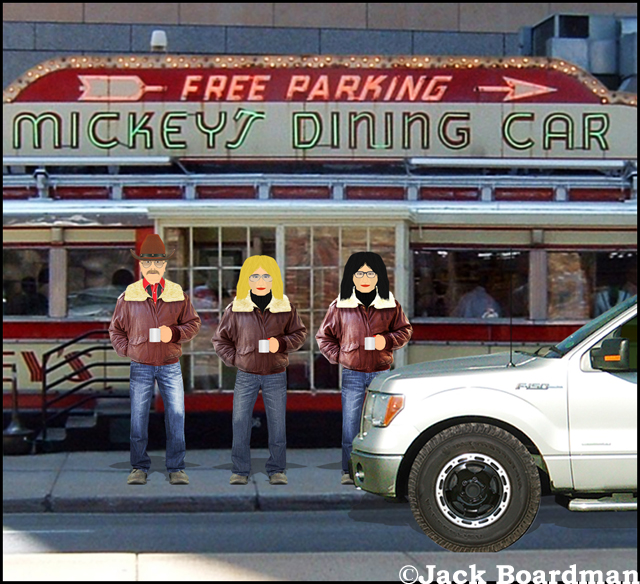 “A job well done, it’s time to celebrate, I think.”

Who are they—WHY are they smiling?