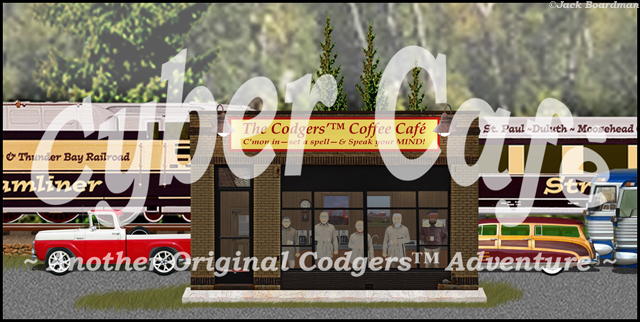 PREVIOUSLY: They stopped first in the Port of Danger Bay where they met with Camille Farkleberry, Realtor® and asked about businesses for sale.

Cam Farkleberry just happened to have a listing in Lakeview City she could show them.

They arranged to meet Cam at the former “Bar & Grille” in Lakeview City.

After viewing the interior, Alan made a reasonable “short-sale” offer. Cam knew Isaac “Trigg” Guudlender (sometimes spelled “Goodlender” on these pages) would likely approve the offer; and it helped that her appraiser, Ralph Halvorson had determined the actual value of the bar to be less than the offer Alan Smith made.

Guudlender was no fool, and he made the loan contingent upon certain improvements being made to the building and grounds; they would have the improvements completed before taking title to the property.

That would be no problem, it seems Alan Smith sold the Superior warehouse to the Chicago cartel that owned Autoworld Transit, for the unbelievably low price of $250,000.00. The Smiths didn’t actually own the warehouse; but sold it anyway.

Season 13—Adventure 4—Cyber Café—Episode 3—Scene 1…Downtown Lakeview City… Buck Tatonga (Large Deer) and Bear Uzumanti (Grizzly Bear) owners of two Johnson’s Supply stores (one in Forest City) were preparing to open for the day, when they observed their new neighbors for the first time, at the former “Bar & Grille” and walked over to greet them, “Good morning, I’m Buck Johnson, and this is my brother, Bear. We own Johnson’s Supply.” 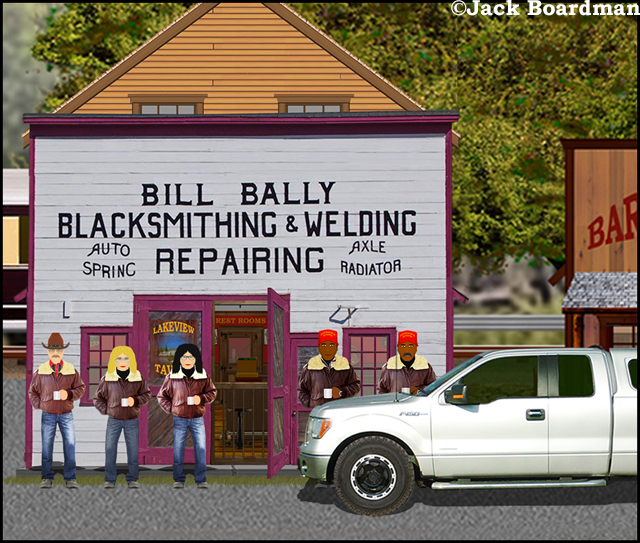 “Good morning to you. I’m Barb Smith, this nerdy-lookin’ guy is my husband, Alan, and this, is my sister, Gerri Clark.”

“And this,” Alan glanced at the door sign, “Is the Lakeview Tavern; opening in a week or so, with any luck.”

“We had to make significant improvements in the place to secure a loan, and we’re done and waiting for loan officer to come out and inspect anytime now,” Gerri added, “Are either of you single?”

THAT elicited gales of laughter.

Episode 3—Scene 2… In Boomer’s Parlor… “So, Daisy,” Boomer grinned, “You, Cujo, and your friends have to hang around here in Danger Bay for the time being.” 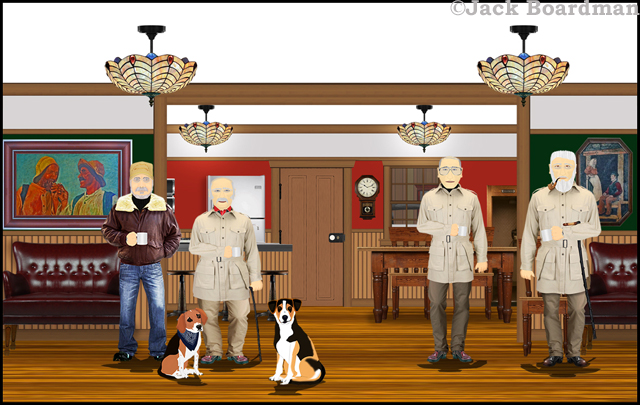 “That’s right,” Medford added, “We think Aleev, Bambi and Gina will be returning now that we let it be known the we have closed the case on Boomer’s ‘murder,’ and will return to the area.”

“In fact, we think may already be back,” Jay Merton said, “The old Bar & Grille has been purchased and is being rehabbed. The purchase was made by a man and two women.”

“And we want them to get very comfortable and feeling safe, before we strike,” Boomer grinned, “And I show up to arrest them.”

“Good thinking, Alpha-Jack,” Cujo arfed, “We want to be there when you arrest them.”