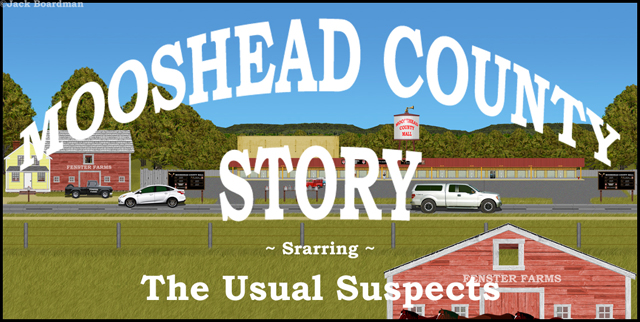 Previously: “I have cold sandwiches, chips, and a salad for each of us in the squad; for when you’re ready to eat.”

“No, coffee in your Thermos® bottle; HOT.”

“I’m sorry, sheriff,” Doc McLean said as he came out of the operating room, “He’s critical; but he’ll live.”

“Good; then I can send him a Christmas card at Stillwater prison every year.”

Season 13—Adventure 5—Moosehead County—Prologue Part I… We’ll get back to this story—but now I need to tell you a little something about the county.

As many of you know, I’ve updated The Port of Danger Bay Village. 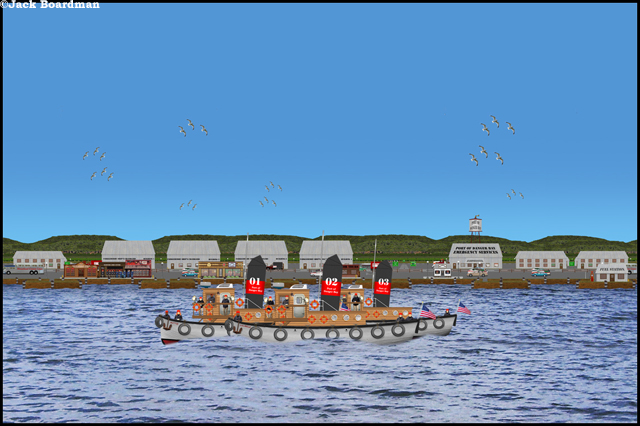 So now—it’s way past time to re-imagine Downtown Moosehead City. Up until now, I’ve used a four-plus blocks deep master image, but found it cumbersome to assemble. What I’ve done is to make Moosehead City a smaller town arranged mostly along “Main Street,” with occasional glimpses of a parallel residential street.

We’ll start with Downtown Moosehead City. You may step off the bus here.

Do you notice anything missing?

There aren’t any, anymore. We’ll get back to that a little later.

Schools, churches, and the Works Progress Administration Public Libraries, as they are in Danger Bay, are located in the residential area of Moosehead City. 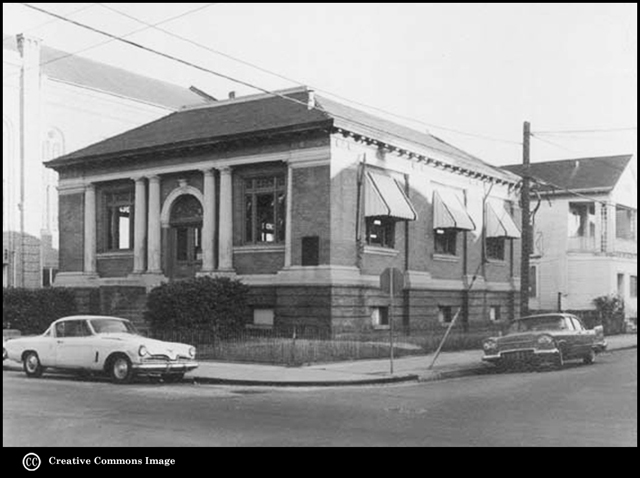 Alright, we’re done here—let’s get back on the bus.

11 Responses to Prologue Part I