Season 13—Adventure 10—Episode 6, Scene 1… On the road to Danger Bay… Mac and the rest of the Rootin-Tootinist Posse continued their journey to Danger Bay with the intent of incarcerating the remaining seven outlaws.

They were soon joined by Flutters (who flew over-watch), Buttons, and Pepper (who had been trotting off the road—covering their right flank), and just as Boomer & Jay experienced—the outlaws were full of “tough-talk,” talk which failed to impress any member of the posse.

The posse tuned-out their chatter.

The outlaws gave up—their comments didn’t have the desired effect.

The dog-people had much to say—but only their friends heard what they were saying—the outlaws heard only barking and squawking.

They did not get their wish. 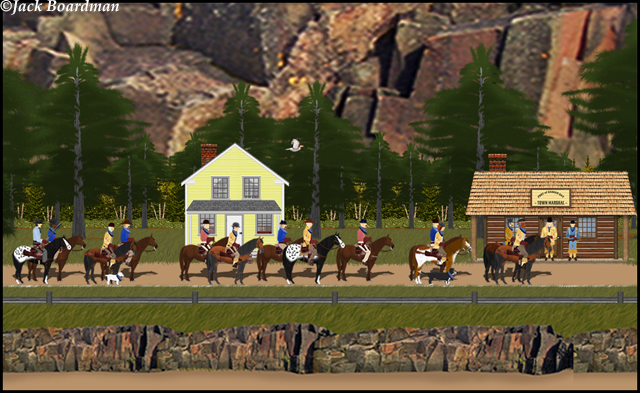 They did not get their wish

The ride didn’t last long—ten minutes at the most.

But it was the longest ten minutes of their miserable lives—so far.

“Well, lookie-here,” Chris grinned, “We wondered when you’d join us in time.”

“They made us an offer we couldn’t refuse,” Debra replied.

“Even if we desperately wanted to refuse,” Joey added.

“You may stop now,” Mac laughed, “We really need to fill your jail.”

“Oh—goody!” Debra said, “That will give Joey something constructive to do.”

Episode 6, Scene 2… The Great Beyond… Pepper dawdled crossing the Rainbow Bridge—he stopped frequently to look left and right from the bridge—and marveled at what he saw.

I can’t tell you, GENTLE READER, what he saw—I’m simply not privy to what is there to see—at least not YET!

“Welcome, Pepper,” Cujo greeted her cyber friend and RW newcomer, “I have been expecting you for a very-long time.” 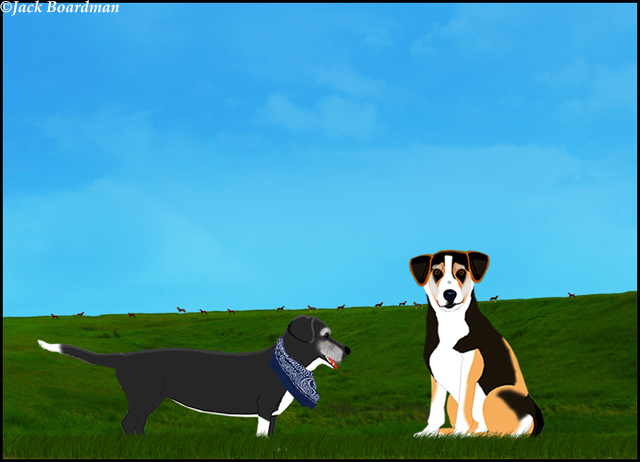 “I know—a difficult journey—it was for me as well.”

“You—you came from the REAL WORLD?”

“That’s a very long time—will I ever see my humans again?”

4 Responses to “Joey doesn’t like me being the boss.”