PREVIOUSLY: “HA!” Cam laughed, “The Ojibwa are quite well-off, as they are quite frugal with their spending, and can even afford to pay for each child in the county all the way through to a Bachelor’s Degree in college—as long as they attend the schools in the county.”

“What if they were Muslim?”

She let that sink-in.

He didn’t take the bait, “I am no longer a fugitive, as of today.”

Bill Carlson was satisfied that Read and his soon-to-be ex-wife were settling-in to their new lives.

There was, however, more business which required his attention: those so-called “Rootin’ Tootinist Posse members HAD to be eliminated—once—and for all!

To that end, he called-in his newly hired henchmen, “Gentlemen, I’ve heard through the grapevine that five people—who together, and separately, have caused me considerable discomfort—are leaving on a motorcycle vacation.” 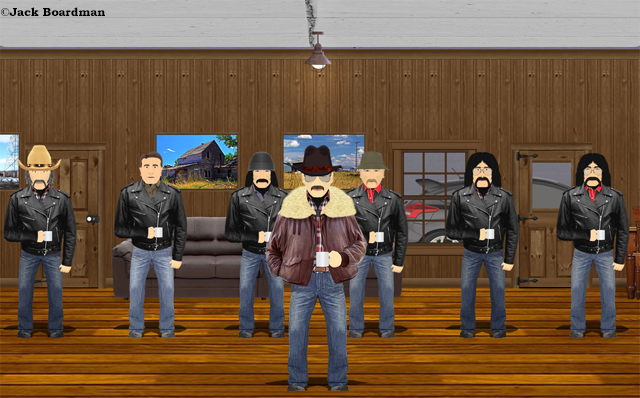 “Make sure they don’t return. Follow them, and when they get a fair distance away from here—take them out!”

“So, how are we gonna know when they leave?”

“Stake-out Boomer & McIntyre’s places on the bluff,” Carlson replied, “I don’t care how long it takes—just do it!”

Episode 1—Scene 2… Outside the Cabin-on-the-Rock… “I see bikes down there.” 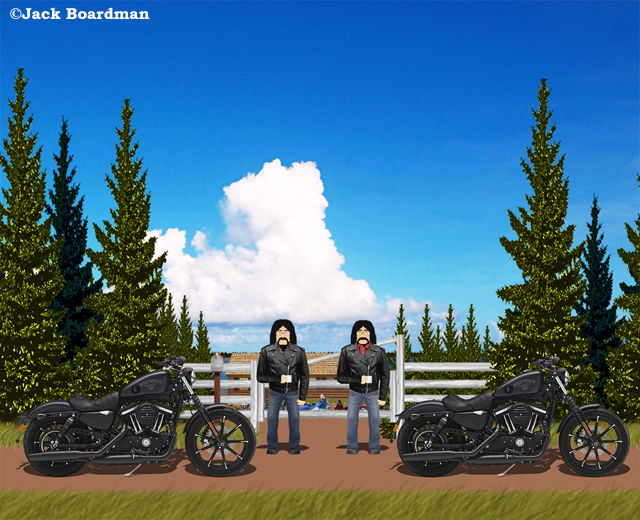 “I see bikes down there.”

After Fred got off the phone, “What did he say?”

“He wants us to get out of sight and let them pass, then let him know the direction they went.”

“Do you really want to follow those guys?” Fred asked.

Episode 1—Scene 3… Inside the Cabin-on-the-Rock… “Attention—may I have your attention, please,” Mac called-out, “Check-out the big-screen monitor.” 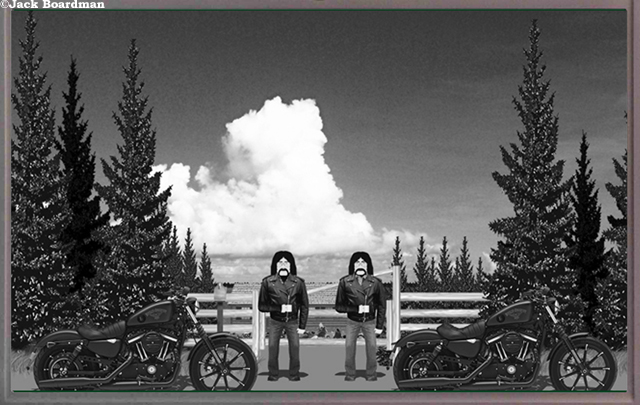