PREVIOUSLY: After Fred got off the phone, “What did he say?”

“He wants us to get out of sight and let them pass, then let him know the direction they went.”

“Do you really want to follow those guys?” Fred asked.

“Attention—may I have your attention, please,” Mac called-out, “Check-out the big-screen monitor.”

Season 15—Adventure 6—Bikers—Episode 2—Scene 1… “Sorry about that—the camera seems to be stuck in ‘night-mode,’ that setting gives a better nighttime image than color.” 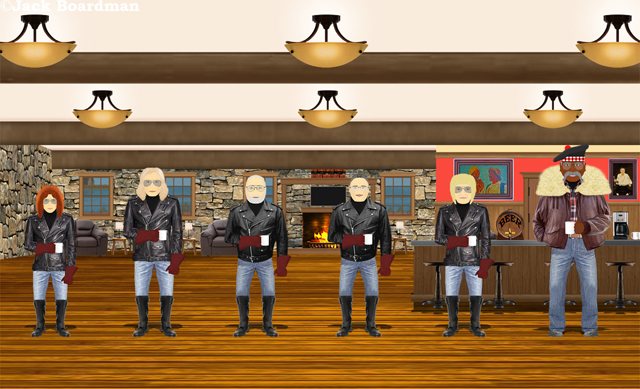 “We rather expected our friends would somehow know our plans,” Chris observed, “How do they do that?”

“The question that comes to me—what are we going to do about that?” Sarah asked.

“Nothing, Sarah,” Debra replied, “We’ll just go about having a fun road-trip.”

“…And be ready to spring a trap when they least expect it,” Boomer grinned.

“Okay, kids,” Debra said, “Let’s saddle-up and get this adventure on the road!”

Episode 2—Scene 2… Outside the Cabin-on-the-Rock… Chris left first, as the possibility of the bad guys being still lurking, remained a possibility. Her bike was easily the fastest of our hero’s rides, and could outrun any other bike on the road.

She dismounted looked in all directions with her helmet off—for better visibility.

She heard no one. 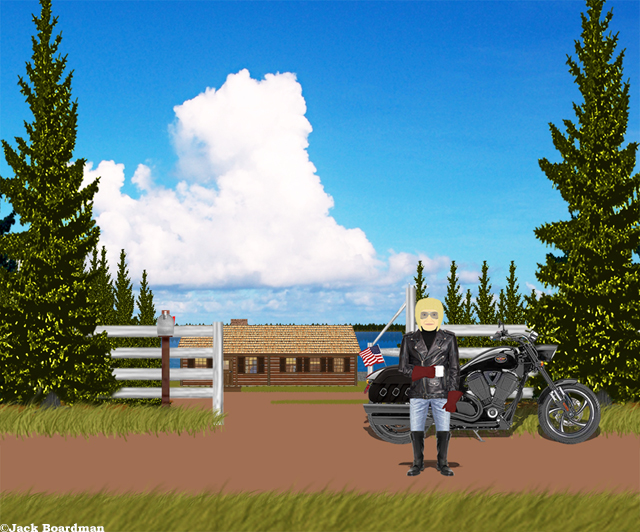 After they got the “all-clear” from Chris—the rest of the Rootin-Tootin Bike Club followed close behind. ­

They each had a two-way, digital radio in their helmets, so they were in constant communication with one another.

Episode 2—Scene 3… At the Dewdrop Inn… They simply HAD to stop here at the Dewdrop Inn—Debra became weary of Joey’s repeated complaint, “I’m hungry—can’t we stop for lunch?”

Boomer had the same strong hunger—which he was now glad he kept to himself. 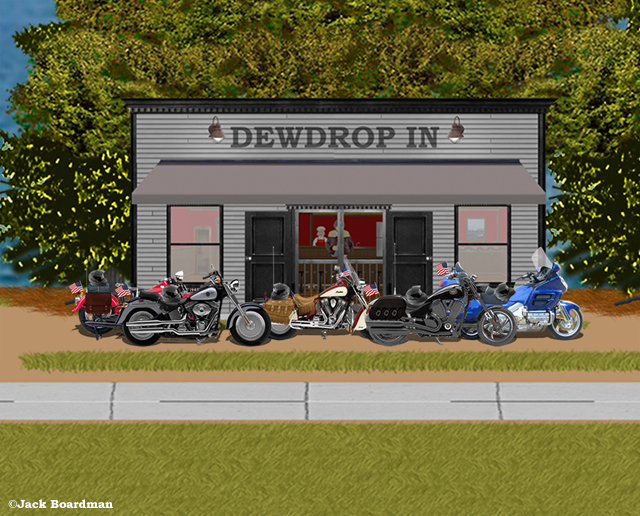 Episode 2—Scene 4… On the highway—thirty miles behind… “You said, ‘They ain’t gonna be on the road for hours.’ So WHY haven’t we caught-up to them—yet?” 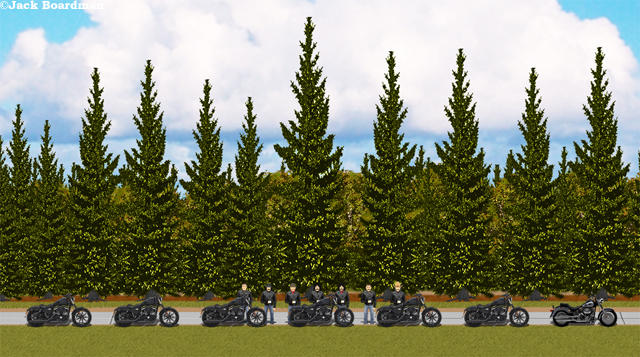 ‘They ain’t gonna be on the road for hours.’