PREVIOUSLY: The Rootin-Tootin Bike Club were more than ready for food. Unfortunately—this stretch of highway didn’t have much to offer. They passed a couple of gas stations—with only candy bars to offer as food.

Clearly catering to bikers—the Harley motorcycle painting over the door seemed to be a clue—our heroes were too hungry to let that get in the way.

“It looks fine to me,” Debra was too hungry to pass the place by, “Let’s check it out.”

Episode 4—Scene 3… Inside Red’s Bar… The Rootin-Tootin Bike Club members ambled into the bar—attempting to look comfortable with the place, “Greetings, bikers, I’m Red—owner of this high-classed joint. What will you have?”

“Food, mostly,” Debra replied, “There aren’t many places serving food on this stretch of road.”

“Food? We have a good selection—because there aren’t any other cafés of any kind for fifty-miles,” Red replied as she handed them menus.

Everyone heard the rumble of several motorcycles outside…

Season 15—Adventure 6—Bikers—Episode 5—Scene 1… Inside Red’s Bar… “Do you sissies ride them sissy three-wheeled bikes outside?” A gravelly voice belonging to a very-slim, black leather wearing guy, followed by a very-large, short for his height—similarly-dressed man. 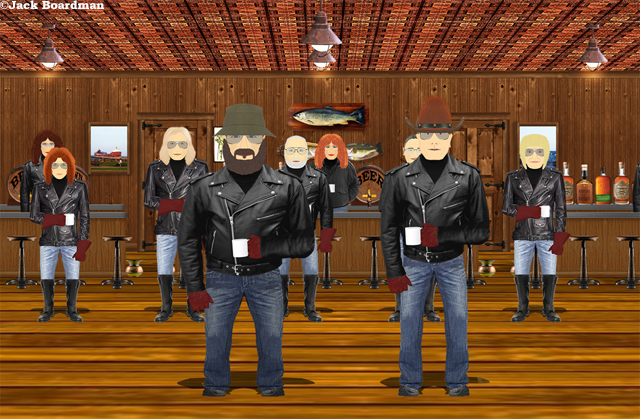 “Do you sissies ride them sissy three-wheeled bikes outside?”

“Hello, Tom, Jerry,” Red greeted the two bikers as they walked in, “Folks, these two badass bikers are Thomas Harley and Gerald Davidson.”

The two turned-out to be genuinely friendly and the Rootin-Tootin Bike Club members enjoyed their company.

“Have either of you seen a bunch of bikers flying the ‘Jolly Roger’ flag on their bikes?” Debra asked.

That stopped the light-hearted banter—Tom and Jerry became serious, “We’ve heard some rumors.”

Episode 5—Scene 2… At a fork in the highway… “I think we should split-up here,” Rufus “Highway” Edwards—the leader of this particular pack of Badass Bikers—The Jolly Rogers, decided, “We’ll take the fork and Tommy and three others, continue down this road. That way one, or the other, group will find them. With some luck, we can surround them.” 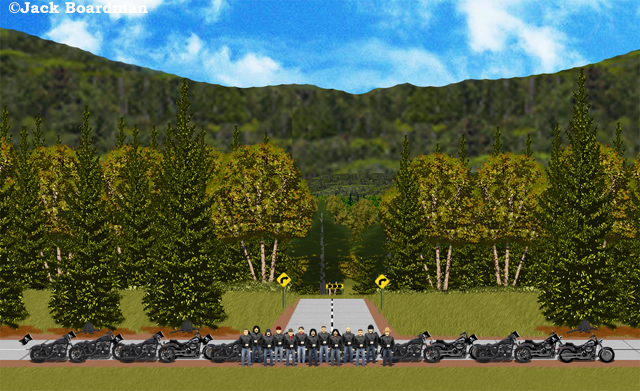 “I think we should split-up here” 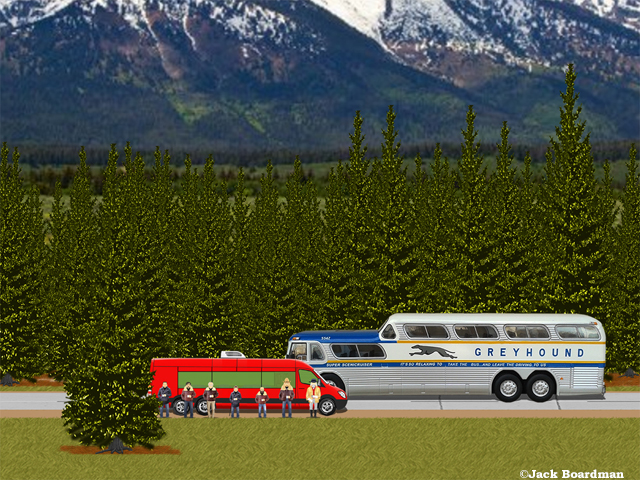