PREVIOUSLY: The door formed a “defile” causing the Jolly Rogers to enter in single-file—as they entered they faced five grim-looking bikers—with guns aimed and ready to shoot.

Each wisely dropped their gun until all stood there looking—and feeling foolish.

“A ride, that if I have my way,” Sarah wickedly grinned, “That won’t end well for you.” 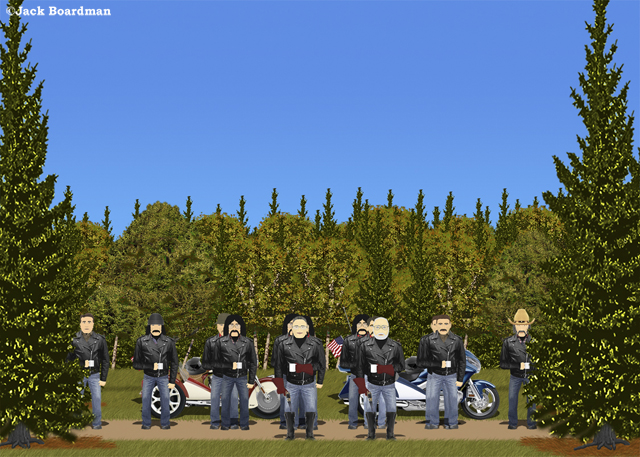 “The good news—we’re letting you go…”

“Yup,” Joey replied, “Because we flattened all the tires on your bikes. Happy walking!”

Episode 1—Scene 2—On the Desert Road… James Butler Hickok contacted Cujo. He asked her to provide two additional vehicles—a lead and a chase vehicle to help protect the Adventure Bus from a surprise attack.

Much to everyone’s surprise and delight—Calamity Jane and Lacey Dalton also appeared.

Still—Hickok wondered if rest of the Rootin’-Tootin’ Posse had finished their “business” with the Jolly Rogers.

What he didn’t realize—there was a Jolly Rogers Chapter here in Arizona.

He did when they passed them—as if on cue. 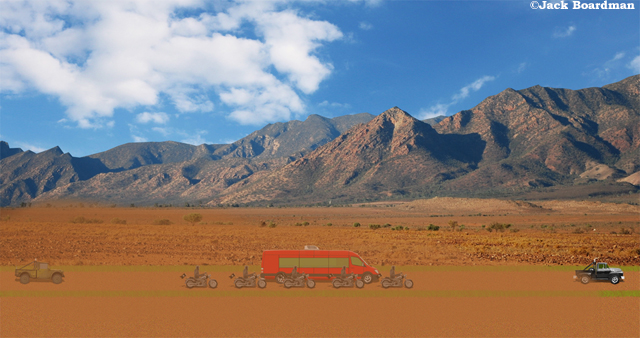 He did when they passed them—as if on cue.

After a spirited—but jovial–campaign by Linda, Debra was again elected team leader. She kept the march-order the same, with Jimmy Silverthorn scouting ahead and Sarah Cooper guarding the rear. 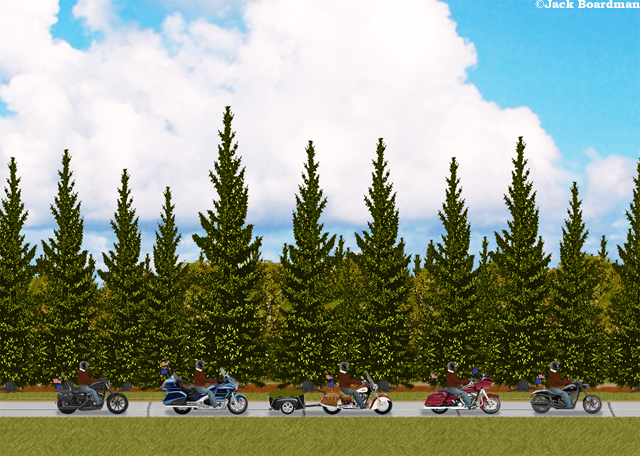 Boomer, over the STRONG objection of Joey, was assigned as the team quartermaster, “But, I want to pull the trailer!”

“Aw—dammit!” Joey replied, “I forgot to have a hitch installed.”

“So, Joey, what job did Debra assign you?”

“It can’t be that bad,” Boomer laughed.