PREVIOUSLY: They found part of the caravan that was taking the prisoners to their arraignment in Maricopa County—missing was the truck with the prisoners!

The cars were full of bullet-holes—and dead marshals.

“I just radioed Linda—they’re on their way,” Officer Wyatt Cooper said, “We’ll see if we can pick-up the trail—let’s ride!”

Episode 5—Scene 3—Inside McGinty’s Cabin… “You fellas know what to do with those guys?” McGinty asked.

“Yeah, boss,” Andrew replied, “We were just waiting for your word—we’ll make them dead.”

Season 15—Adventure 8—Long Road—Episode 5—Scene 1—Inside McGinty’s Cabin… Andrew & Alphonso returned moments later, “We had a few of the boys put the bodies in the truck, and told them to drive it out onto the desert and torch the truck.”

“Right, Alphonso,” Andrew added, “It made a very pretty fire—and spectacular explosion when the gas tank blew-up. A fine cremation for our hapless friends.” 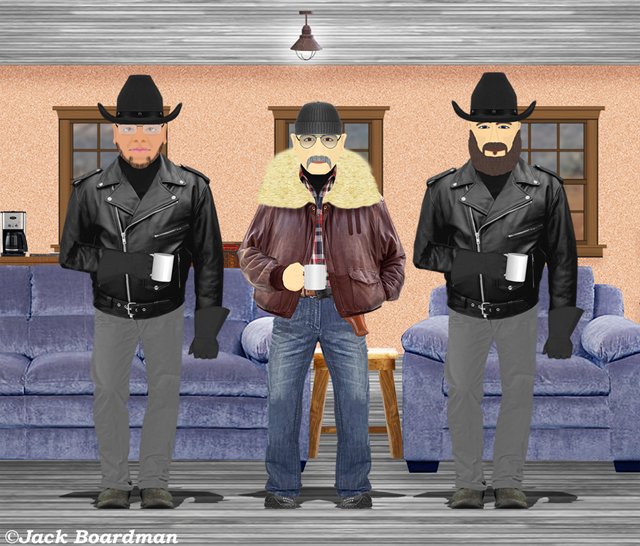 “…A fine cremation for our hapless friends.”

Episode 5—Scene 2—A half-hour later, on the Desert Highway… Nearly fifty Jolly Rogers rode into the outnumbered Rootin’-Posse on the highway—It wasn’t pretty.

The lead pick-up trucks opened fire—taking a terrible toll on the Jolly Rogers. 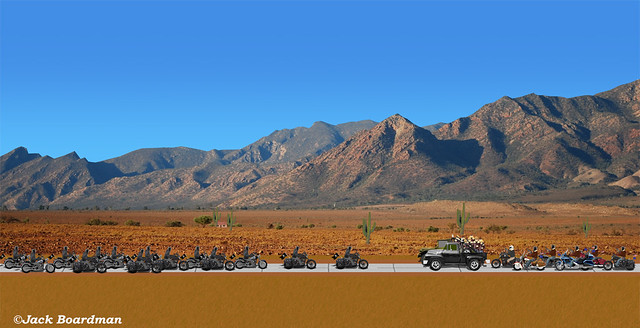 Not one of the Rootin’-Tootin’ Posse suffered even a scratch!

Episode 5—Scene 2—Forty-five minute later, and five miles away on the Desert Highway… “How?”

“I have no idea, Andrew,” Alphonso replied, “Just lucky?”

“We appear to be alive—that’s a good start.”

“It’s more than a ‘start,’ as you put it,” a rather “doggish,” disembodied voice interrupted.

“Who said that?” a more than a little startled Andrew asked. 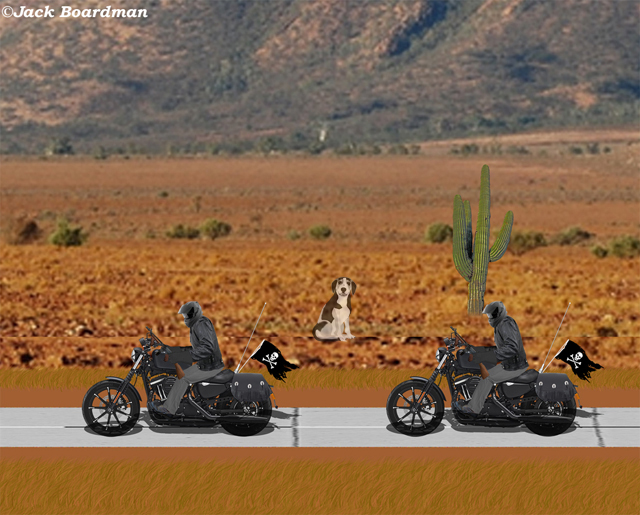 “We’ve never met,” the now partially visible apparition replied, “But you’ll come to know me soon enough. My name is Juco and I bend time and place. Your time here is at an end—for now.”

“What am I doing on this—this horse?”

“You are on your way to a place you’ve never seen—the Arrowhead region of Minnesota.” 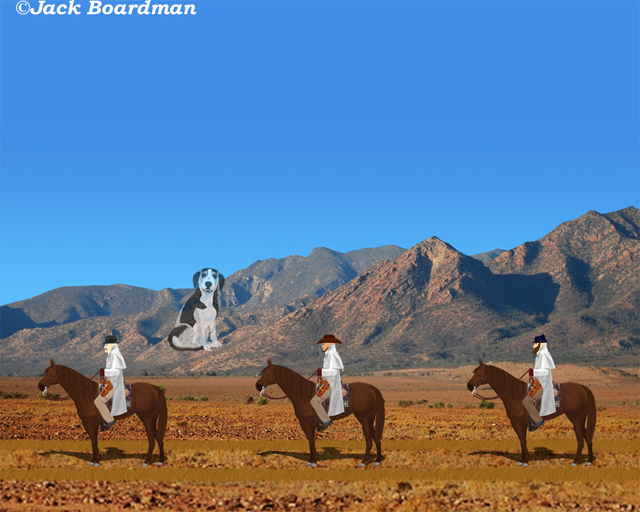 And so, this (short) ADVENTURE has concluded—but our STORY? To be CONTINUED…