PREVIOUSLY: “They’re sentient, Major, far stronger with the endurance of a mule,” Linda replied, “The also can speak.”

Linda let him ponder that—suspecting he didn’t believe her.

Jimmy, Boomer, and Joey met a unit of the 10th Cavalry, known widely by the Natives as “Buffalo Soldiers” as all, except the officers, were Black former slaves.

“Hold-up there,” Lieutenant Fitzhugh commanded, “We’ve received word that there are desperadoes about.”

“At EASE, Lieutenant,” Captain Boomer fired-back, “Do we LOOK like ‘desperados’ to you?”

“Very-well, Lieutenant, “Be on your way, and the next travelers you meet are also with us—DO NOT GIVE THEM TROUBLE!” 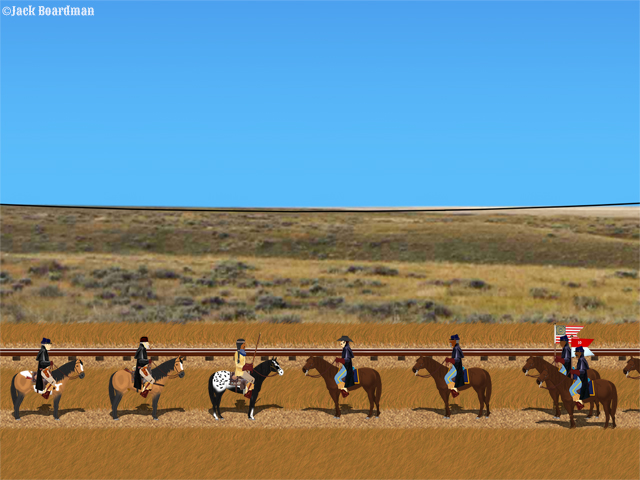 After Lt. Fitzhugh and his Buffalo Soldiers (some of the best & toughest cavalrymen in history) rode-off, Joey cracked-wise, “Didja hafta be so cruel to that shave-tailed rookie officer?”

“Of course, not—but couldn’t help myself.”

“Yup,” Chris replied, “How are things in Deadwood?” 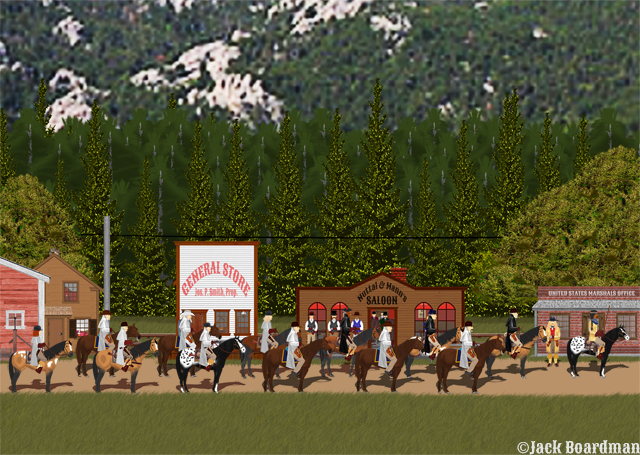 “How are things in Deadwood?”

“Relatively quiet considering this is a town of legendary, and often falsely, wild reputation.”

“We need to talk—in private.” 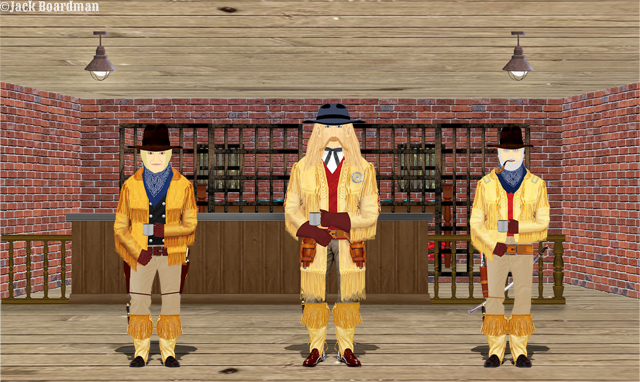 “Why? We know that they’re there and can keep track of them.”

“Because, the Natives want to take it back. It was theirs originally.”

“You’re going to have a fight,” Hickok replied, “You don’t have enough people.”

“Oh—but we do. We have natives meeting us there—enough to easily take Driftwood. And afterwards we’ll deal with Beauregard by bringing him to the 21st Century to stand charges for his multi-time crimes.”

“And he has no idea what you’re planning?”

“We’ve gone out of our way to make him believe we’re on his side.”

Hickok sighed, “I hope this works. Before I forget, how am I doing in the 21st Century?”

“WHAT?” Chris was stunned.

“His history was contrived by our friend Cujo, and she has given me permission to tell you. That’s why I’m not concerned about my being shot in a few years from now. It works-out.”

“Um, Captain Boomer,” Chris gave Boomer the evil-eye, “Why didn’t I know this?”

And so, this ADVENTURE has concluded—but our STORY? To be CONTINUED…

3 Responses to “You never asked.”