Previously: Joey and Boomer were on their way to Boomer’s place when they noticed the gate to the Cabin-on-the-Rock was open.

Boomer turned down the driveway.

“Wait—what ARE you doing here?”

“I was under the misapprehension you were spending the winter in Alabama.”

“We had enough of the crackers who seem to not like us very much,” Collie replied, “It’s gotten worse than it’s been in many-many years.”

“That sucks!” Joey exclaimed, “Welcome back.”

Episode 5—Scene 3… Inside Louisa, Anna and Susan’s Cottage… “Do we—or do we not have these yokels fooled?”

“I believe we do, Anna,” Susan replied, “I’ve not had that little warning-voice speak to me in my head, so far.”

Season 16—Adventure 8—Deputies—Scene 1… Inside Chris and Wyatt’s home… (Editor’s note: This first scene written by Chris Shouse) There was a fire roaring in the beautiful fireplace. It was almost dusk, and they had settled in for the evening with nothing to do for a change. No bad guys to chase, no undercover work to do.

They were happy just to stand in front of the fire with a nice glass of wine. 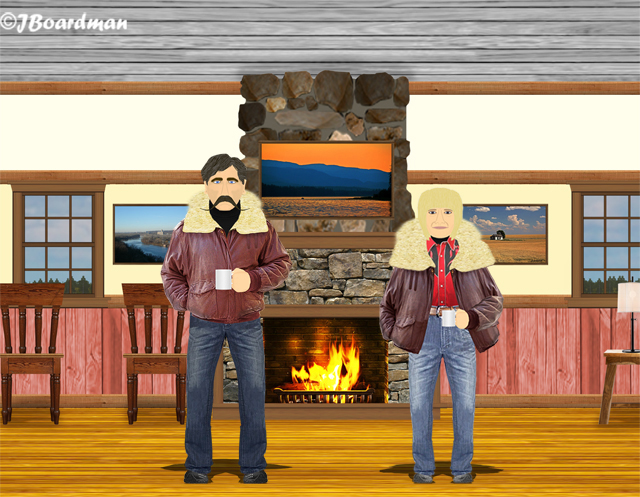 They were happy just to stand in front of the fire…

Now, anyone who knows Wyatt knows he is a man of few words. The most expressive about him is his handsome mustache. At least Chris thought so. She could usually gauge his mood by his mustache.

Tonight, though she was not so sure. There was something in the vibration of the room that was not quite the same as usual. She could not put her finger on it.

So, when Wyatt stood up and bent down on one knee Chris was speechless and her heart was pounding so loud I am surprised that you dear readers could not hear it.

“Chris, we have been through many things together, some highly dangerous, some a lot of fun,” he paused a moment, and then asked, “Would you do me the honor of becoming Mrs. Earp IV?”

Chris was still without words as he held out a beautiful ring—so she did what she loved doing that—being to stroke that handsome mustache and replied, “I could not think of anything that would make me happier.”

He slipped the ring on and pulled her up hugging her tight.

Episode 6—Scene 2… Inside Louisa, Anna and Susan’s Cottage… “You know, Sue,” Louisa was thinking out loud, “Maybe we should not show-up everywhere together—but separately. Make different friends, visit different towns in the county, and generally establish ourselves as individuals.” 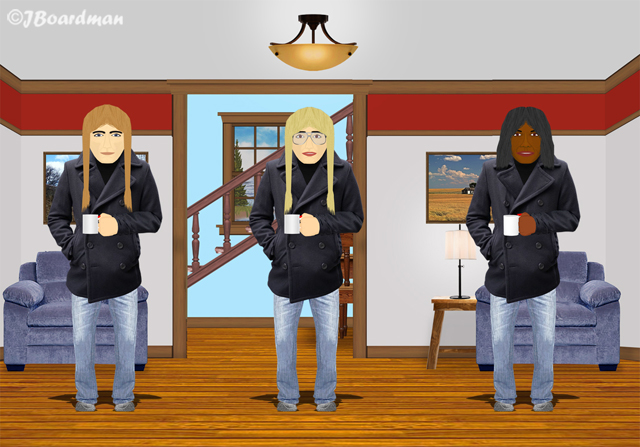 “I hear the place to go for is Farkleberry’s,” Louisa added, “C’mon Anna, let’s check it out.”

“Wal, I reckon I kin help you,” Medlar Farkleberry replied, “It is a little flashy, but not too flashy ‘cause there’s a lot of them around.”

“What kind of car?” Louisa asked.

“Lemme go get th’ car,” Lar suggested as he left to get the car. 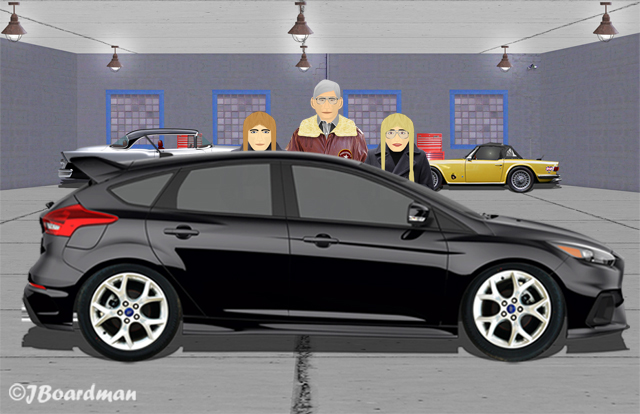 “Doya know how to drive a stick?” Lar asked.

“Take her fer a spin and see if she works of you,” Lar suggested, “I ain’t gonna pressure you—but I will let the car speak fer itself.”

“We fix anything you find wrong for free the first year, an after that at 10% over our cost.”

Louisa paid cash for the car—and then drove out to beat-up a little highway.

Luckily—all the law-enforcement people were having coffee & donuts—off the road.

8 Responses to “It’s kind of flashy.”