“She deserves to die.”

Dr. Pettersen studied the two young women for a few moments, “Excuse me for a few minutes—I’ll be right back.”

As promised, the good doctor returned—grinning widely, “Yes, I can help you. I just spoke to someone who knows you—Radiant-Dove White Eagle—does that name ring a bell, Miss Swanson, and Miss Claus?”

“She is an old friend of mine.”

“Well—then,” Louisa replied, “You should know, the names we go by now, are not aliases—they are our real names.”

“And our so-called boss doesn’t even know that,” Anna replied, “Louisa & Anna James are our real names.”

“You want to cut Radiant-Dove out?”

Season 16—Adventure 8—Deputies—Episode 9—Scene 1… The office of Dr. Pettersen… “Now—THAT’S interesting,” Pettersen replied, “That could be you first assignment. She WAS supposed to be working for me—but I’ve seen no income from her—only excuses.”

“It would be our pleasure,” Louisa replied, “She deserves to die.” 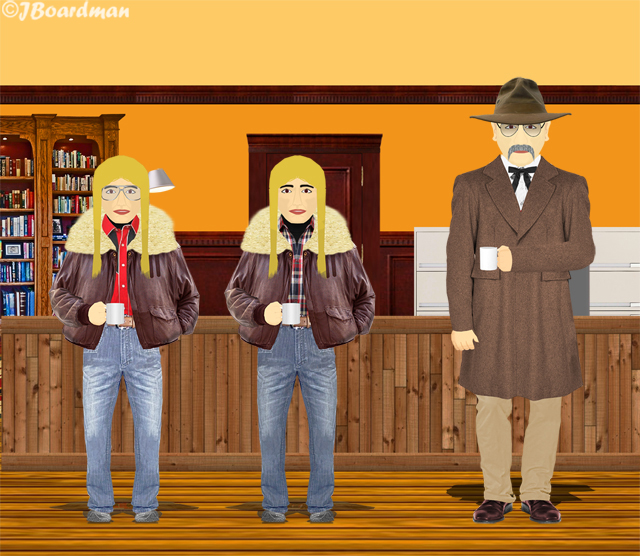 “She deserves to die.”

“Very-well, Louisa,” Pettersen replied, “You have the job, would ten-grand cover it?”’

“Why, yes—yes it would,” Louisa replied, “I’ll leave now—you can give Anna the tour?”

Episode 9—Scene 2… The reserve deputies were at Joey’s Café… It may seem inappropriate GENTLE READER©—but it was warranted… Susan Abedabun alias—Radiant-Dove White Eagle was found dead in her cottage! 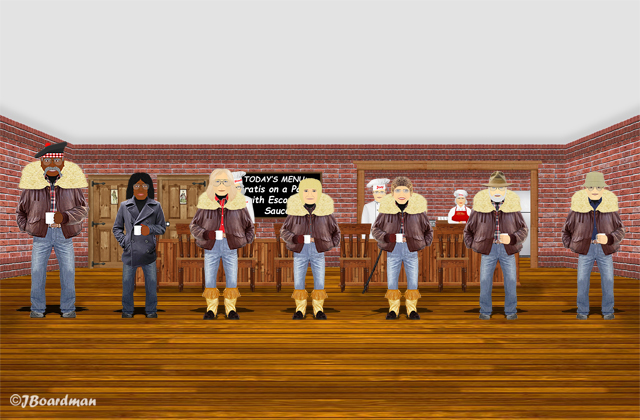 Radiant-Dove White Eagle was found dead in her cottage!

“That was a bit of a surprise—don’t you think?”

“We haven’t a clue, Joey,” Chris replied, “But—it is an excuse to end this—’Adventure,’ RIGHT?”

“Really?” Linda was less than pleased, “Only NINE episodes?”

“Yeah—so?” Boomer asked, “We have another series of episodes a-comin’!”

“I expect so,” Linda replied, “But nothing was resolved.”

“Susan Abedabun is dead,” Joey quipped, “That’s a big plus.”

“Yeah, Linda,” Chris was grinning, “We won’t have to suffer Joey’s cooking—we can eat junk-food.”

“I’m sorry, Joey,” Chris replied, “But we haven’t all worked together for a long time!”

“We HAVE to work TOGETHER?”

And so, this Adventure ends… Our Story Will Be Continued…

2 Responses to “She deserves to die.”