Previously: Episode 9—Scene 2… The reserve deputies were at Joey’s Café… It may seem inappropriate GENTLE READER©—but it was warranted… Susan Abedabun alias—Radiant-Dove White Eagle was found dead in her cottage!

“That was a bit of a surprise—don’t you think?”

“We haven’t a clue, Joey,” Chris replied, “But—it is an excuse to end this—’Adventure,’ RIGHT?”

“Really?” Linda was less than pleased, “Only NINE episodes?”

“Yeah—so?” Boomer asked, “We have another series of episodes a-comin’!”

“I expect so,” Linda replied, “But nothing was resolved.”

“Susan Abedabun is dead,” Joey quipped, “That’s a big plus.”

“Yeah, Linda,” Chris was grinning, “We won’t have to suffer Joey’s cooking—we can eat junk-food.”

“I’m sorry, Joey,” Chris replied, “But we haven’t all worked together for a long time!”

“We HAVE to work TOGETHER?”

And so, this Adventure ends… Our Story Will Be Continued…

Season 17—Adventure 1—Pettersen—Episode 1—Scene 1… In Pettersen’s Office… “First—I don’t expect you’ll be engaged in any criminal activity—but you will seek-out people who will be so-engaged.”

“How, exactly,” Anna was more than a little curious, “Do we do that?” 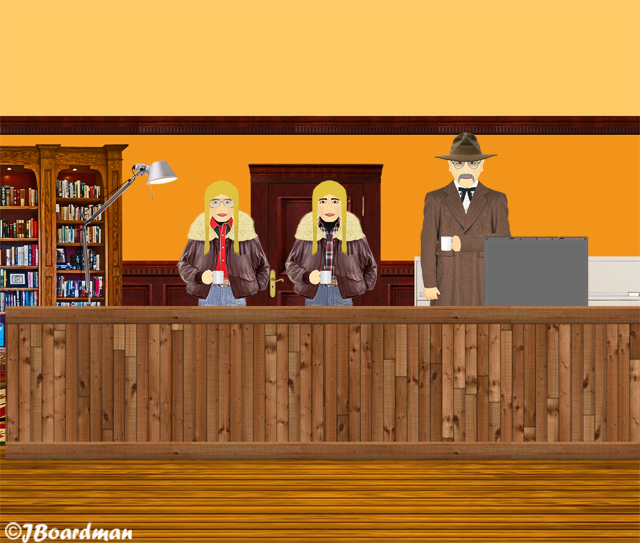 “That’s a given,” Anna replied, “Specifics?”

“You will, one at a time, be sent out to the boondocks to visit the dive bars you find—and just watch the patrons. After a while you’ll see people who really don’t belong in that kind of bar—those are the ones you should chat-up—because they simply don’t fit-in.”

“Just like we don’t fit-in,” Louisa added, “And too—we may be approached as well.”

“This could be fun,” Anna concluded.

To say these two young women were smart—would be an understatement, and Pettersen knew to watch his own back.

On the other hand—he was paying them a small, but significant fortune.

“A-HA!” Louise exclaimed, “Before you get any idea that you can divide us by getting romantically involved with the other—forget about it—it’s just not going to happen. You’re old enough to be our grandfather!”

“How did you know what I was thinking?”

“We can read you like a grade-school book,” she replied, “Now would be a good time to make us full-partners.”

“No matter what I suggest—that’s all customers want—go figure,” Joey replied.

“It IS good stuff,” Boomer laughed, “You could do worse.” 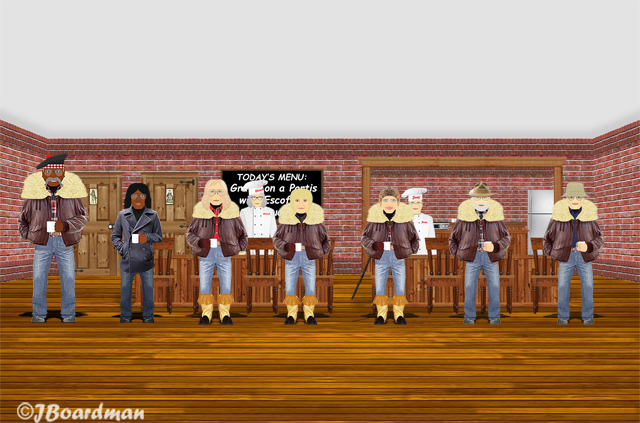 “You could do worse.”

5 Responses to “With great discretion.”