Previously: “How could we not hear it,” Boomer replied, “I’m surprised the entire bar didn’t hear what you said.”

“You are kidding, right?”

“Yes,” Joey replied, “And don’t bother giving us your card—we’re in.”

“We’ve been ‘not crapping in our living room’ for years,” Boomer added.

Neil Pettersen overheard the conversation and smiled—a little. These two just might be worthy of immediate promotion to team leaders like Anna and Louisa. He would talk to his brother, Bill about it.

Episode 4—Scene 2… Inside Mac & Collie’s Cabin… The Posse (minus Joey & Boomer) gathered for the first time in a long time with Mac & Collie McIntyre—to celebrate their return from Alabama.

“So, where are Joey and Boomer?”

“They’re on assignment for the Sheriff,” Chris replied, “And the rest of us are on call, if required.”

Season 17—Adventure 1—Pettersen—Episode 4—Scene 1… Inside Mac & Collie’s Cabin… “What are the odds we’ll be called?”

“Well—GOOD!” Mac exclaimed, “I was beginning to go a little stir-crazy—house cleaning, and all.” 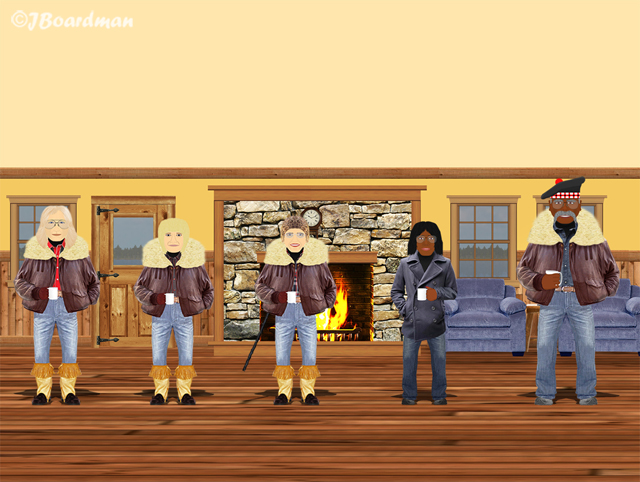 “The house cleaning, I was hiding away from…”

“We’ve been called,” Chris (thankfully—from Mac’s point of view) interrupted, “As predicted, Jimmy Silverthorn has called us in—Boomer and Joey are undercover, and Andy hasn’t heard from them, he wants us to report to his office.”

Episode 4—Scene 2… Inside the Sheriff’s Office… “Joey and Boomer have been hired by the newly formed Pettersen-James gang right here in Moosehead County,” Sheriff James Silverthorn announced, “I’ll need to activate you folks as reserve deputies. You will be tasked with keeping-track of their whereabouts.”

“How exactly,” Chris asked, “Should we proceed?”

“First—we should get Mac hired,” Jimmy replied, “Since he’s been out-of-town since September. Mac? Go to Lakeview City and just hang-out.”

“On it, Boss,” Mac rumbled—with his deep voice—it’s the only way he CAN speak. 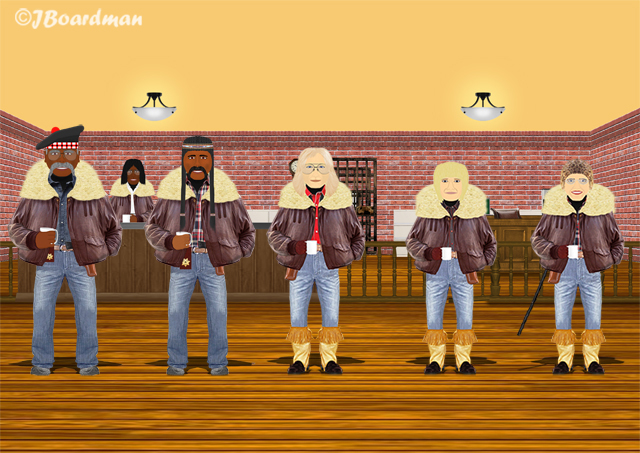 “The rest of you spend a little time in, and around Lakeview City, but don’t linger. It would also be wise to use your personal vehicles.”

“We just hang-out a bit,” Debra observed, “Maybe at the Codger Café, and then move-on.”

6 Responses to “What house cleaning?”