Previously: Chris & Linda stopped into the café, and were surprised when Cujo appeared, “Cujo—what’s up?” Chris asked.

“People-dogs Boomer & Joey have been assigned by the Pettersen brothers—with their teams to go to Duluth and Superior and rob banks.”

“No, it isn’t, but you must leave now to set-up the banks to be ‘robbed’ by providing bags of marked bills to selected banks while I tell the boys which ones to rob.”

“Indeed, the list is in your cars—leave as soon as you can.”

An hour later—they were on the road.

Season 17—Adventure 1—Pettersen—Episode 6—Scene 1… Meanwhile—in Duluth, Minnesota, on the North Pier… Cujo met with Boomer & Joey, “These are the banks you will rob—I’ve set the up with bait money. You will stop back here and divvy-up the money.” 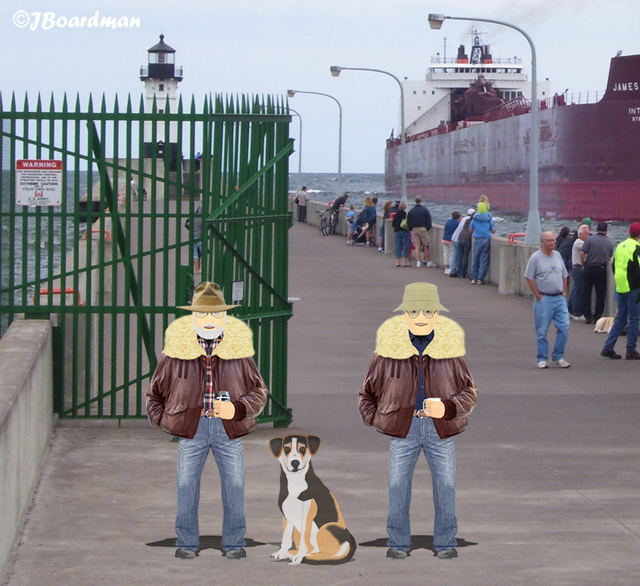 “Of course—you need to be seen. Afterwards you will be stopped by the Duluth police, and ‘arrested,’ your partners will observe the arrest.”

“And then what is the plan?” Boomer asked.

“They will report your arrest to your ‘bosses,’ and that will release you from their service—Posse-members will take over for you with the gang.”

Episode 6—Scene 2…Later, on the Duluth North Pier… “Excuse me, ma’am,” Joey asked, “Would you be kind enough to photograph us with these gag money bags?”

“Sure—line-up with the bags in front of you.” 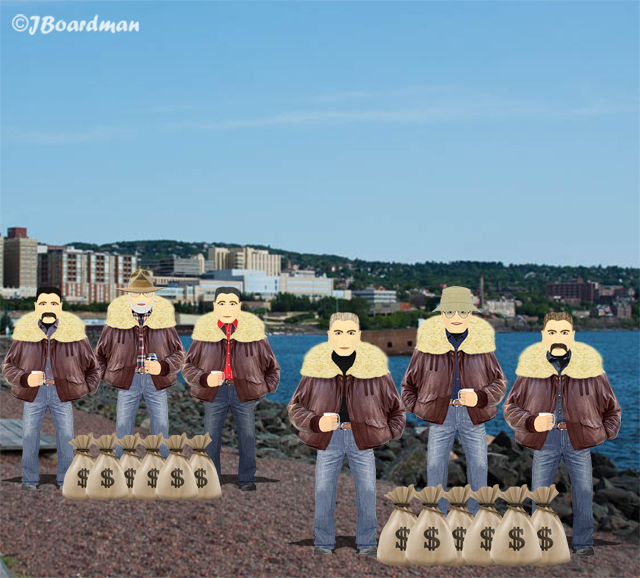 “Sure—line-up with the bags in front of you.”

They did, and she took the shot with Boomer’s phone.

And Boomer immediately uploaded the photo to Photogram© for everyone to see.

Which, of course, was seen by Neil S Pettersen at his HQ, who exclaimed, “Oh—they are so DEAD!”

“We surrender,” Joey laughed, “We did the deed.” 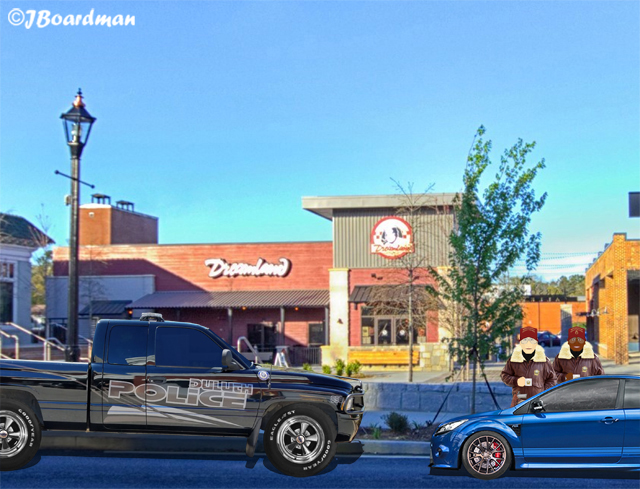 “We are being watched, so we’ll put-on a good arrest show.”

They were frisked, cuffed, and put in the open pick-up truck box, “Sorry about that.”

“When can we pick-up my car?” Boomer asked.

“Not another Ford, I hope,” Joey laughed.

“Cujo knows what I like—so go blow a dead goat.”

“So, apparently, does the writer of this cheesy fiction.”