Previously: “How long ‘til we get there, Chris,” Linda radioed.

“Another hour I suspect.”

“I know a place—the Black Woods Grill and Bar,” Linda said, “And it’s right on our way.”

Episode 7—Scene 3… Outside the Black Woods Bar & Grill… “Now—we ARE there!”

“They have a large menu—chock-full of yummy stuff,” Linda said, “Ralph and I have stopped several times.”

“What are we waiting for?”

Season 17—Adventure 1—Pettersen—Episode 8—Scene 1… The Posse arrived at the Comfort Suites Hotel… Fortunately, Boomer knew of an event happening in Duluth—and he called his friend, Marshal, who works the front desk at Comfort Suites, and asked if there were any available rooms. 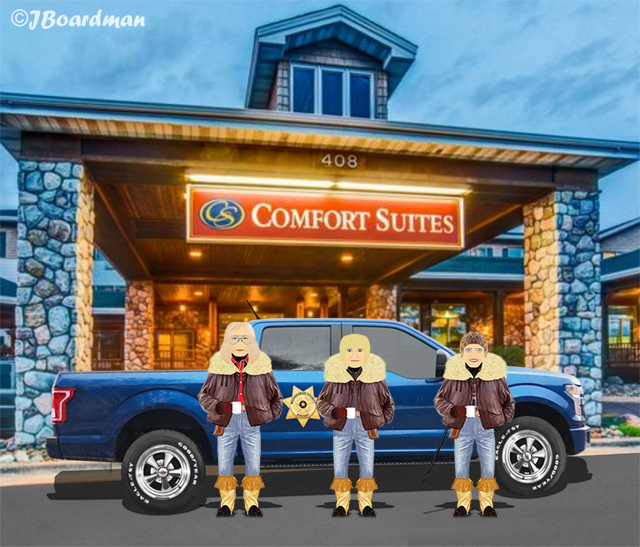 Fortunately, Boomer knew of an event happening in Duluth

As it happened—he had a cancellation and a large suite was available. He made the reservation immediately and called the deputies and told them where to go (no—GENTLE READER—not what you’re thinking – SHAME ON YOU!).

“I’ve been expecting you,” the desk clerk, Marshal, greeted, “Your room is ready.” 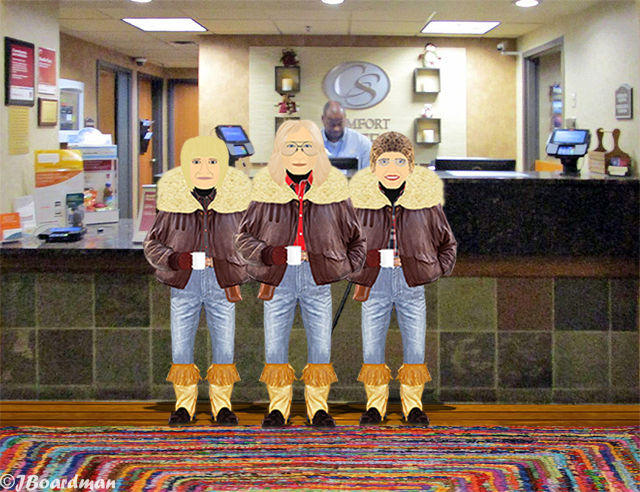 “Your room is ready.”

“I heard there was some event that filled the hotels,” Linda replied.

“Yes—even the flea-bag hotels in town have no vacancies,” he replied, handing them the room key-cards, “Comstock Industries annual meeting is being held at the Convention Center, not to mention an airshow at the airport.”

“Almost as bad as ‘Bentleyville,’ I suspect.” 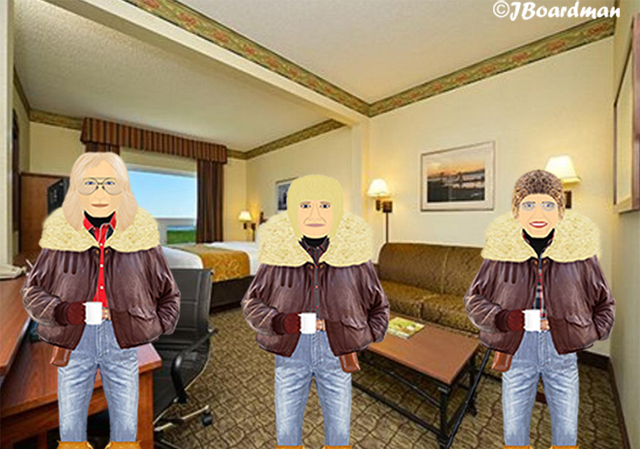 “It’s bigger than I imagined.”

“Ralph and I usually stay at The Inn on Lake Superior, and we love it,” Linda said, “But—this will do nicely.”

“Let’s get settled, and then explore a little,” Chris suggested, “I’ve never been here.”

Twenty-minutes later—they did just that. The Canal was not yet awake, and they had no crowds to fight. Linda showed them all the sights. 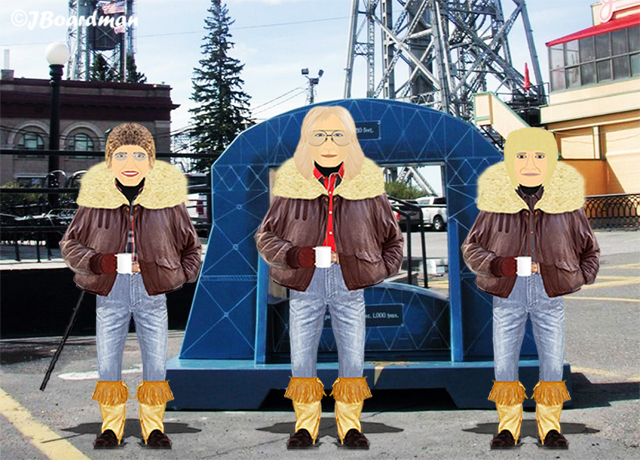 They ended their explorations on the Duluth Lakewalk—not far from the motel.

“They have a complimentary breakfast at the hotel,” Linda replied, “Boomer told me it’s not a bad option.” 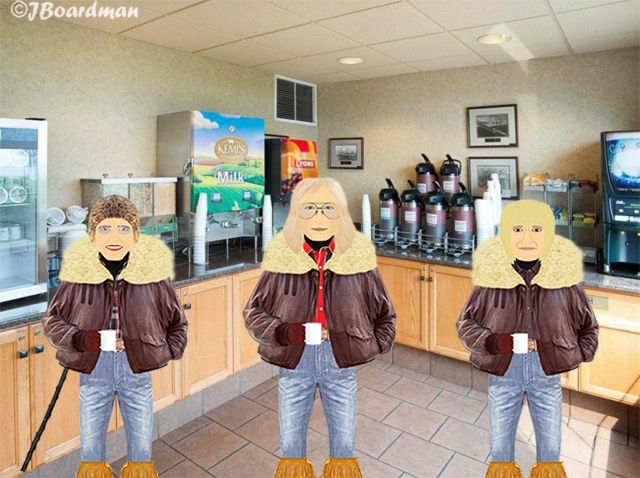 There they found a decent variety of entrées available. While not gourmet meals—they were tasty.

4 Responses to Bald-Faced promotion of the Comfort Suites Hotel…