PREVIOUSLY: They came from the St. Paul suburb of Brooklyn Heights—where Mr. Snideley was employed as a computer programmer.

While Minnesota prides itself as being welcoming to all—the truth of the matter is that racism exists almost everywhere—but particularly in the suburbs.

The mixed-race children were constantly subjected to racial-slurs—especially Billy—with his dark complexion and blue eyes—he got it from both dark & light-skinned kids.

“If Camille Farkleberry represents the attitude of the Danger Bay area—we may have found a real home.”

“You may be right, Prissy,” Jon replied, “I get that same feeling—but—one never knows.”

“I wonder if there is a daycare operation nearby?”

“Let’s go into town and find-out.”

Episode 2—Scene 3… Outside Kiddie Korner… The Snideleys were a little surprised to find a daycare facility so close to home—less than a mile, “This place is convenient.”

Season 17—Adventure 2—Everyday Life—Episode 3—Scene 1… Inside Kiddie Korner… “Hello. I’m Janet Ridder, I own this outfit—how may I help you?”

(My parents enrolled me at the real “Kiddie Korner” for a year in 1956 in North Saint Paul, MN, and it was owned by Janet Ridder—this facility is based on that experience, GENTLE READER.)

“We are Jonathan and Priscilla Snideley and we just moved here, and once I find employment,” Prissy explained, “We’ll require daycare for our twins, Billy and Cassie.”

“I work as a computer programmer,” Jonathan added, “Mostly no-site. Which is why we’ll need daycare.” 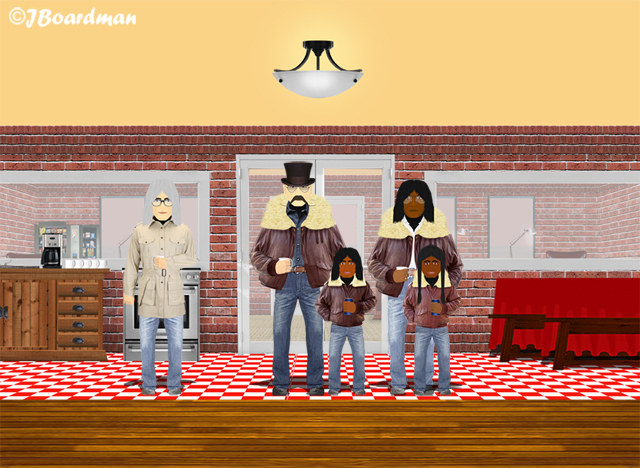 “Mostly no-site. Which is why we’ll need daycare.”

“Perhaps I can help,” Janet replied, “On both your problems. Priscilla? How would you like a job here—helping me with the children?”

“REALLY? I certainly would love that!”

Episode 3—Scene 2… The next day inside Silverthorn’s Café… While Priscilla went to work at Kiddie Korner, Jonathan discovered Silverthorn’s. 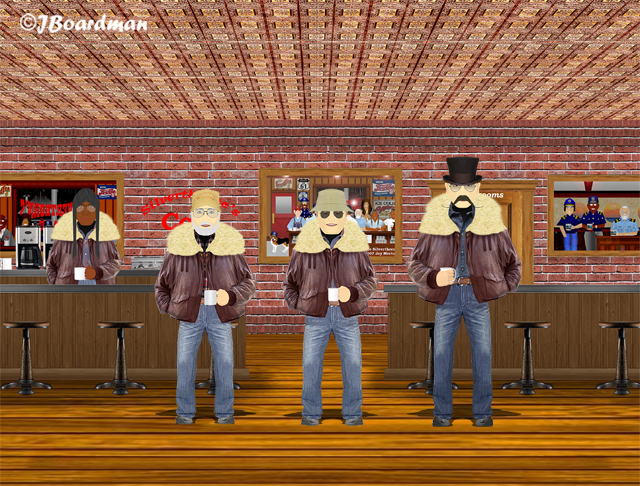 “What do you fellas recommend?” Snideley asked.

“Everything on the menu,” Joey replied, “It’s all good.”

“Just avoid the Gratis on a Portis with Escoffier Sauce.”

“Good to know,” Jonathan replied, “And you are?”

“Right in the head?”

“Heck no—I hang-out with him.”

6 Responses to “… He just ain’t quite right in the head.”