Previously: Everybody who is anybody in the Port of Danger Bay arrived at the reception hall.

Parking was, in a word—difficult, to say the least.

It was testimony to the popularity of both Chris & Wyatt among the citizens of Moosehead County.

“Wow Joey!” Chris Earp exclaimed, “This place looks perfect—thank you so much.”

Chris didn’t say where they were heading, as they hadn’t yet made that decision. 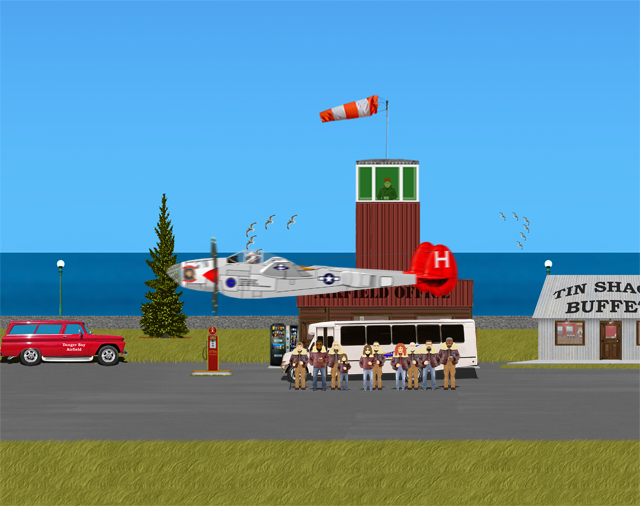 “Bon-voyage,” Linda said as the Earps performed a flyby, “Wherever that may be.”

“I wonder where they’re headed,” Boomer said, “The last vacation they took was a road-trip ending in San Francisco.”

“Maybe we should go beat-up some sky?” Linda hopefully asked?

“I’d love to—but I have some new menu ideas to test,” Joey replied.

“I have a new vehicle to check-out at Farkleberry’s,” Boomer said.

“Collie and I have a garden to tend—weeds are not our friends,” Mac rumbled.

The gaggle of friends soon were off to tend to their lives.

Episode 6—Scene 2… Farkleberry Motors… “Here it is, Boomer, what do you think?”

“Let’s see—trailer hitch, ‘Gandalf’ graphic,” Boomer replied, “What have you done regarding performance?”

“Two-stage turbo-charger, just as we discussed.” 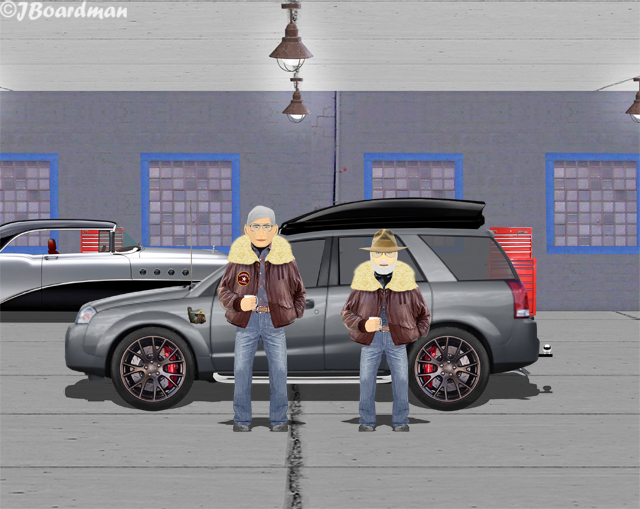 “Two-stage turbo-charger, just as we discussed.”

“A long flight in your Lightning?”

“Make it three, and it’s a deal!” Boomer replied.

“I’ll have it completely set to go tomorrow—I still need to apply clear coat paint protection on it.”

Episode 6—Scene 2… Outside the Snideley Home… An old Cadillac limousine arrived—its occupants quickly went to the door and knocked.

They were immediately let into the house, “We’ve been expecting you.”

“Have you taken-care of business as we asked?”

“Very-well, then,” their guest replied, “It’s time to begin the second phase of our operation—I assume you’re prepared?”

6 Responses to “We’ll let you know—when we decide.”