“Thanks, Lar, I can’t wait to put Gandalf through his paces!”

“I’ll leave the Power Wagon here for you to work your magic.”

“Good, Joey,” Farkleberry replied, “Give me a week to get it done.”

“Take all the time you need—I don’t drive it all that much,” Joey replied, “The Challenger is way more fun.”

“Good day, ladies, how are you,” Jimmy replied.

“Honestly?” Linda replied, “We were just discussing those new people in town, and they’re giving us rather bad vibes.”

“You too, huh?” Jimmy replied, “Uncle Hiram and I have been discussing the same thing.”

Season 17—Adventure 3—SCRAMBLE!—Episode 1—Scene 1… At Silverthorn’s Downtown Café… “We believe they’re installing tracking software when they network customer’s computers, and we’ve disrupted their monitoring of our network by setting-up a secret, encrypted, network,” Hiram Jr. explained, “We continue to use the regular network for harmless traffic.”

“Good thing we haven’t been approached at the Danger Bay Airfield—yet,” Linda replied, “How should we handle it?” 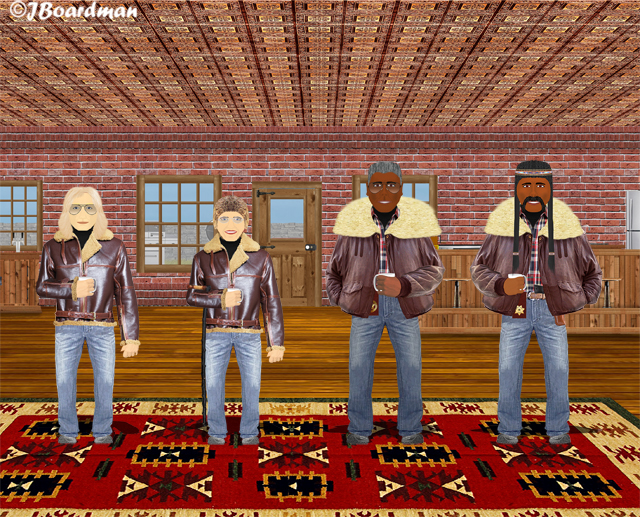 “How should we handle it?”

“We’ll stop there and set-up an encrypted system—Jimmy here is something of a wizard at encryption.”

“My systems management degree HAS come in handy,” Jimmy added, “It would be a more lucrative occupation—right, Uncle Hiram?”

“Law enforcement is in your blood, nephew.”

Too bad they MAY not get home. 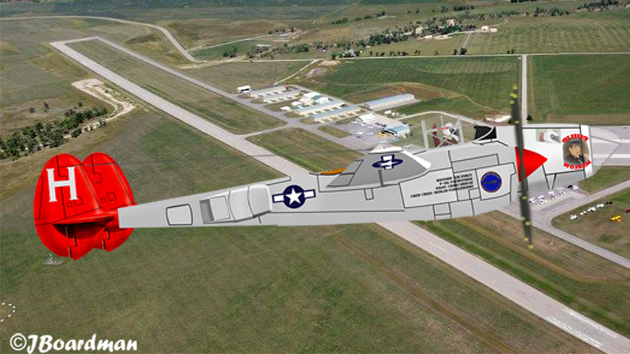 Too bad they MAY not get home

They were cruising in a clear blue sky when they were attacked by four P80 Shooting Star airplanes. 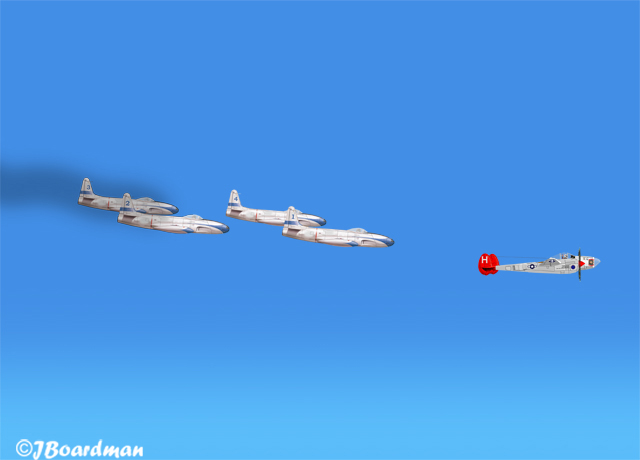 Their airplane sustained no damage.

One of the attackers broke from combat, the others had no appetite for an armed opponent—and streaked-away at full throttle. 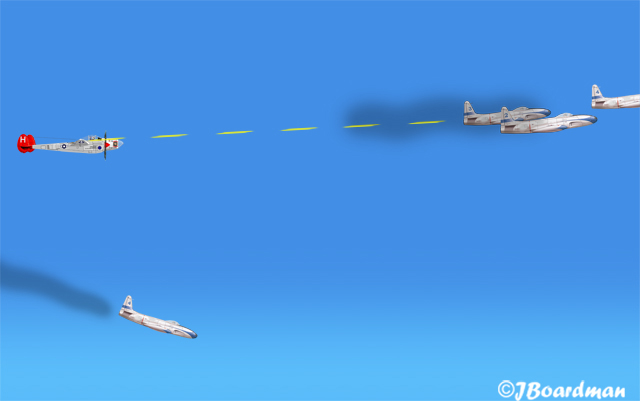 One of the attackers broke from combat…

Chris followed that airplane and observed it land on a dirt road, “Should we land, Wyatt?”

“That pilot appears to be chicken, let’s go get him.”