They were cruising in a clear blue sky when they were attacked by four P80 Shooting Star airplanes.

Their airplane sustained no damage.

One of the attackers broke from combat, the others had no appetite for an armed opponent—and streaked-away at full throttle.

Chris followed that airplane and observed it land on a dirt road, “Should we land, Wyatt?”

“That pilot appears to be chicken, let’s go get him.”

Season 17—Adventure 3—SCRAMBLE!—Episode 2—Scene 1… Danger Bay Airfield Silverthorn’s Café… It was the regularly scheduled Historic Air Force member’s meeting (at least when they’re not on an “adventure”) at the café.

The event had barely begun when Jonathan and Priscilla Snideley joined them. 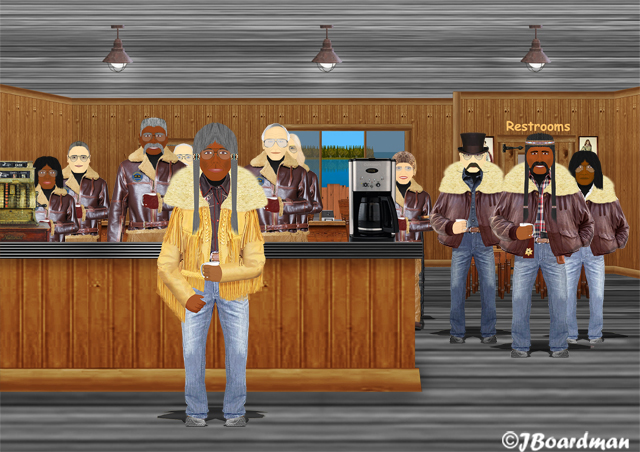 Jonathan and Priscilla Snideley joined them

That was a BIG mistake—as Sheriff James Silverthorn was expecting—and waiting for them, “Jonathan and Priscilla Snideley—you are under arrest.”

“We’ll discuss that in the car.”

“Well—wasn’t that a surprise,” Mac (the current commander of the 48th Fighter Group of the Historic Air Force) quipped as Jimmy Silverthorn led the two out the door, “Let’s get down to business.” 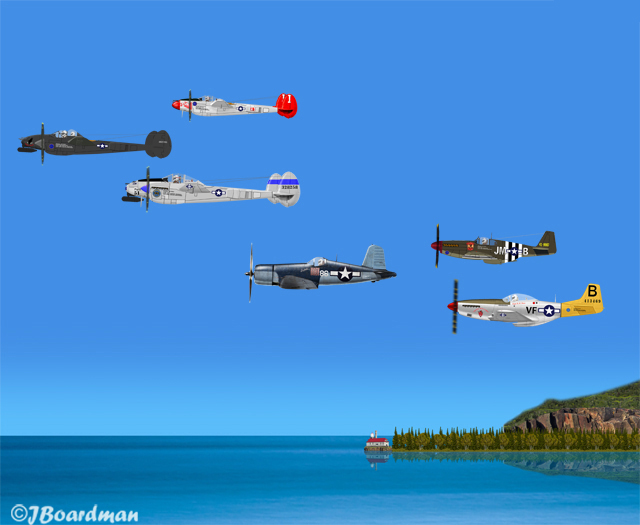 Mac gave the order and within minutes, the 48th Fighter Group were in the air and on their way to the Black Hills.

Episode 2—Scene 2… Black Hills, SD, Chris & Wyatt Discovered the Abandoned P80… “It appears as though the plane has been abandoned, Wyatt.”

“Land this beast, Chris, let’s see if the pilot is nearby.” 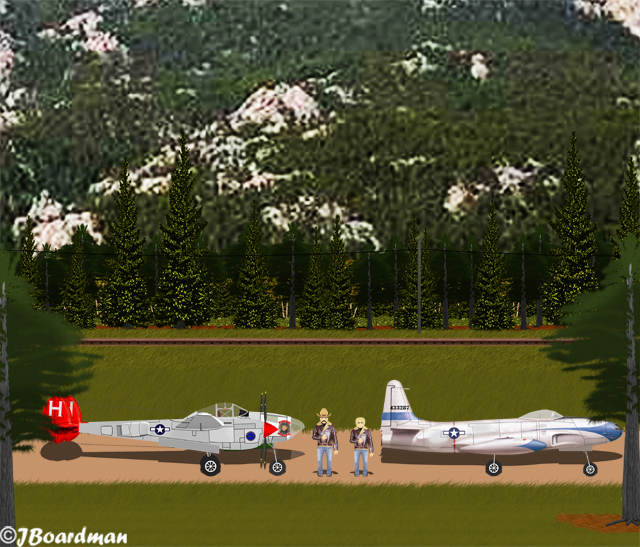 “No—let’s keep them coming; we may need their help.”

Episode 2—Scene 3… Black Hills, SD… At a small airport… Dick Jones, Don Samuels, Clyde Hosfield, Will Brickman, Tom Thomas, and the Commander, Dennis Wiggins Got out of their respective P80 Shooting Star airplanes—Wiggins was in a rage, “HOW is it possible that we—YOU ran from a single opponent?” 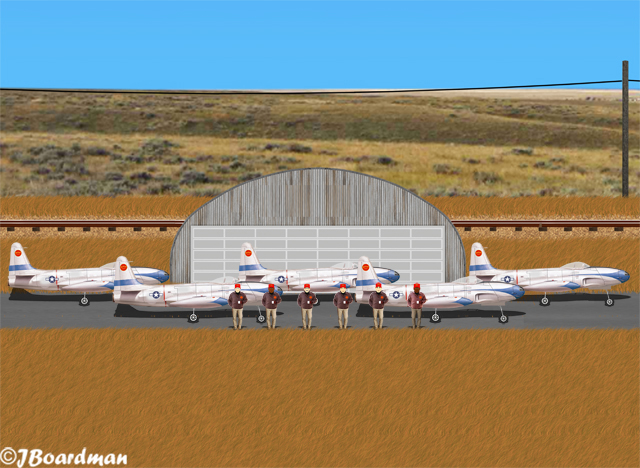 A bit chagrined, Wiggins calmed-down before he spoke, “Indeed. Clearly, we must continue training, so this doesn’t happen again.”

“What we should do—is get the hell out of Dodge… er… South Dakota,” Thomas suggested, “We’re too well-known, and too easy to find hereabouts.”