To the Victors go the spoils of Battle…

PREVIOUSLY: “It appears as though the plane has been abandoned, Wyatt.”

“Land this beast, Chris, let’s see if the pilot is nearby.”

“No—let’s keep them coming; we may need their help.”

Episode 2—Scene 3… Black Hills, SD… At a small airport… Dick Jones, Don Samuels, Clyde Hosfield, Will Brickman, Tom Thomas, and the Commander, Dennis Wiggins Got out of their respective P80 Shooting Star airplanes—Wiggins was in a rage, “HOW is it possible that we—YOU ran from a single opponent?”

A bit chagrined, Wiggins calmed-down before he spoke, “Indeed. Clearly, we must continue training, so this doesn’t happen again.”

“What we should do—is get the hell out of Dodge… er… South Dakota,” Thomas suggested, “We’re too well-known, and too easy to find hereabouts.”

Season 17—Adventure 3—SCRAMBLE!—Episode 3—Scene 1… At about the same time as Wiggins spoke, Wyatt finished inspecting the P-80… “Chris!” he exclaimed, “There is nothing wrong with this airplane.” 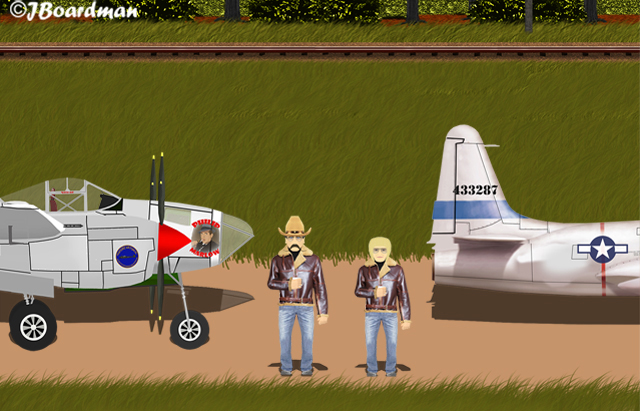 “I do need my own airplane,” Wyatt replied, “Contact our Posse, and call them off as I see if can figure-out how to start this beast.”

Chris notified the Posse, and then heard the P80 spool-up its jet engine.

She grinned widely as she climbed back into her “Pathfinder” P38 and prepared to take-off.

Episode 3—Scene 2… The Historic Air Force Posse over Western Minnesota… “Turn around, gang—we’re heading home!” Mac gave the order, “Chris and Wyatt have captured an airplane and are on their way home!” 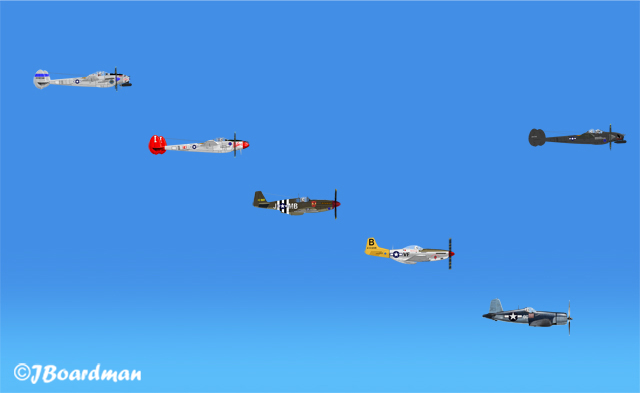 “YAY!” Joey exclaimed, “Hey Boomer, will you give me a ride to Farkleberry’s?”

“My Dodge three-quarter ton should be ready.”

“No—it won’t. I told Lar you changed your mind.”

“Hey Ralph, let’s have a party when we get home.”

Debra overheard Linda, “PARTY? I’m all over that!”

“Sure—that’ll give us some time to prepare a feast.”

Two hours later—Boomer and Joey were on their way to Farkleberry’s Garage.

4 Responses to To the Victors go the spoils of Battle…