He went directly to the Administration Office

Joey & Mac headed out on Lake Superior to do a bit of fishing—making the seagulls very happy to follow along.

Debra had enough of adventures and Collie McIntyre suggested they get to know one-another a little better.

Collie accepted the invite—and offered to bring some of her down-home Southern-style home-made cookies to sweeten the deal.

Not one of our heroes suspected that there’d be any trouble.

They were (of course) wrong in that assumption.

Allowing the Recreational Airforce time to set-up their training without being bothered by our heroes.

Episode 6—Scene 1… Meanwhile—the Recreational Air Force began training… Oh! I have slipped the surly bonds of Earth
And danced the skies on laughter-silvered wings;
Sunward I’ve climbed, and joined the tumbling mirth
Of sun-split clouds, — and done a hundred things
You have not dreamed of…

­­They practiced gunnery in the daytime… 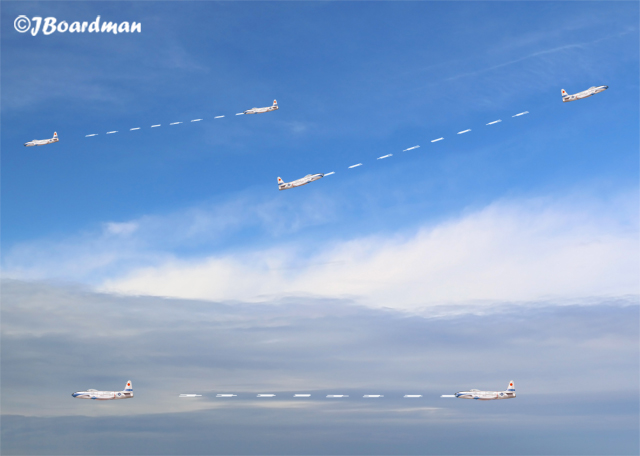 They practiced gunnery in the daytime…

They practiced gunnery at night… 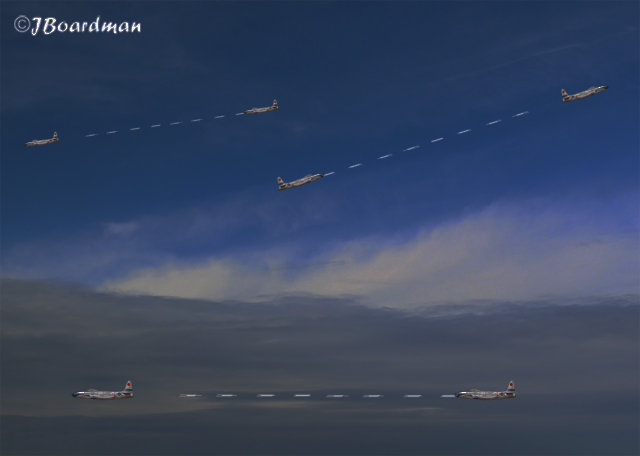 They practiced gunnery at night…

After two weeks—they started to show improvement. Enough so that Wiggins decided to visit the Danger Bay Airfield and poke around.

He went directly to the Administration Office—where fortunately Andrew Boardman was on duty, “Excuse me, could you tell me where the Historic Airforce hangars their airplanes?” 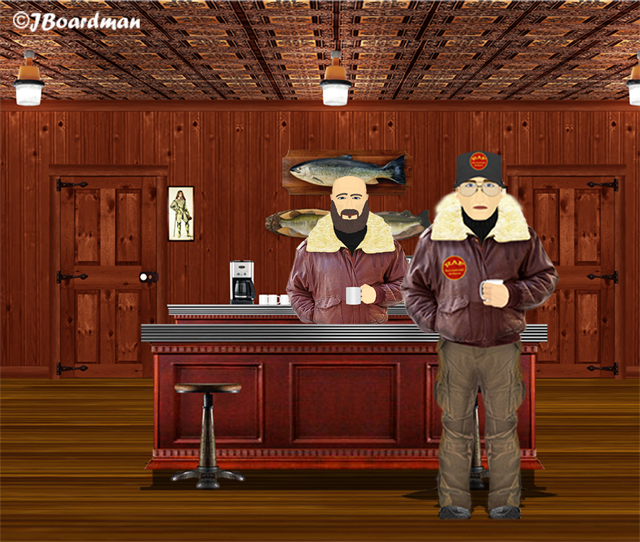 He went directly to the Administration Office

“Usually in their hangars, but the airplanes aren’t there now,” Andrew replied, “They were ferried to Saint Louis, Missouri for complete overhauls.”

“Really?” he replied, “I was under the impression they were open for tours on Mondays.”

“They are—usually. But annual inspections are required by the FAA.”

“Oh, of course. The wife and I came to town just to see the planes.”

“I’m sorry, but had you checked their event schedule, you could have saved yourself a trip. The schedule is on their website.”

Episode 6—Scene 2… At Silverthorn’s Airfield Café… Wiggins decided to have Hosfield visit the Airfield Café, just in case someone there would mention the pilots’ current whereabouts.

All he did was listen. He didn’t want to draw attention to himself by asking what could be interpreted as nosey. 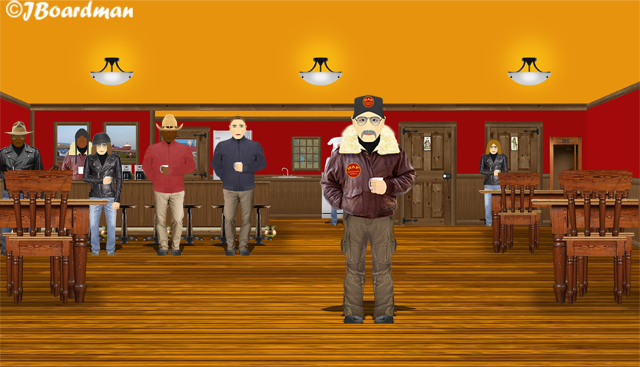 All he did was listen.

“It sure is quiet here without all the pilots.”

“Yeah, but I drive a Piper Cub, not one of those old warbirds.”

“A couple went out with ‘One-Eye’ to do a bit of fishing,” his friend replied, “And I hear four went down to Duluth.”

Wiggins had enough information, he thought, to take action against some of his foes… at least those out on the lake.

4 Responses to He went directly to the Administration Office